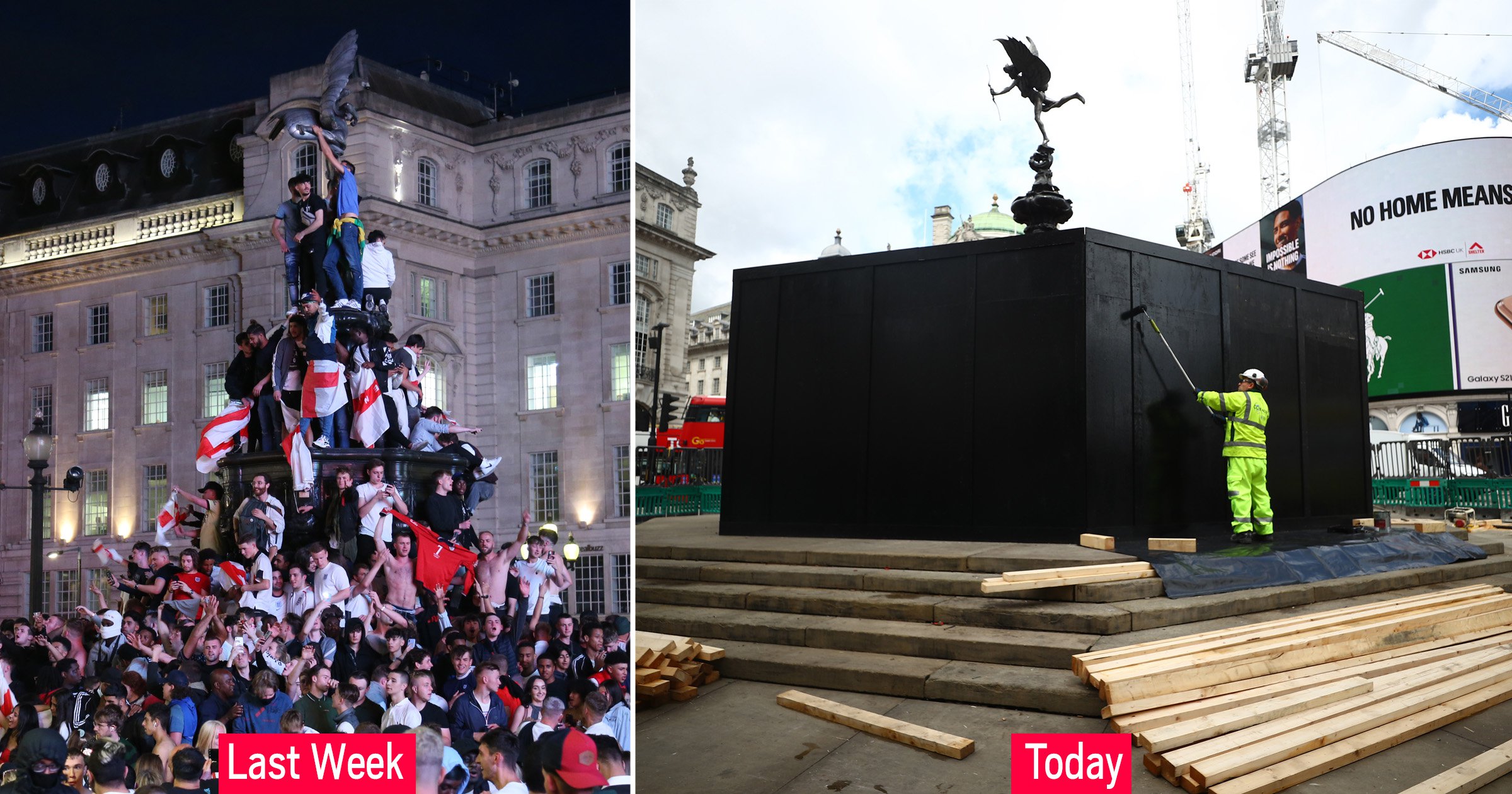 A historic fountain has been boarded up to stop England fans from climbing all over it if their team wins against Denmark tonight.

The Shaftesbury Memorial Fountain on Piccadilly Circus – popularly known as Eros – has witnessed wild celebrations after the national team’s wins against Germany and Ukraine in Euro 2020.

But authorities are taking no chances with the 129-year-old landmark this time around and have put protective hoardings around it. Huge boxes of concrete are being used to reinforce the wooden barrier.

Fans were pictured hugging and cheering at the top of the fountain after England defeated Germany in the last 16 game in the competition.

Crowds amassed at all levels of the structure after spilling out of pubs and the nearby fanzone in Trafalgar Square.

Several supporters, one of whom was holding a traffic cone and another who was swigging from a bottle, climbed to the top.

There were similar scenes after the victory against Ukraine and The Met Police warned people to stay away from Piccadilly Circus as more and more fans flocked to the landmark to celebrate.

Remnants of the festivities could still be seen on Tuesday, with bottles of Budweiser lining the fountain’s basin.

Now, fears have been raised over whether the delicate structure can cope with such treatment.

The sculpture by Alfred Gilbert has had to be restored several times in the past and has a history of being targeted by vandals.

Westminster Council has come up with several different strategies to try to keep it safe.

In 2013, a protective snow globe was erected to cover the structure but this deflated in high winds and pouring rain.

Over Christmas 2014 it was then covered by a giant present to stop drunken revellers from attempting to climb it.

Earlier this year artists placed hundreds of flowers from the Covent Garden Flower Market over the fountain.

The statue on top is widely known as Eros – after the Greek god of love – but actually depicts Anteros, the deity’s brother.