Annunziata Rees-Mogg, Lance Forman, John Longworth and Lucy Harris are expected to be unveiled as Conservative MEPs later today by the party’s leadership. This publication understands Conservative chairman James Cleverly will make an announcement later today. Last month they quit Nigel Farage’s movement to back the Prime Minister’s Brexit withdrawal agreement and support the Tories in the general election. 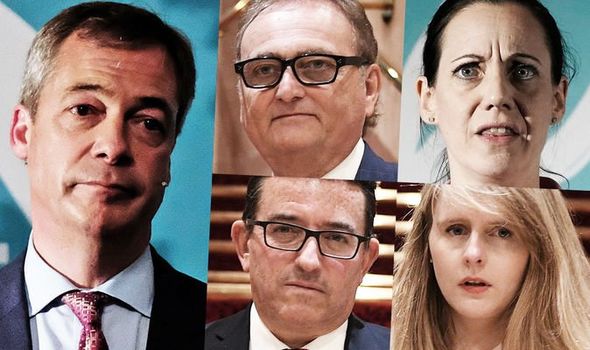 Their move will double the Conservatives’ ranks in the European Parliament to eight representatives, handing Mr Johnson a significant boost for his divorce deal.

Euro parliamentarians are expected to vote on the withdrawal agreement on January 29, after a similar vote in the House of Commons.

“We are passionate democrats who believe the result of the referendum must be fulfilled… and while this deal is not perfect it is sufficient to remove us from the gridlock,” the four said in a joint video.

“Even if you and your family have never voted Conservative before – this is a unique time in history.”