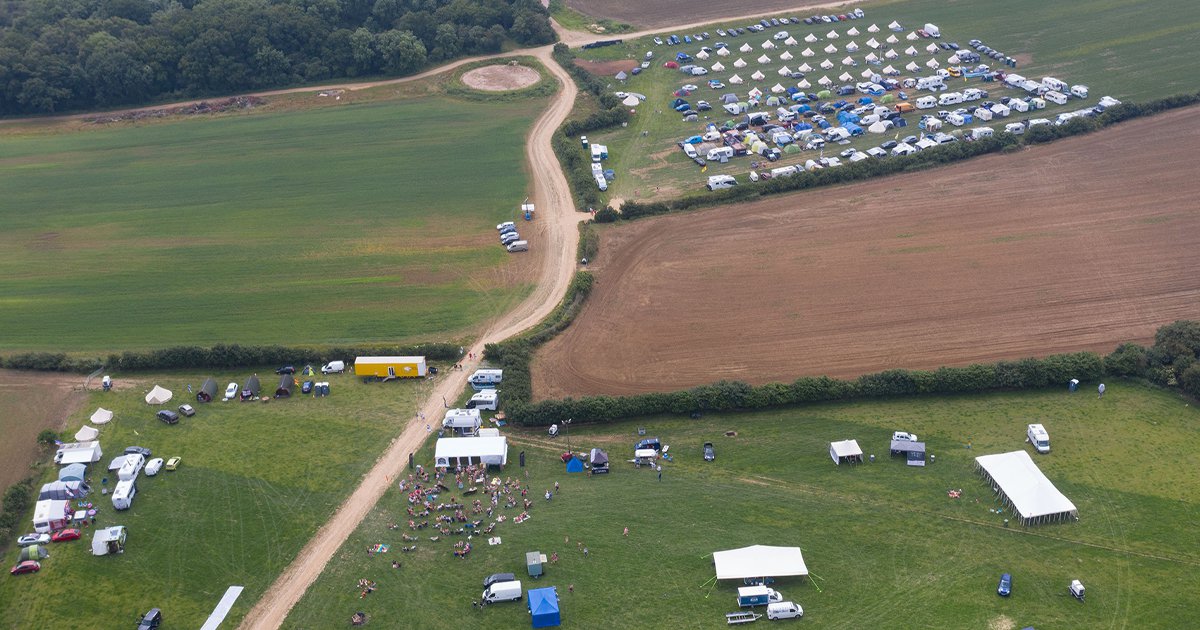 Villagers were left fuming after hearing ‘loud screams and moans’ from a swingers festival.

Around 400 couples flocked to the four-day event, where a Mr and Mrs Swingathon contest, a wet T-shirt competition, a mobile dungeon and fetish demonstrations were all on offer.

Tickets, priced at £200 per pairing, were only sold to those who had at least three personal verifications on their Fabswingers profile.

While some residents complained about the noise, one local told LincolnshireLive they found the whole thing funny.

They said: ‘I giggled but I wasn’t affected by it – I find it hilarious.

‘I would be the first to call the police if it was disturbing me but if it floats their boat then let them get on with it because we’ve been through such a terrible time.’

Those living nearby have been more disturbed by music festivals playing ‘thud, thud, thud’ music, the neighbour added.

Guests were not given the address of the event, held in a field off the A52 in Oasby, near Grantham in Lincolnshire, until 48 hours before it started.

The spot was heavily patrolled by security guards during the gathering, which took place from July 2 to July 5.

Guests stayed in four-person luxury yurts with hot tubs – but ‘there was a lack of loos and washing facilities’, one guest has alleged.

They told The Mirror that there was no social distancing enforced but everyone attending was required to take a lateral flow test two days before arriving.

North Kesteven District Council said: ‘A licence application was correctly issued, for a bar and regulated entertainment up to 11pm in association with what was described as “private camping for a private camping club”.

‘So long as the event is conducted within the restrictions of the Temporary Event Notice in place, and in a lawful manner, there is nothing more for the Council to do in respect of this event.

‘Ultimately the event organiser is responsible for ensuring the event is compliant and runs safely.’

King William: Prince William could change his name when he takes the throne