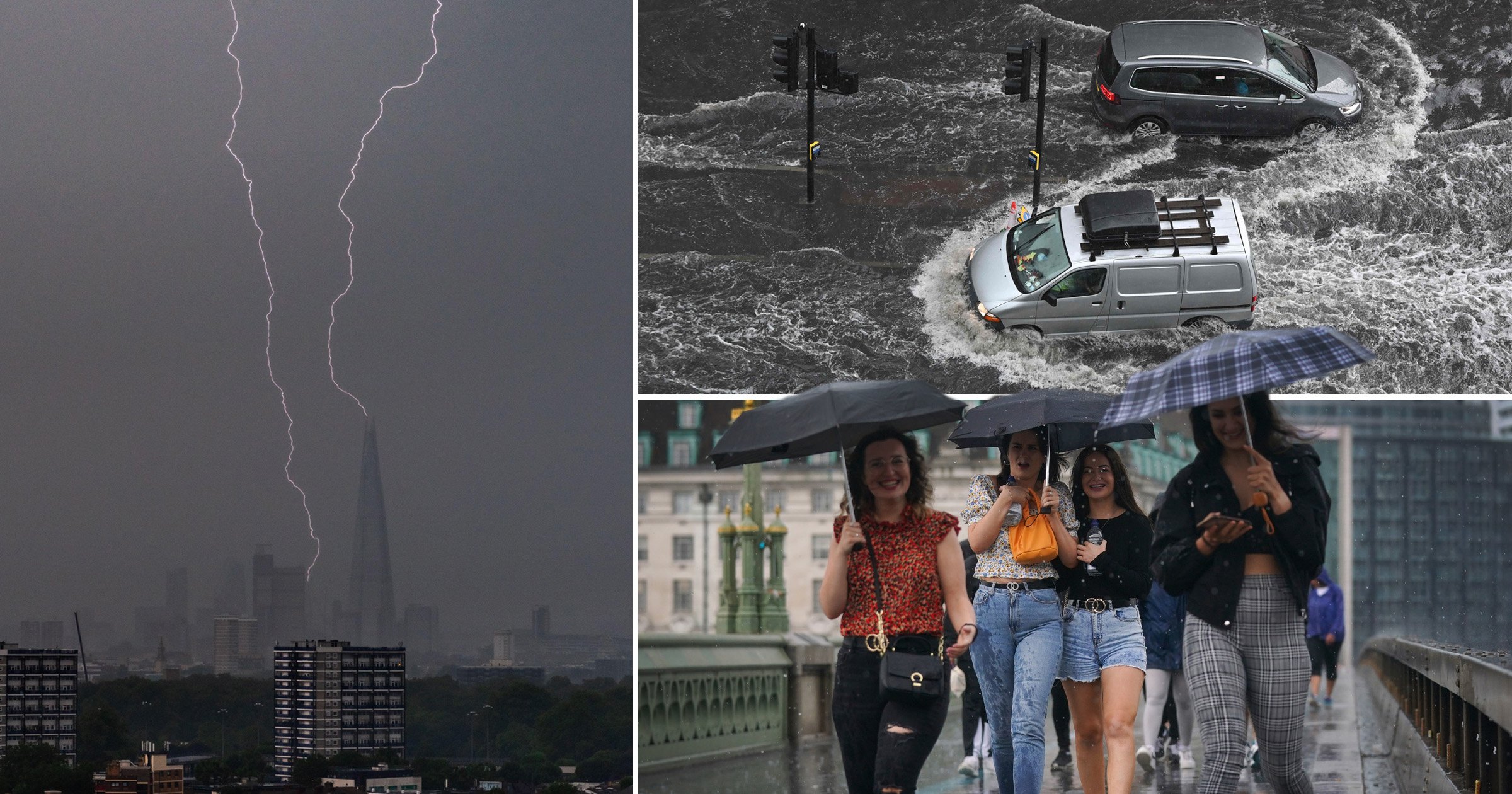 Weather warnings for thunderstorms and heavy rain have been issued as London recovers from another weekend of flash flooding.

The extreme weather that hit the capital could make its way to other parts of the UK over the next four days, with yellow alerts in place until Thursday.

Torrential rain forced Whipps Cross Hospital in east London to cancel all of today’s operations, while a family’s home in nearby Walthamstow was flooded as they met for the first time in 18 months.

The wettest part of the country was St James’s Park, where 41.8mm of rain fell in a matter of hours – nearly the average for the whole of July.

Thunderstorm warnings are in place for much of the Midlands and northern England between 9am on Tuesday and 6am on Wednesday.

A second storm warning covers most of Scotland for 12 hours from noon on Tuesday, while a yellow rain alert is in place for all of Wednesday and the early hours of Thursday.

A Met Office spokesperson said: ‘The current dominant weather pattern of the UK is set to be a spell of low pressure, bringing with it some more persistent rain from Tuesday and into Wednesday, with some slow moving heavy rain expected over Scotland on Wednesday in particular.’ 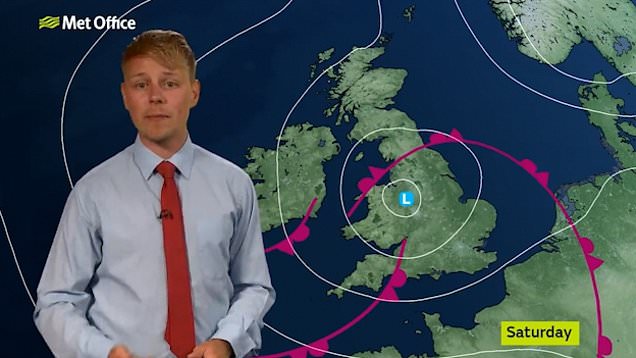 Britain has recorded seven of its 10 wettest years on record since 1998.

Greenpeace UK’s policy director, Doug Parr, said: ‘Despite decades of warnings, it seems as if there is a reluctance from governments to act decisively on climate change until the flood waters are lapping at your toes.

‘Extreme weather of the kind being experienced across the world this summer will only increase in the UK, in both frequency and intensity, unless action is taken to curb emissions.’