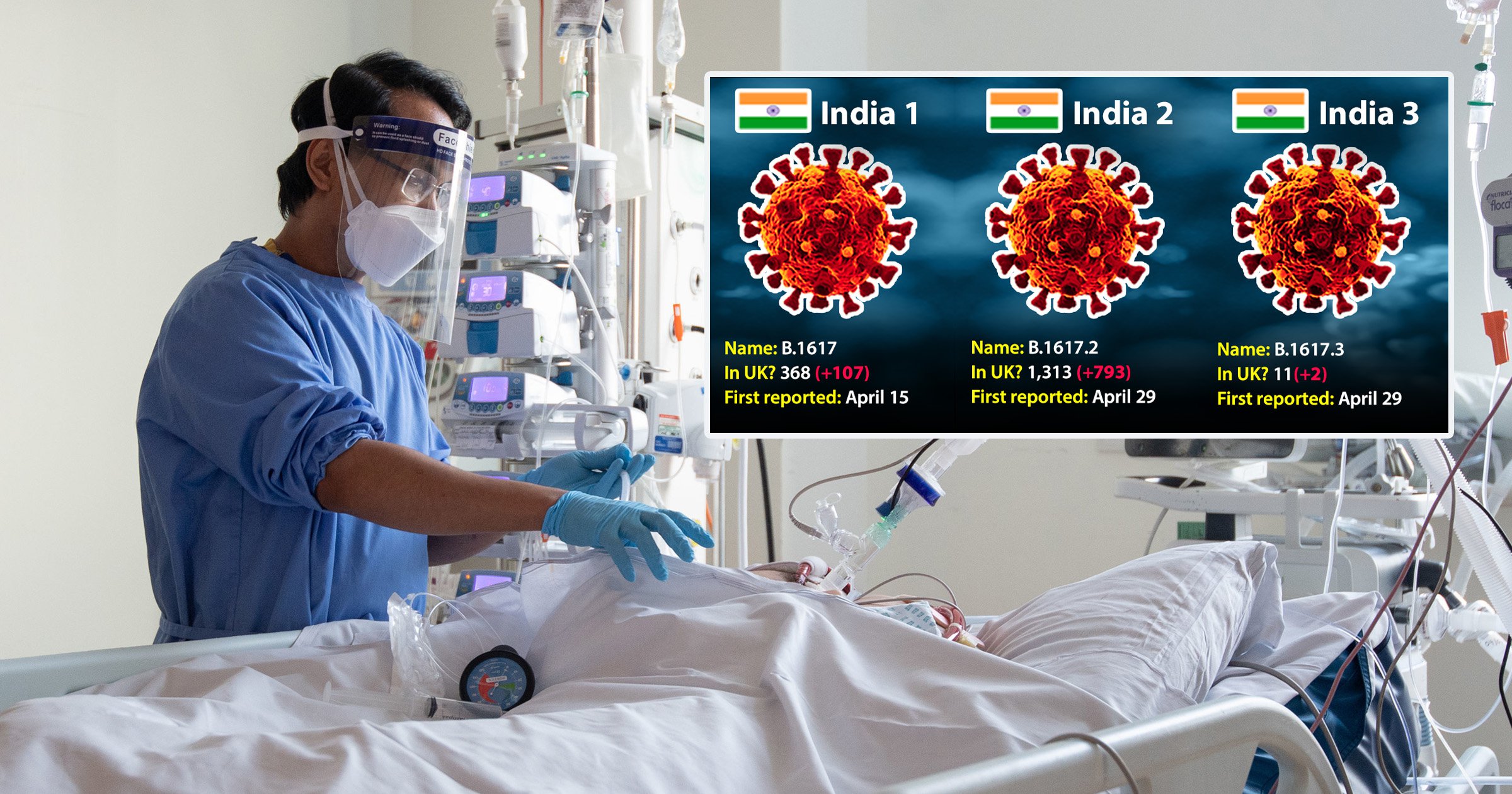 Four people have died after catching the Indian variant of coronavirus, official figures have revealed.

It’s after data from Public Health England (PHE) published on Thursday showed a steep rise in cases associated with the strain, known as B16172, from 520 last week to 1,313.

Some experts have warned the rising number of cases of the strain may derail the planned easing of lockdown restrictions on June 21.

People in the 15 areas where the strain has already been identified – mostly clustered in parts of London and the north west – are being urged to get themselves tested.

Health Secretary Matt Hancock has said the situation was being monitored carefully and the Government ‘will not hesitate to take further action if necessary’.

It’s hoped that the UK’s advanced vaccine programme will provide some protection against another potentially deadly wave of the virus.

But, with cases high among young people who are not vaccinated and tend to socalise more, it’s feared the variant could spread rapidly.

Nadhim Zahawi, the vaccines ministers, refused to say on LBC this morning whether all restrictions would be eased on June 21 as planned.

He told presenter Nick Ferrari that this Monday’s reopening of indoor meet-ups ‘is still on’.

When pressed on whether the plans for June 21 could be paused, he said: ‘The way we don’t have to do that is by everybody doing their bit, by taking the two tests a week, doing your PCR test in those areas, and to isolate, isolate, isolate.

‘We have got to break the cycle of infection, because one of those big tests was infection rates have to be suppressed, and the other big test is variants.

‘If those cause a problem, then the tests will fail. The four tests have to be met for June 21.’

Mr Zahawi said the seven-day rolling average figures for infection show a 12.4% rise, but hospital admissions are down by 7.9%.

‘That is good news because it tells you that the vaccines are clearly working in terms of hospitalisation and severe infections… but the infection rate is what is concerning, which is why we have to surge test and then isolate,’ he said.