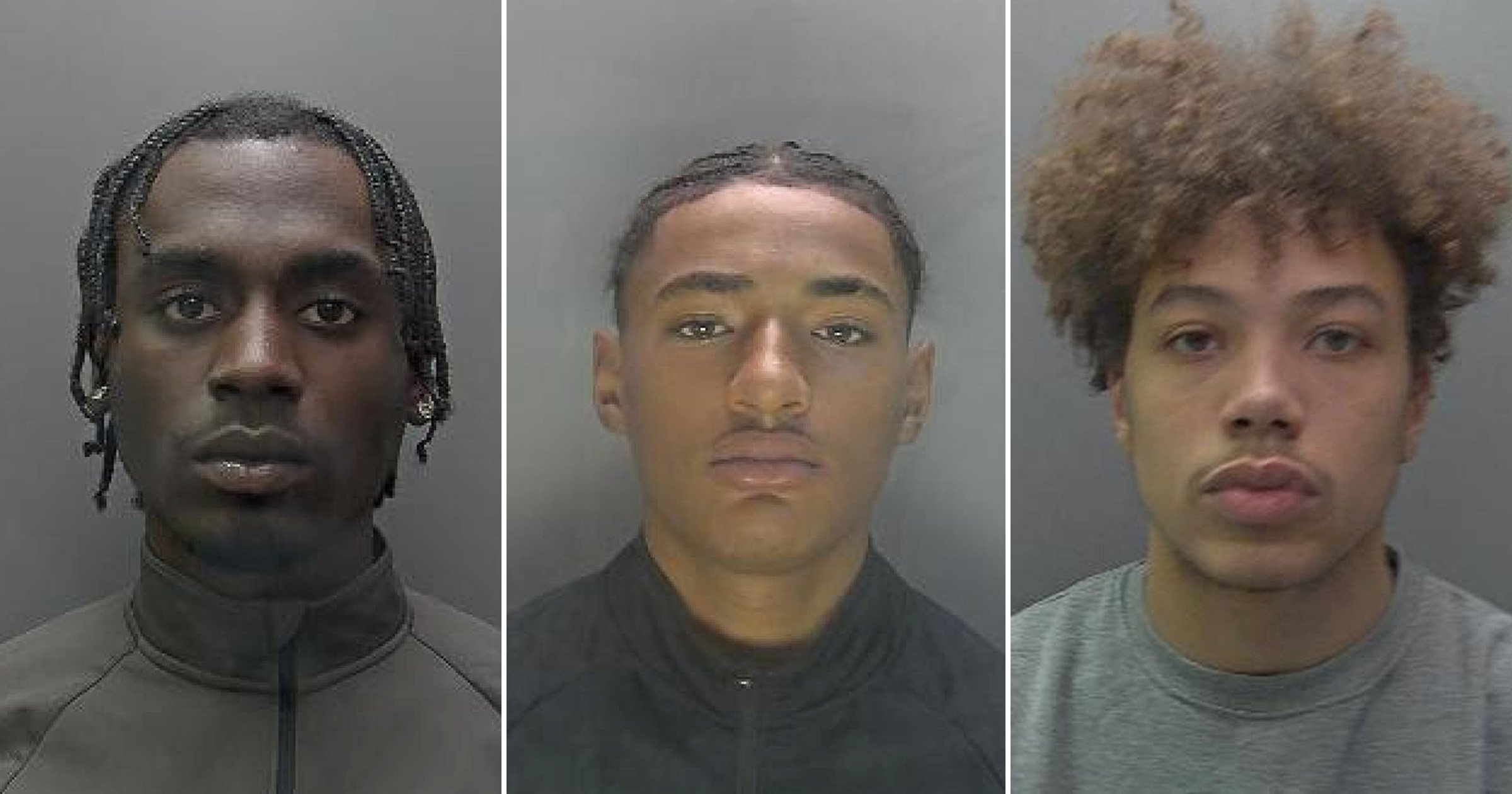 A gang of four teenagers cut off a man’s nose and fingers in a ‘merciless’ machete attack while trying to take over a town’s drug operations.

The most gruesome involved the thugs attacking a man in his 20s with the massive blade in London Colney on January 13 last year.

Speaking directly to the criminals, Judge Richard Foster said: ‘You behaved like a savage when you carried out that merciless attack on the victim at Cotlandswick.

‘It is hard to understand how one human being can behave in such a way to another. The victim suffered devastating injuries.

The teenagers also carried out two robberies in December 2019 and September 2020.

The group, who became friends at school, were often seen in St Albans and London Colney meeting with machetes and swords.

Judge Foster said: ‘The armory of weapons and other items found during the police investigation is truly horrifying, including multiple large knives.’

Despite committing these crimes, prosecutors chose to charge them with conspiracy to commit grievous bodily harm.

This is partly because victims and witnesses were ‘petrified’ to report anything ‘whilst drug dealing was happening outside their homes’.

But even when detectives made sure people were safe enough to speak up, investigators did not know exactly which teenager committed each crime.

‘But we knew they were all involved,’ detective sergeant Tom Evans said.

Detective inspector Ady Lysak added: ‘These offences were predetermined, organised and executed with the goal of trying to exert their authority over drug operations being run in St Albans.

‘This gang was inflicting serious injuries at knifepoint and stealing from their victims. These teenagers were dangerous, not just to others, but also to themselves.’

Three of the teenagers were handed 12-year prison sentences with an extra five years on license.

Nelson was jailed for six years over a robbery on December 21, 2019.