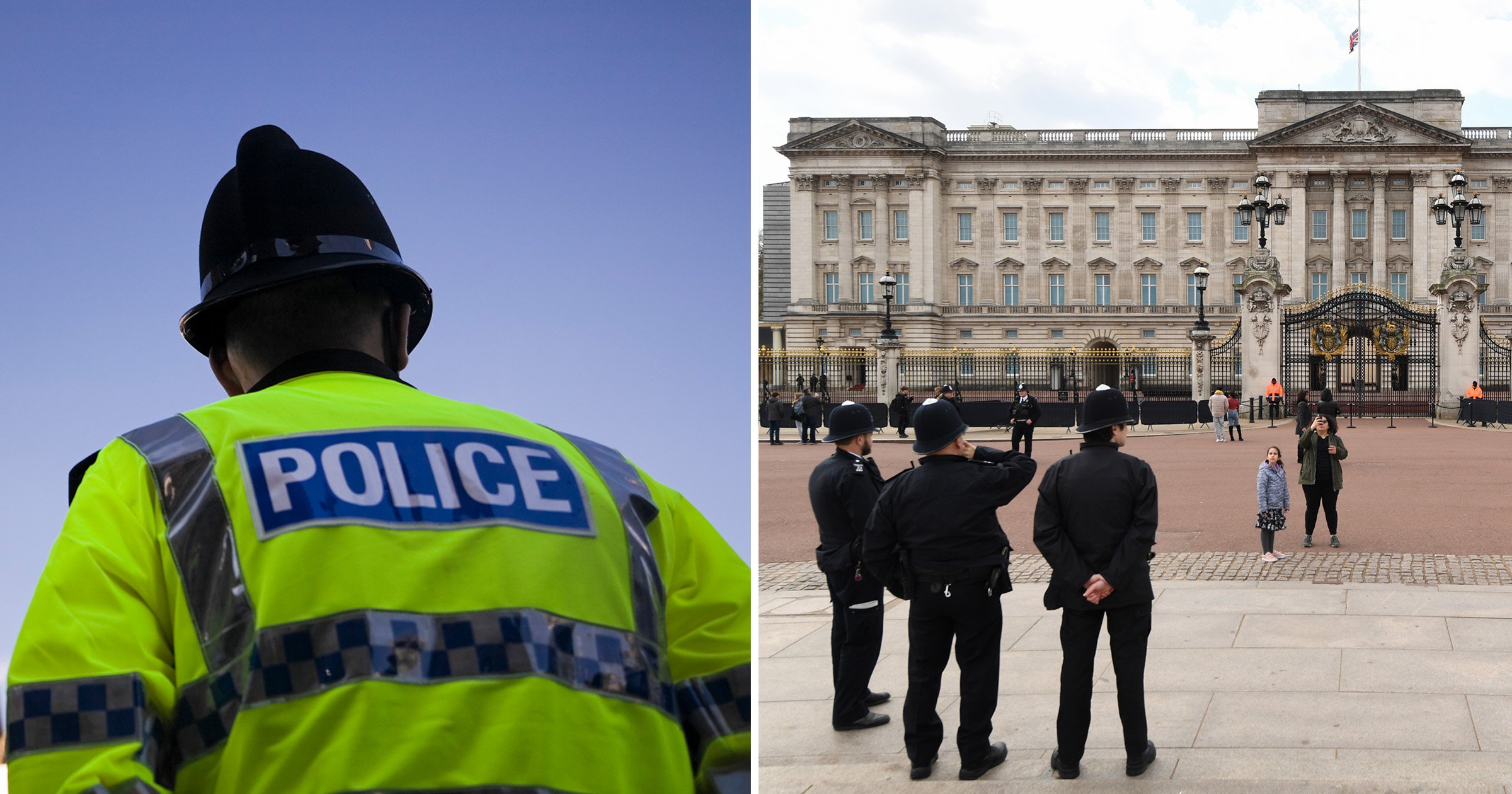 New figures have shown that 13 arrests were made at or near Buckingham Palace over a 12-month period.

The data, released to Metro.co.uk via a Freedom of Information request, shows offences including drug-driving, car theft, and handling stolen goods were all committed within the vicinity of the famous palace’s gates.

Four of the arrests were for trespass on a protected site between October 2020 and October 2021.

A further three arrests were made in the same period for criminal damage to property worth more than £5,000.

Two of the arrests were for possessing knife blades in a public place close to the home of the Queen.

Other offences included driving a motor vehicle dangerously, failure to stop when required by a constable and possession of both Class A and Class B drugs.

The Met released data for custody records where ‘Buckingham Palace’ was listed as the place of arrest and included areas in close proximity, for example the Queen Victoria Monument which sits on the roundabout opposite.

Some of those arrested may have been charged with more than one offence and the force clarified the ‘place of arrest’ may not necessarily be where the offence took place.

The incidents came while the Queen was largely absent from her London home, having spent much of the pandemic in Windsor Castle.

Throughout 2020, she and late husband Prince Philip lived in Berkshire with a small team to keep them safe.

They occasionally left the castle on trips to their other estates such as Balmoral in Scotland but largely avoided London.

Since Philip’s death in April, the Queen has remained in Windsor and is spending the Christmas period there after a last minute change of plans due to Omicron.

Buckingham Palace is one of the most secure sites in the world and is protected by CCTV, heat sensors and 24-hour armed guards.

Despite this, there have been several incidents at the palace over the years including famously in 1982 when Michael Fagan managed to make his way to the Queen’s bedroom while she slept.

In 2019, another intruder managed to get over the palace fence during the early hours of the morning, raising concerns about the monarch’s safety.

In May, Chorrie Thompson, then 46, was jailed for six months for trespassing at the palace and possessing a Stanley Knife.

He snuck through a open gate as a vehicle entered and told guards when caught that he wanted to use the toilet.

Further arrests were made at the palace in August when animal rights activists released red dye into the fountain in protest ‘against use of crown land for hunting and animal agriculture.’

Sarah Ferguson’s ‘love’ for Prince Andrew despite allegations: ‘Stand by him 100 percent’