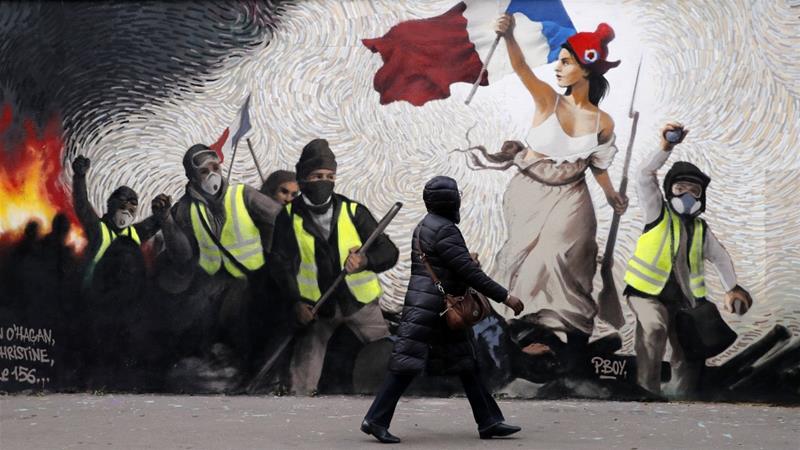 The central French city of Bourges is shuttering shops to brace for possible violence between police and yellow vest protesters, as the nationwide movement seeks a new stage for its weekly demonstrations.

Paris, too, is hunkering down for a ninth weekend of anti-government protests on Saturday. France’s government has deployed 80,000 security forces for the day, and Interior Minister Christophe Castaner threatened tough retaliation against violence.

Online groups mounted calls through the week for mass protests in Bourges, but Paris police said they wouldn’t let down their guard, notably around government buildings and the Champs-Elysees, scene of repeated rioting in past protests.

In last Saturday’s protests, protesters clashed with police in several French cities, smashing their way into a government ministry in Paris with a forklift.

Benjamin Griveaux – a government spokesperson evacuated from his ministry in central Paris on Saturday when a handful of protesters in high-visibility vests smashed down the large wooden door to the ministry compound – denounced the break-in as an “unacceptable attack on the Republic”.

The protest movement waned over the holidays but appears to be resurging, despite concessions by President Emmanuel Macron.

Initial unrest was sparked by Macron’s decision to raise the price of fuel, which had been set to take effect on January 1.

The increases were justified by the French leader as necessary to combat climate change and protect the environment.

Macron abandoned the proposal in response to the protests – named after fluorescent vests French motorists must keep in cars – and announced extra cash for minimum wage earners in addition to tax cuts for struggling pensioners.

Protesters are now demanding deeper changes to France’s economy and politics but no central leadership or unified set of demands has emerged within the movement.

The unrest in France has inspired activists elsewhere, with copycat protests emerging in neighbouring countries, and as far away as Taiwan and Lebanon.

Royal snub: Vulnerable female prisoners ‘yet to hear from Meghan’ after sending letters