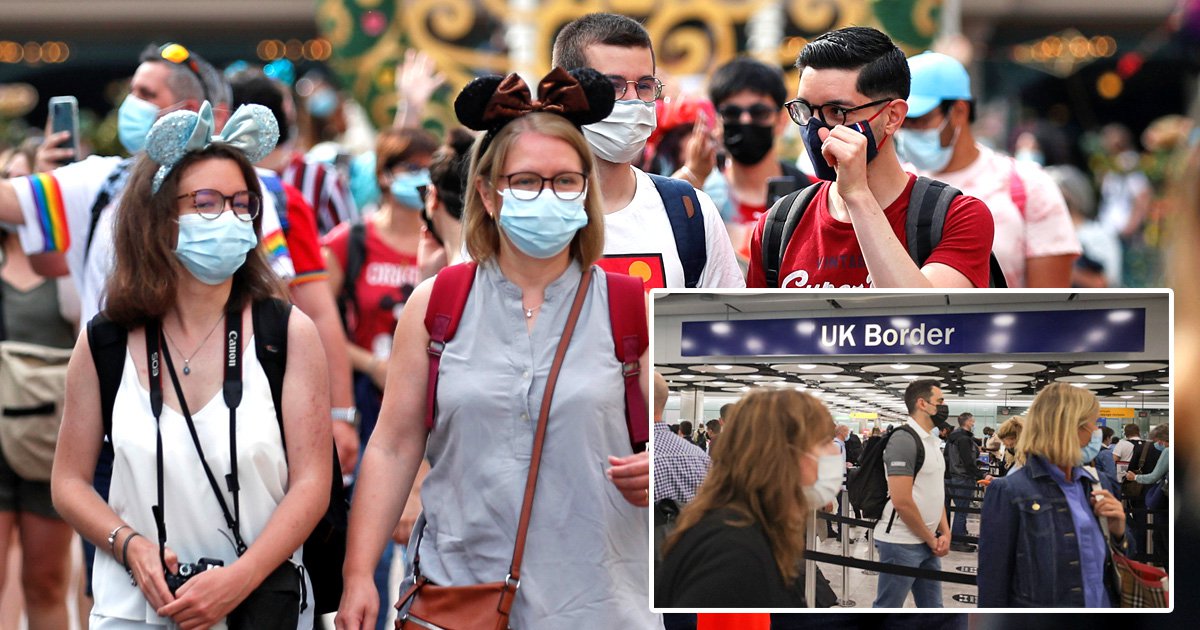 People arriving from France could be forced to quarantine in hotels over Covid-19 variant fears, according to reports.

The country could be added to the red travel list if an urgent review of the data shows the Beta variant is gaining ground.

Ministers have ordered experts to carry out a ‘deep dive’ into France’s situation and discussions are ongoing over how to respond if the numbers don’t look good.

France is currently on the amber list, meaning arrivals must self-isolate at home for 10 days when they return.

A shift to the red list would see returning holidaymakers and visitors forced to pay £1,750 per person to spend 11 nights in a hotel.

The Beta variant is not new: first identified in South Africa over a year ago, the World Health Organisation dubbed it a ‘variant of concern’ in December 2020 and Public Health England have identified 1,073 cases of it domestically over the course of the pandemic.

Cases at home are low, with none reported in the week up to July 7, nine up to June 30 and 11 the week before that.

But ministers are worried the variant could be ‘reseeded’ in the UK via people returning from France because it is more prevalent there than elsewhere in Europe, The Telegraph reports.

It remains unclear how resistant the variant is to vaccines but British officials are concerned.

An unnamed source familiar with the discussions told the paper: ‘They are worried about the South African variant because they think it escapes the vaccine, although they don’t have evidence of that yet.

‘It appears to be why a lot of countries in Africa and the Middle East are on the red list despite low prevalence rates.’

Meetings are expected in the next few days but a decision is not expected imminently, with officials well aware any move to reduce travel between the two countries would be uniquely disruptive.

Unlike with other holiday destinations, putting France onto the red list would also have big trade implications and raise questions about how to manage freight leaving and entering Europe.

The dominance of the highly transmissible Delta variant in the UK has seen it largely replace other variants and health officials will analyse whether the same process is occurring in France.

If so, another plan reportedly under consideration would be to leave France on the amber list but issue stricter guidance about travelling between the two countries.

The France report comes days after the Balearic islands were added to the amber list just a fortnight after tourists were given the go-ahead to book holidays without worrying about self-isolation.

Pancreatic cancer took her father and brother, now Heidi is also fighting for her life