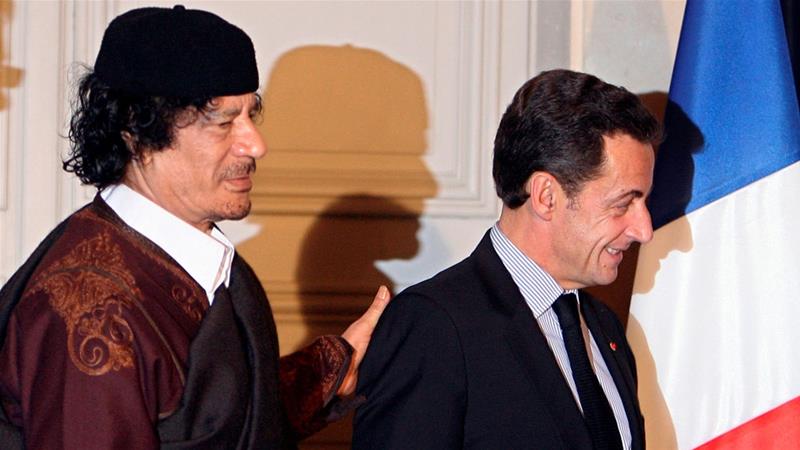 Nicolas Sarkozy, the former French president, has been taken into police custody, where he is likely to be questioned as part of an investigation into suspected irregularities over his 2007 election campaign financing, according to local media reports.

The case is connected to accusations that Sarkozy received money from former Libyan leader Muammar Gaddafi to fund his successful election bid in 2007, allegations he denies and has dismissed as “grotesque”.

An investigation into the allegations has been under way since 2013.

In 2016, businessman Ziad Takieddine told French investigative site Mediapart that he had delivered suitcases containing more than $6m in cash from Libya to Sarkozy and his former chief of staff, Claude Gueant.

Sarkozy invited Gaddafi on a state visit to France shortly after becoming president in 2007.

In 2011, Sarkozy was one of the main advocates of NATO-led air raids against Gaddafi’s forces which helped Libyan rebels topple his government.

After retiring from politics following his 2012 defeat by the Socialist Party’s Francois Hollande, Sarkozy returned to take the helm of the Republicans 2015 and sought the party’s approval to be their candidate for 2017 presidential election.

In a surprise result, he was eliminated in November in the first round of the contest.