Newport: 'Mini tornado' seen outside a brewery in Wales

Brewery workers on the trading estate were stunned to witness the weather phenomenon on Tuesday. A video, filmed by one of the workers, shows a tall, tight vortex of air and dust spiral from the sky. Met Office bosses said such phenomenons are often seen in the USA, but less so in the UK.

The footage was filmed in Wern Industrial Estate in Newport, south Wales, where the weather had otherwise been cold and dull on Tuesday.

It has since been shared hundreds of times on social media after Tiny Rebel Brewing noticed the vortex. Some social media users encouraged the brewery to name a new beverage after it.

The phenomenon is believed to be a “dust devil”, which can vary in height from a few feet to more than 1,000 feet.

A spokeswoman for the Met Office told Wales Online: “This definitely looks like a dust devil or a small tornado.

“Small tornadoes are not uncommon in the UK, however, they are small features often just a few metres across and lasting just a few minutes. 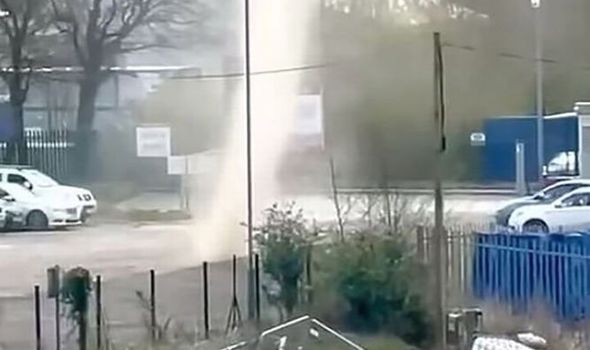 This definitely looks like a dust devil or a small tornado. Small tornadoes are not uncommon in the UK, however, they are small features often just a few metres across and lasting just a few minutes.

“Although much smaller and much less destructive then the features we see in places like the United States they are formed in much the same way.

“They are a rotating column of air, caused by the rapid displacement of warm moist air by cold dense air often associated with the occurrence of active cold fronts.

“On average, 33 tornadoes are reported each year in the UK although the number can vary significantly from year to year.

“The UK has the highest frequency of reported tornadoes per unit area in the world, although, they are nowhere near as intense as those reported in the USA.” 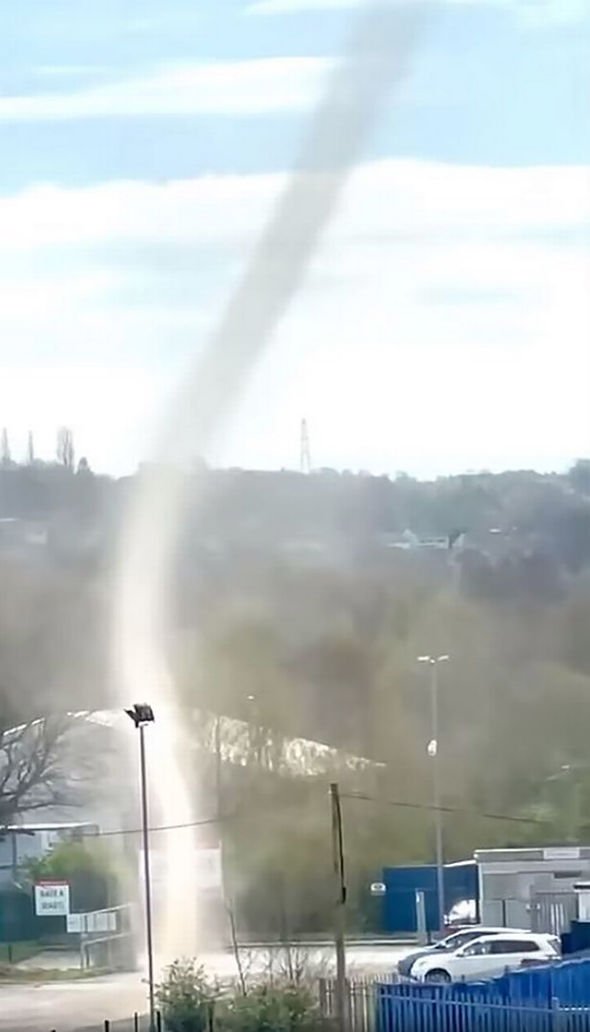 Dust devils are usually several metres in diameter at the base, then narrower in the middle before expanding at the top.

They mainly occur in desert and semi-arid areas where the ground is dry and high surface temperatures produce strong updrafts.

Dust devils actually grow upwards from the ground rather than down from the clouds. They only last a few minutes because cool air is sucked into the base of the rising vortex, cooling the ground and cutting off its heat supply.

Andrew Neil savages guest with blunt response – ‘You’ll discuss whatever I ask you!’