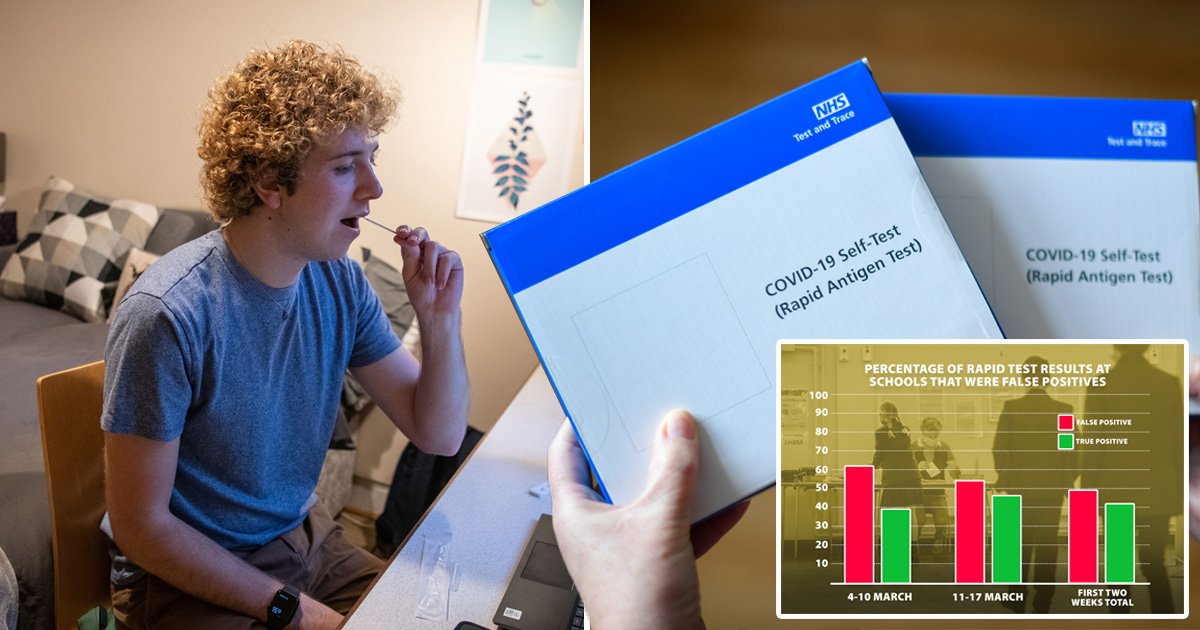 The UK’s huge mass-testing programme may be scrapped by the end of next month, with free lateral flow tests no longer available on the NHS.

Currently everyone in the country is entitled to order two free testing kits a week to ensure they are not asymptomatically infected with Covid.

The tests are seen as a crucial way of getting people back to the office safely and have been used in schools on all pupils.

But Dr Jenny Harries, chief executive of the Health Security Agency, said decisions are still to be made about whether to continue the programme beyond the end of August.

The tests have been criticised for being inaccurate and millions have been ordered and then gone missing, with no indication they were ever used.

There have been reports that people may have to pay to get hold of testing kits in future, although this was denied by Dr Harries.

Speaking at the Public Accounts Committee yesterday, she said: ‘[We are] looking at whether it is an effective and essential public health intervention going forward. Nobody has discussed charging.’

Permanent Secretary at the Department of Health and Social Care Sir Chris Wormald added: ‘Let’s be absolutely clear on this point. What we are doing is looking at the public health case for use going forward.’

The £3billion scheme was launched just three months ago in April and was heralded as vital in getting the country back to normal.

People were encouraged to take a lateral flow test twice weekly as shops, pubs and restaurants reopened after lockdown.

The tests give a result in 30 minutes but studies have shown they may be 40% less accurate than PCR tests, which involve the samples being analysed in a lab.

Those who test positive on a lateral flow test are asked to take a PCR to make sure and often the original result turns out to be wrong.

There are particular problems when someone self-administers the test, with just 10% of infections picked up in this way.

Last month it was revealed more than 600,000,000 home test kits were unaccounted for, according to the National Audit Office.

This could be because people took a test and didn’t register the result with Test and Trace or they could have gone unused entirely.

It’s expected the tests will continue to be used in high risk settings like schools, hospitals and care homes.

There have been calls to test people everyday as an alternative to disruptive self-isolation measures but it is unclear how this would work if the tests were no longer available en masse.

The Department of Health said the scheme will continue until the end of August ‘at least’ and ‘further details on the provision of free rapid LFD testing will be set out in due course.’