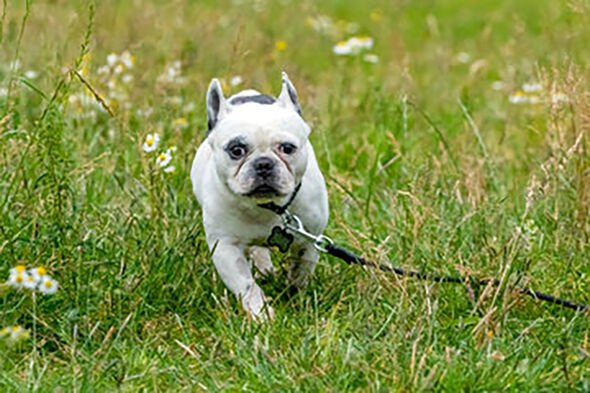 French Bulldog Bruce was found shivering in a bush near a park in Preston, Lancashire, on February 18. The eight-year-old was taken into the RSPCA’s care, and staff rushed him to the vets for emergency treatment for burns they believe occurred two to three weeks earlier.

Poor Bruce would have been in significant pain the entire time the burns were left untreated.

RSPCA inspector Emma Dingley immediately launched an investigation to try and locate the person responsible and the enquiry is on-going.

Bruce spent three months in the RSPCA’s care before initially being fostered by Jack Brennan and wife Angharad, both 27, of Leyland, Lancashire, to get him ready for his forever home, but soon after the couple decided to adopt the friendly pooch. 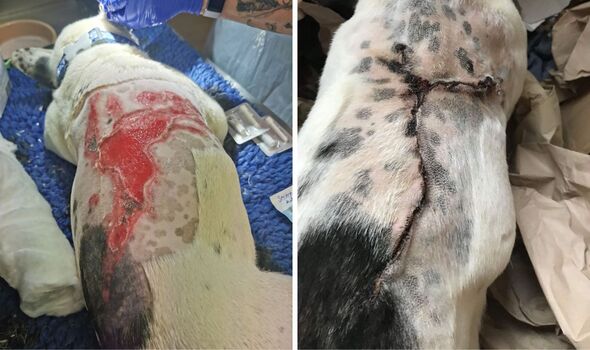 Angharad, a marketing assistant, told Express.co.uk: “I am a life-long dog lover and grew up with them as a child and really wanted to be a dog owner again.

“But Jack has never had a dog before and was worried about the commitment of taking one on so we decided to foster as a compromise.

“Jack works from home as a software developer so has time to care for a pet in the home so we approached the branch who matched us with Bruce.

“We never thought for a moment we would adopt the first dog we fostered – but we just fell for him.

“Bruce settled in straightaway and Jack really loves having Bruce as company while working from home and we both love taking him for walks, training him and getting doggy cuddles. 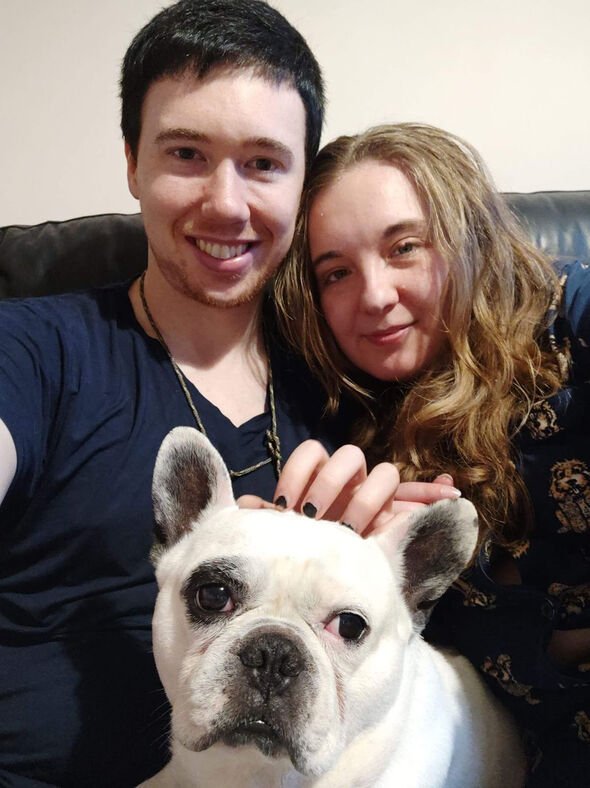 “Despite his history, Bruce is so loving and trusting of all people. He is always eager to greet new people and get strokes and cuddles

“He loves going for walks in our local park, and he is learning new commands with consistent training.

“We are also slowly encouraging him to play with toys, as it seems that this is something he has sadly not had much experience with.

“He is slowly getting to grips with chasing after balls and toys that we throw for him and gets excited – but he hasn’t quite got the hang of bringing them back yet!

“We are so grateful to the RSPCA and are supporting their Cancel out Cruelty campaign so they can save more lives like Bruce.” 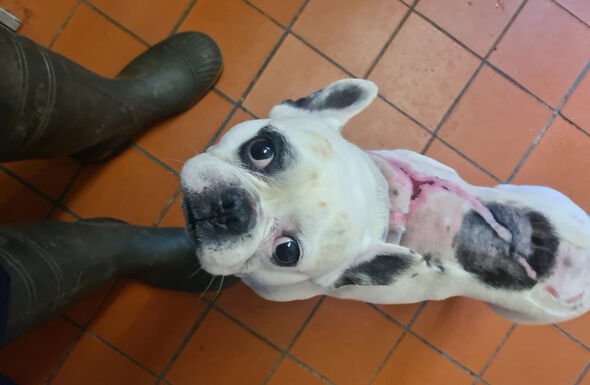 Bruce underwent further treatment while in foster care, and had scar tissue removed from his back as his fur was not growing in the injured area, meaning it could easily get scratched or sunburned.

The RSPCA branch financed this treatment and fur is now growing back in that area so it is hoped Bruce’s injuries will fully heal.

Angharad added: “It is so lovely to be able to watch Bruce’s progress first hand, and we both love Bruce’s company.

“Fostering and adopting Bruce has been such a positive and rewarding experience, and we are so grateful to all the staff at RSPCA Preston and district branch – thanks to them Bruce is now one very lucky boy.” 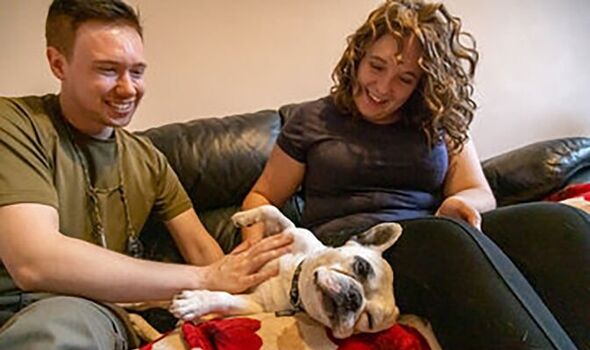 RSPCA Preston Branch administrator, Tanya Barrett, said: “When Bruce arrived he was rushed straight to the vets where he was sedated so he could have his fur clipped and his extensive and infected wounds cleaned.

“He was given pain relief and tablets to combat the infection and had cream applied to his wounds on a daily basis.

“The vet said that the infection suggested the wounds were about two to three weeks old – so he must have been suffering horrendously during that time.

“Bruce was also found to have an old scar on his right hind leg from an older injury.

“He was given a further operation to remove scar tissue and it is hoped his fur will grow back and he will look as good as new.

“He is such a loveable and friendly dog you wouldn’t know he has endured such a traumatic experience.

“Bruce stole our hearts and all the staff were very soft on him and he stayed in reception with them during the day – where he demanded cuddles and would stare at you if you stopped fussing with him.”

Emma is still keen to find out what happened to Bruce and anyone with further information which may help the charity’s investigation is asked to call the RSPCA’s appeal line on 0300 123 8018.

Sadly, Bruce is one of many dogs who suffer at the hands of humans, and as part of the RSPCA’s Cancel Out Cruelty campaign, the charity highlights that despite being man’s best friend a staggering 44,427 reports of dog cruelty were made to the RSPCA in 2021.

Dermot Murphy, RSPCA Chief Inspectorate Officer said: “It is incredibly worrying that still in 2022 we are seeing this high level of cruelty towards animals.

“We’ve seen a rise in reports of beatings and with the increase in pet ownership and financial pressures growing we are sadly braced for a summer of suffering which is why we are calling on the public to help us Cancel Out Cruelty and help more animals like Bruce.”