A far-right MP has been suspended from France’s parliament after he made a racist remark.

He uttered the words while MP Carlos Martens Bilongo, who is black, was challenging the French government on Thursday about migrants stranded at sea.

The incident prompted an immediate uproar in the National Assembly, leading the legislative chamber’s president to suspend the session.

Mr de Fournas’ comments have also prompted condemnation from across the political spectrum.

He has now been suspended for 15 days, the maximum penalty possible under National Assmemby rules.

Mr Bilongo said he was ‘deeply hurt’ by his colleague’s remark.

This evening, he said he had received thousands of messages following the incident from people telling him that they hear similar comments in their daily lives.

Other politicians, including France’s president, said they were shocked by Mr de Fournas’ remark, which raised new questions about xenophobia on the far right and in other parts of French society.

Meanwhile Mr de Fournas tweeted that he is ‘innocent’ and feels the decision is ‘very unfair’.

He claims he was referring to Europe-bound migrants rescued at sea and not to his fellow MP. 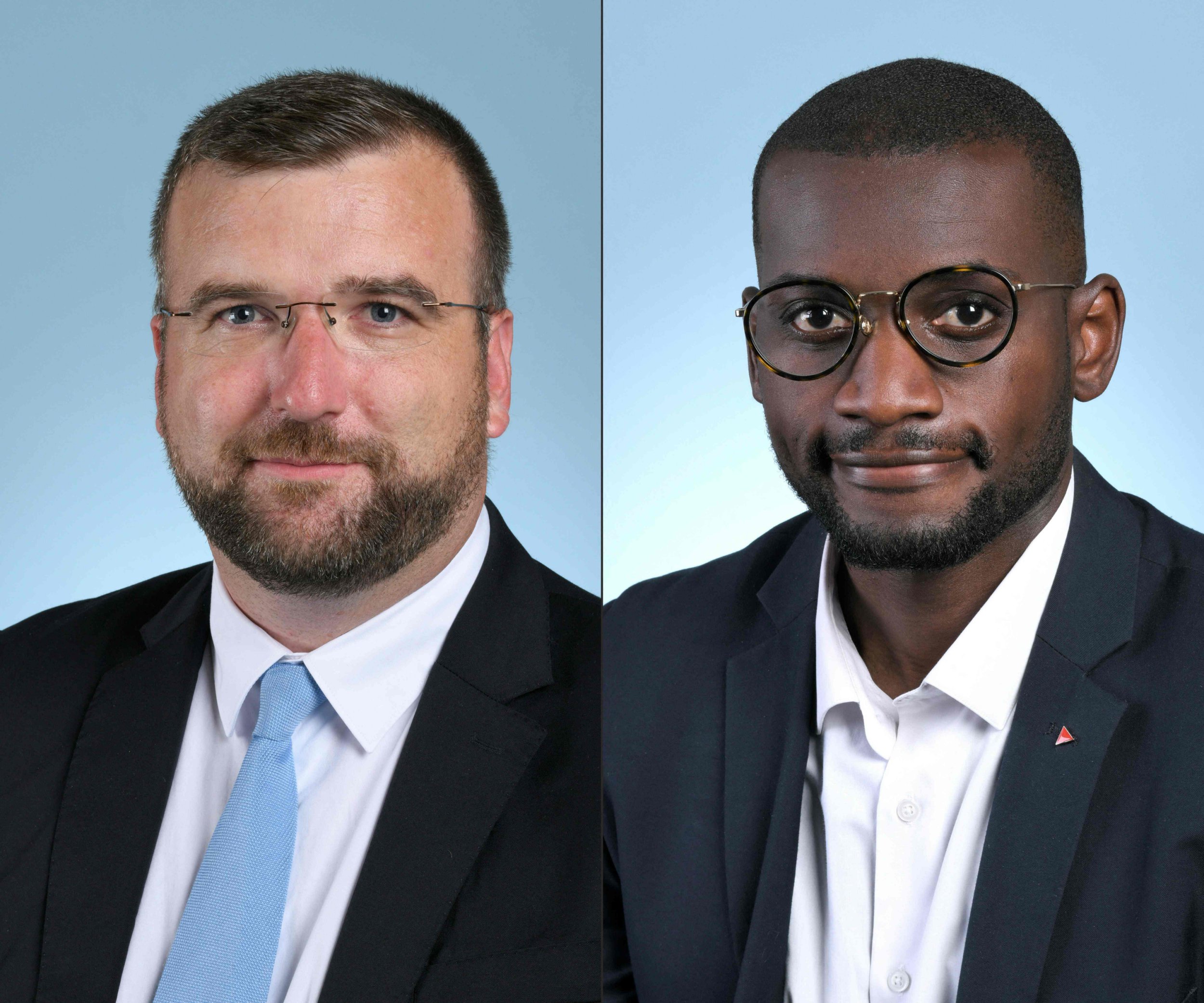 Due to acoustic issues, it was unclear whether Mr de Fournas said Mr Bilongo should return to Africa or the migrants should.

French anti-racism groups stressed that either way, the remark echoed the familiar invective of black people being told to go back to Africa, regardless of where they were born or held citizenship.

French group SOS Racisme called it ‘the true face of the far-right: that of racism’.

Meanwhile the Movement against Racism and for Friendship between People described Mr de Fournas’ remark as ‘revolting.’

‘The National Rally remains, despite some efforts to normalise this far-right party, deeply racist and xenophobic,’ it said.

The National Rally is the party of far-right leader Marine Le Pen, who lost her third bid for the French presidency to Mr Macron in April.

Still, France’s subsequent legislative election led to a major breakthrough for the party, which won 89 seats in the 577-member National Assembly, up from eight.

Ms Le Pen tweeted that Mr de Fournas was ‘obviously speaking about the migrants transported in ships by NGOs’.

‘The controversy created by our political adversaries is gross and won’t deceive the French,’ she said.