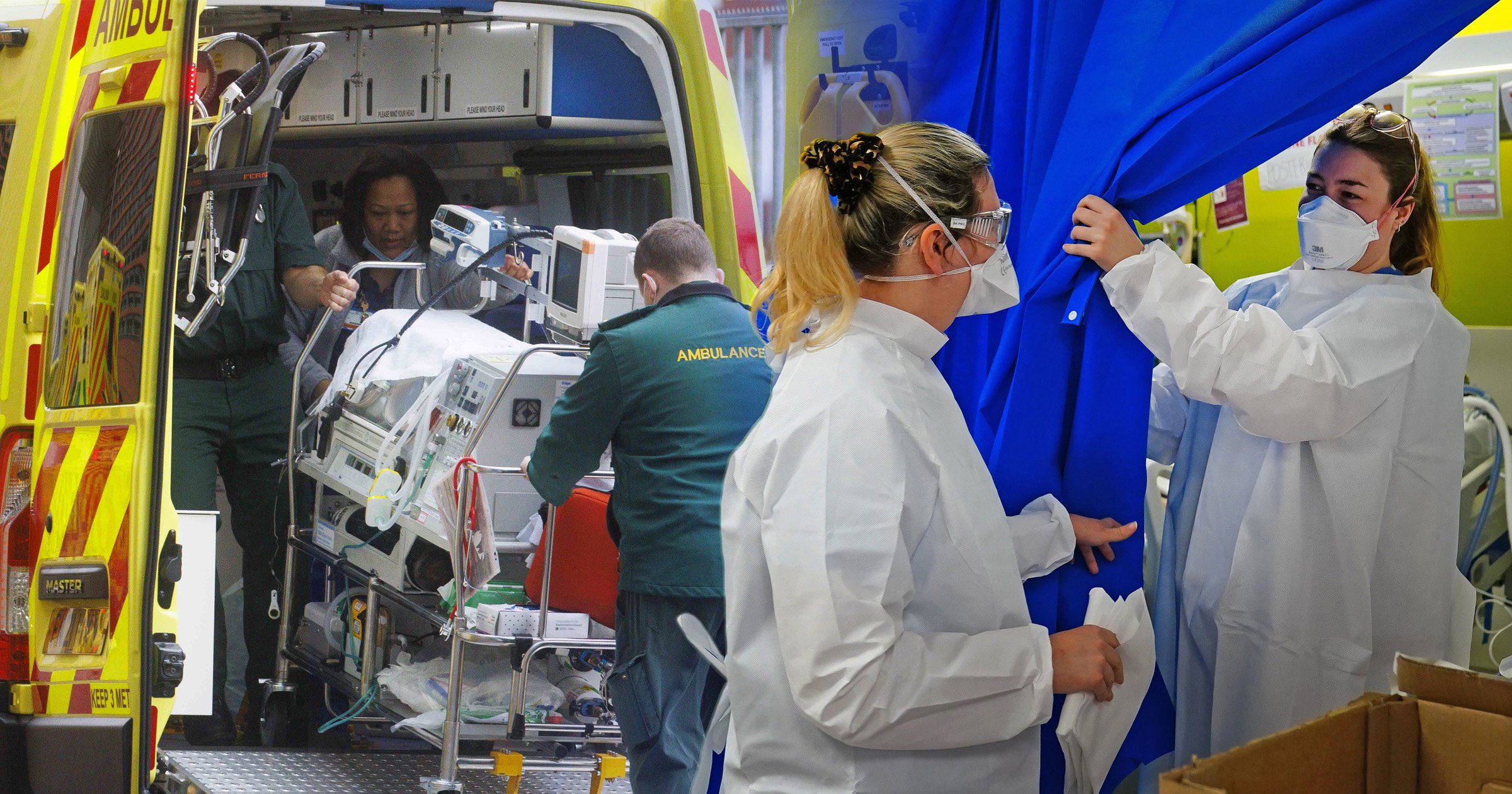 New evidence has emerged that Omicron causes a less severe disease than previous Covid-19 variants in two new pieces of research which provide a glimmer of hope.

Scientists in a Scotland-wide study have said the variant is associated with a two-thirds reduction in the risk of hospitalisation compared with Delta.

Separate research from Imperial College London indicates that people with the new strain are up to a fifth less likely to need admission to hospital.

Those who do wind up in hospital are 40 to 45% less likely to require a stay of one night or more.

However, researchers have added that although Omicron appears less severe, it is more transmissible partly because the current crop of coronavirus vaccines are less effective against it.

Professor Neil Ferguson, from Imperial College London, said: ‘Our analysis shows evidence of a moderate reduction in the risk of hospitalisation associated with the Omicron variant compared with the Delta variant.

‘However, this appears to be offset by the reduced efficacy of vaccines against infection with the Omicron variant.

‘Given the high transmissibility of the Omicron virus, there remains the potential for health services to face increasing demand if Omicron cases continue to grow at the rate that has been seen in recent weeks.’

Scientists at Imperial reviewed more than 300,000 confirmed cases of Covid-19 from the first fortnight of the month but the findings have not been peer reviewed.

Public Health Scotland’s Dr Jim McMenamin described the findings of the Scotland study as a ‘qualified good news story’ but warned that it was ‘important we don’t get ahead of ourselves’.

He said: ‘The potentially serious impact of Omicron on a population cannot be underestimated.

‘A smaller proportion of a much greater number of cases that might ultimately require treatment can still mean a substantial number of people who may experience severe Covid infections that could lead to potential hospitalisation.’

Authors of the Scotland paper, which is yet to be peer reviewed, said if Omicron had been like the Delta variant in Scotland they would have seen around 47 people in hospital suffering from the virus but, so far, there are only 15.

Professor Mark Woolhouse, of the University of Edinburgh, said the data is heavily caveated because it is based on a small number of cases which did not include many people aged over 65.

The Omicron strain is now the dominant type of virus in Scotland, with cases of the variant surging across the United Kingdom.

Boris Johnson has resisted calls to roll out new restrictions while scientists are still building a picture of Omicron’s characteristics while ramping up the booster programme.

But World Health Organisation director-general Dr Tedros Adhanom Ghebreyesu warned: ’No country can boost its way out of the pandemic and boosters cannot be seen as a ticket to go ahead with planned celebrations, without the need for other precautions.’