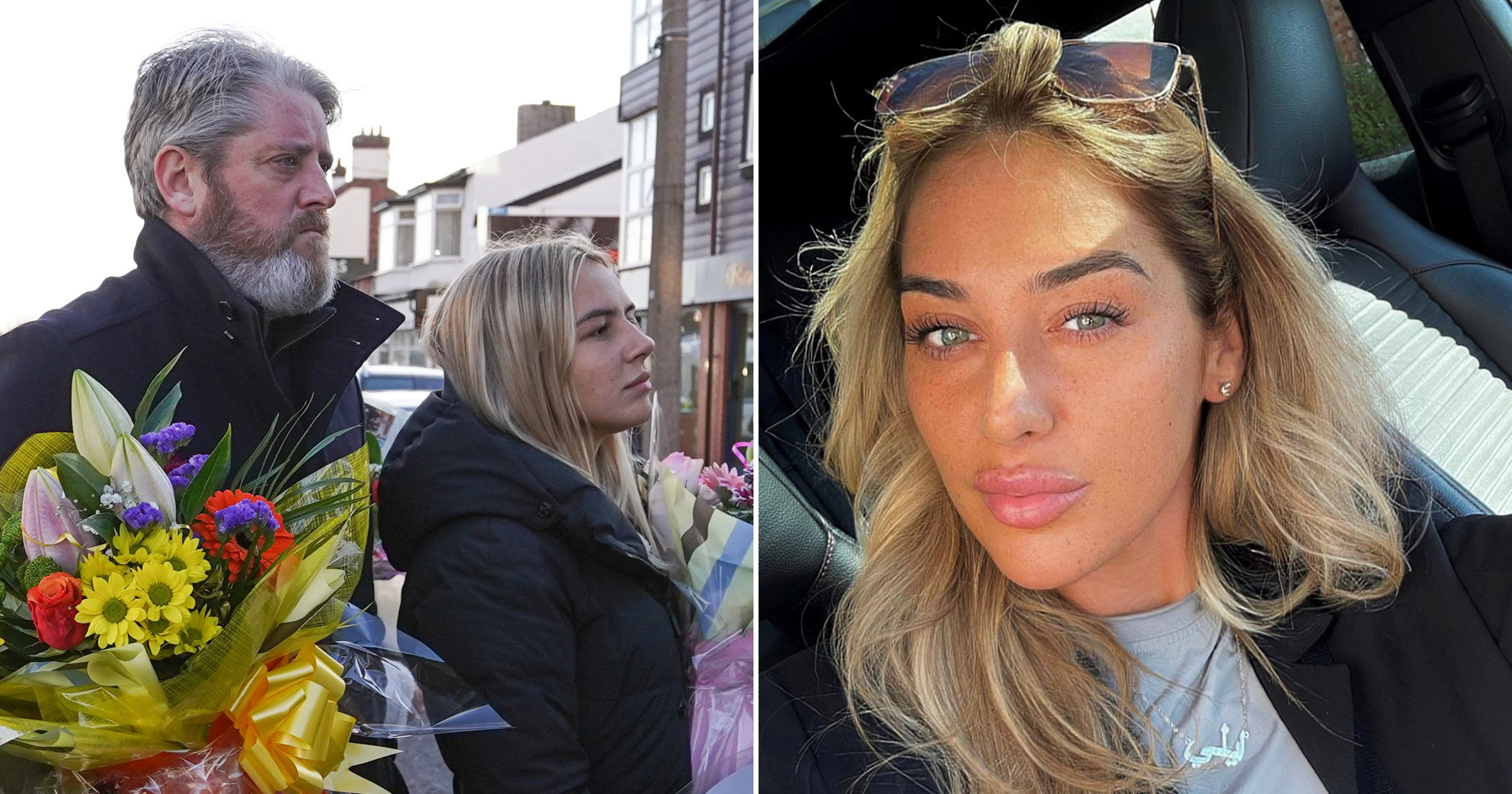 The heartbroken friend of a beautician who was gunned down in a pub on Christmas Eve was left in tears as she begged ‘When will people stop the shooting?’

Elle, 26, was with friends and family in the Lighthouse Inn’s heated outdoor area in Wallasey when the killer blasted her in the head.

Tributes have been left to the beautician who police have said was not the intended target of the gunfire.

Four men had also been shot by the gunman, who fired up to eight bullets at the pub in Wallasey, Merseyside.

One victim was said to be in a critical condition in hospital.

As friends paid tribute online the Wirral salon where she worked wrote: ‘Heaven gained the most beautiful angel. We are all heartbroken.’

Britt Hughes, a colleague at the Nova Beauty salon, said they had ‘so many amazing memories’.

And she added: ‘When will people stop the shooting?’

Elle’s dad Tim and mum Gaynor were among those leaving flowers at the scene.

Their card called her ‘the light of their lives‘ and added: ‘You will never be gone.’

Elle’s sister Lucy, who lives in Dubai but had flown home for Christmas, had been with her celebrating festivities at the pub but left earlier in the evening.

She posted on Instagram: ‘My beautiful sister, my bestest friend, my second mummy and my rock.

‘I love and miss you so, so much already. My Elle May.’

Two of Elle’s pals just gone indoor to buy drinks when the shots were fired just before midnight.

Neighbours said they thought the shots were fireworks for people celebrating Christmas Day, but quickly they realised that was not the case.

Two of Elle’s friends, Meg and Jess, who did not give their surnames told how locals tried to save her life as they saw her on the floor.

Jess said: ‘People were around her trying to help her — but you can’t do anything.

‘I just felt grateful that I am still here but felt guilty because I was with my family on Christmas and she wasn’t.’

Referring to Elle’s sister Lucy leaving early, she added: ‘It plays on your mind — whether she should have gone home too.’

Meg said: ‘We had been dancing and singing. I’ve got videos of us all I can’t stop watching. We were so happy.’

Footage shared online shows a woman hearing the shots and asking: ‘Is that a gun?’

Pub-goers tried to save Elle with CPR until paramedics arrived, but she died a short time later at Arrowe Park Hospital.

A local posted: ‘My daughter and her friend were in the pub. It was packed and both are traumatised. So horrendous.’

Another said: ‘My daughter was stood right by the girl who was killed. So scary.’

One mum added: ‘This is just so tragic. My daughter was there giving CPR with another girl until help arrived. My heart goes out to the families.’

Elle’s devastated cousin Rose Chloe wrote on Facebook: ‘Nothing will ever take this pain away.

‘You are the most beautiful, intelligent, funny, gorgeous girl. My heart is broken.

‘I love you forever and always my gorgeous cousin and best friend.’

A Lighthouse Inn spokesman described the shooting as a ‘tragedy beyond words’.

The most badly injured man is 28.

A 22-year-old was hit in the leg, a 24-year-old suffered hand injuries and a 33-year-old received wounds to a wrist.

Police hunting the gunman believe he drove off in a dark Mercedes.

‘We do not believe the victim in this case has been targeted.

‘She was out enjoying Christmas with her sister and friends at what should be a peaceful time.

‘What her family are now going through is incomprehensible.

‘We are trying to establish the motive and the circumstances.’

She added Elle ‘should have had the rest of her life to look forward to.

‘Her family should have been celebrating the joy of Christmas.

‘Instead they are trying to come to terms with what has happened.

‘The fact that this happened on Christmas Eve makes the tragedy even more unpalatable.

‘It shows those responsible have no regard for the public.

‘The actions of the gunman were totally and utterly reckless.’

A ‘proactive policing operation’ was said to be underway across the area.

Cops said in a statement: ‘Officers are in Birkenhead, Woodchurch and Wallasey in high visibility police presence in a direct response to the fatal shooting at The Lighthouse pub.’

Teenager arrested after man, 18, stabbed to death in north London

Eco-activist tricked into relationship with undercover policeman given £229,000