Prince Harry and Meghan Markle were urged by MPs in Britain to pay back the millions spent renovating their Windsor home after it was revealed the couple signed a lucrative £75million deal with streaming platform giant, Netflix. A spokesman for the Duke and Duchess of Sussex announced the move this afternoon. 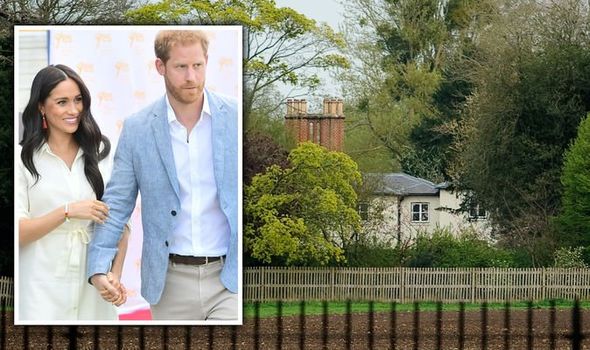 How did Prince Harry and Meghan Markle pay back £2.4m Forgmore Cottage?

A spokesman for Meghan and Harry said in a statement: “A contribution has been made to the Sovereign Grant by The Duke of Sussex.

“This contribution, as originally offered by Prince Harry, has fully covered the necessary renovation costs of Frogmore Cottage, a property of Her Majesty The Queen, and will remain the UK residence of The Duke and his family.”

The Grade-II listed Frogmore Cottage in Windsor was gifted to the couple by the Queen on their wedding day.

However, since Harry and Meghan moved to Los Angeles with their son, Archie, the house has remained empty.

Meghan and Harry undoubtedly paid the costs of renovating Frogmore Cottage back through their own funds.

The couple have their own money through a series of private ventures and projects, so they will likely have used the money to pay back taxpayer costs of doing the house up.

Harry and Meghan likely felt it was necessary amid rising pressure not just from MPs, but from British people.

Originally, the couple were said to be paying rent of £18,000 a month to keep their UK home, in case they were ever to return to Britain.

Builders worked on the cottage round the clock to ensure it was ready to move in before Archie was born.

The property needed extensive rewiring, including new electrics, and the installation of modern gas and water mains.

The £2.4millon renovation cost paid for a new kitchen, bathroom and fitted wardrobes through the services of a renowned interior designer.

It comes as it emerged Prince Charles is no longer funding his son’s life following the Netflix deal.

Mum, 42, died after swallowing bag of cocaine in airport lounge