Home » Europe » From horses to corgis, a look back at the Queen's lifelong love of animals 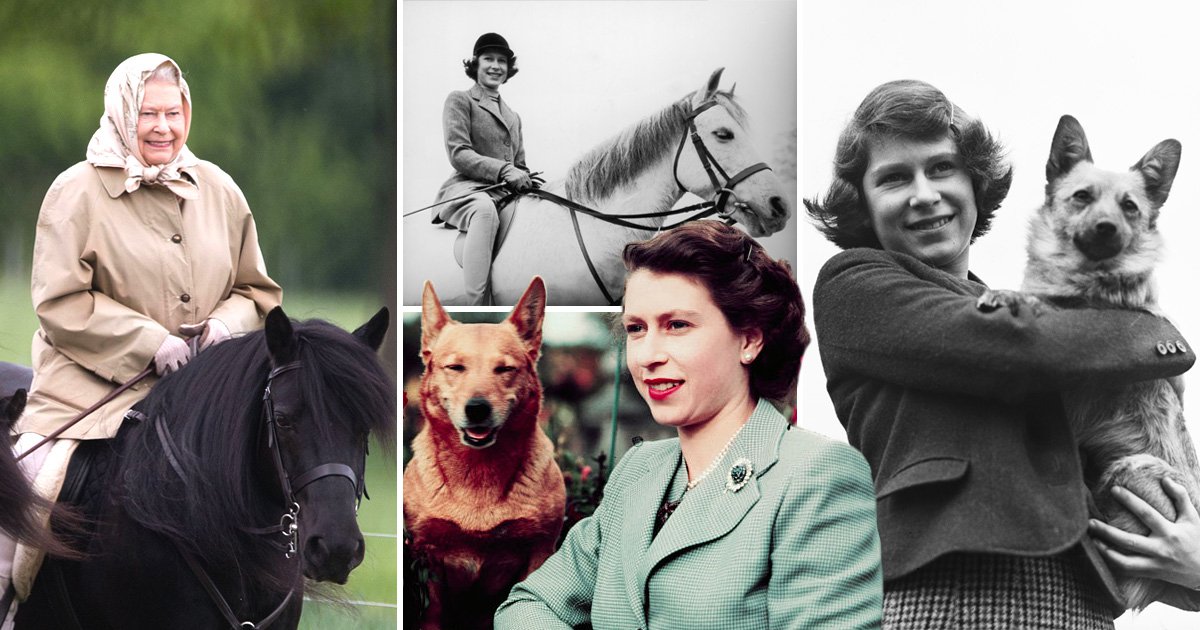 From an early age, the Queen often put her beloved animals before humans. Indeed, spare a thought for the dress designer who fled down the corridor with a bleeding leg after being bitten by a bad-tempered corgi – and later recalled Her Majesty running to comfort the dog.

But the Queen’s animal-loving soft side made the nation love her even more. It was a lifelong devotion. As a toddler, she lined up 30 toy horses in her nursery. As a treat, she would be taken from the family home in 145 Piccadilly to Buckingham Palace, where she’d pet the parrot kept by her grandfather, King George V – trained to proclaim, ‘God save the king!’

At the age of three, she was given her first ever dog – a Cairn terrier that was a present from her Uncle David, the Prince of Wales (who would later, as Edward VIII, abdicate the throne and, by extension, make her the future Queen).

Four years later, she fell in love with a corgi belonging to Viscount Weymouth, prompting her father to buy a corgi called Dookie from a local kennel. A second corgi called Jane followed and later her puppies, Crackers and Carol.

For her 18th birthday, her parents treated Elizabeth to her own corgi, Susan, who even joined the Princess and her new husband on their honeymoon in 1947.

Susan was a notorious nipper of royal staff – sinking her teeth first into the palace clock winder and then biting a guard. But when the corgi died in 1959, at the age of 14, the heartbroken Queen sketched designs for her tombstone.

Meanwhile, the ‘dorgi’ came into existence when Princess Margaret’s dachshund Pipkin took a fancy to one of the Queen’s corgis. The result – a new breed of royal favourites.

The Queen could hardly contain her pride when her own corgis starred alongside James Bond star Daniel Craig in the skit for the launch of the Olympics in 2012. The film included – to the Queen’s delight – three corgis, Monty, Willow and Holly, performing their favourite rolling-over trick.

When Prince Philip was taken to hospital, the Queen, forced to isolate from Covid and now without corgis, was given two new puppies, corgi Fergus and dorgi Muick. Having claimed she would take on no new dogs as she grew older, she delighted in their company and insisted on feeding them herself – on a diet of fresh meat and gravy. Fergus’s death, while still a puppy, left her distraught.

Other animals given to the Queen over the years included two sloths, two beavers from Canada and an elephant called Jumbo from Cameroon. All animals were rehomed in zoos or animal sanctuaries, although a baby crocodile given as a gift during a state visit to Gambia in 1961 spent the night in a Buckingham Palace bath before being handed to London Zoo.

The Queen’s devotion to horses began with riding lessons at the age of three. When a carriage horse at Hampton Court Palace was desperately injured by a bomb in 1941, the young Princess Elizabeth was distraught, visiting the horse day and night, and calming him by talking to him for hours to take his mind off the pain from multiple stitches across his stomach. Her devotion paid off – the horse survived.

Once sovereign, The Queen’s favourite horse was the black mare Burmese, who she rode for the annual Trooping the Colour parade until 1986. When Burmese retired, the Queen swapped to a horse-drawn carriage.

Well into her nineties, the Queen continued to ride, refusing to wear a hat and instead donning a headscarf for her early morning hacks around Windsor Great Park on her fell pony Carltonlima Emma.

As well as her enthusiasm for horse racing – it was said she read The Racing Post before her daily newspapers – the Queen was also was an avid pigeon racer, and president of a number of pigeon racing societies. She learned as much about the habits and welfare of her birds as the most dedicated pigeon fancier in the UK.

Recalling her ability to communicate with any creature, a Sandringham headkeeper said, ‘The great thing is animals understand her as well.’