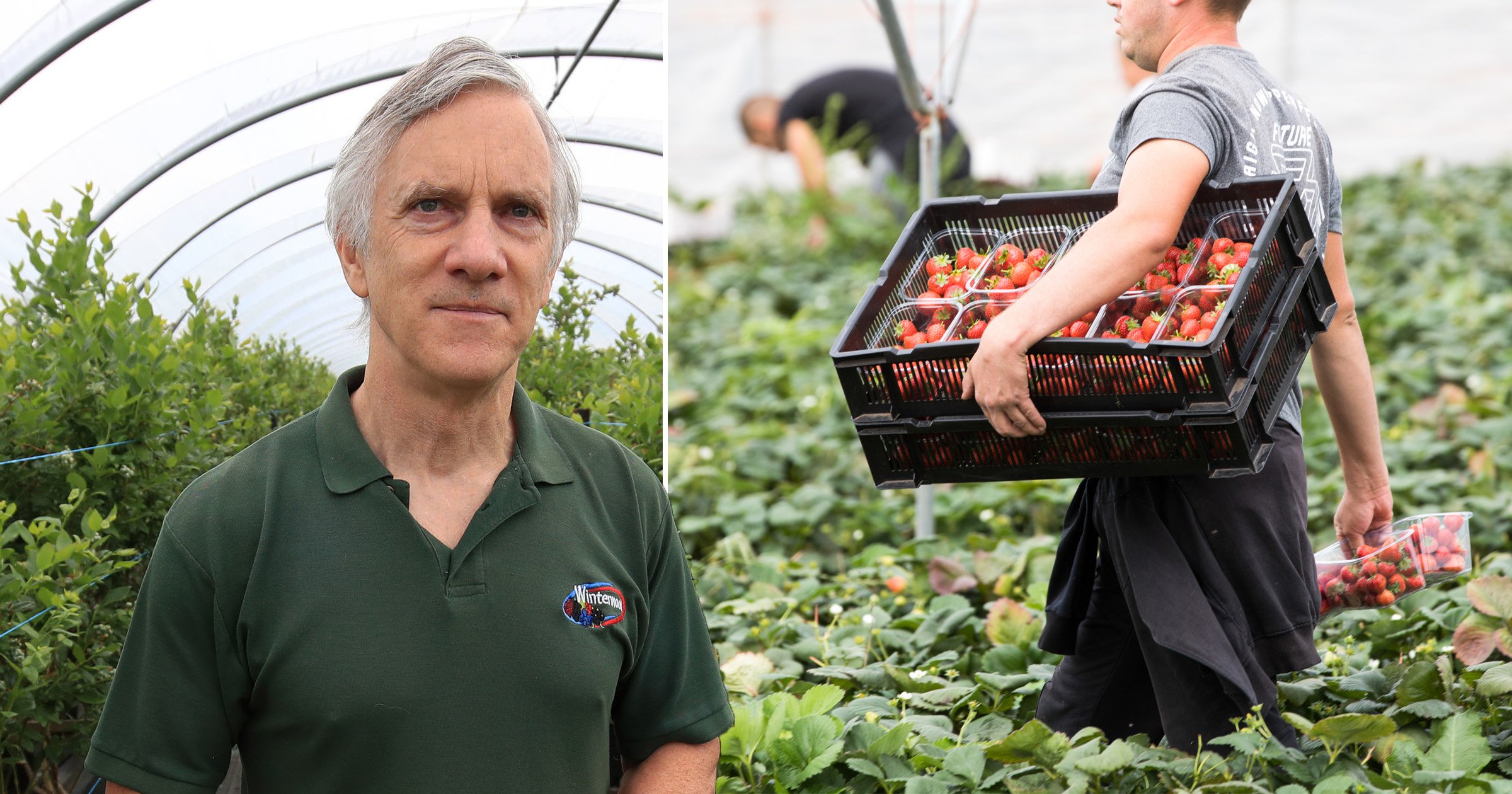 Farmers have been left ‘on the brink’ after Brexit put a ‘massive hole’ in the numbers of fruit pickers coming to the UK in the summer months, it has been claimed.

Applications for seasonal work at one Kent-based company are down 90% in the last two years and there are fears for the future.

Stephen Taylor, managing director of Winterwood Farms Ltd, said the labour market has got ‘tighter and tighter’ over the last couple of years.

He said the impact of Brexit on the flow of workers to UK farms is only getting worse.

The Department for Environment, Food and Rural Affairs (Defra) said the Government will ‘always back our farmers and growers’ and ensure producers across the UK have the support and workforce that they need.

But Mr Taylor said ‘95% of all fruit and produce picked and packaged in this country is done by eastern Europeans’, adding: ‘From the end of June, people who haven’t got pre-settled status, at least, can’t work.

‘We are not talking about a few tens of thousands, we are talking hundreds of thousands of people less to work in the UK.

Two years ago, Mr Taylor’s company received about 20 applications a day from people wanting to come over to the UK to work picking fruit, but this year it is down to just two a day.

He said: ‘We are right at the brink now.’

Winterwood Farms Ltd runs more than 2,000 hectares of farmland across the UK, France, Poland and South Africa, packaging and marketing fruits to retailers and supermarkets.

They are the largest growers of blueberries in both Europe and Africa.

At their premises near Maidstone in Kent, Mr Taylor says they are busy getting ready for the summer season.

He referenced the UK’s unemployment rate, which stood at 4.8% of over-16s for January to March, but said it varies by region, and issues arose where British workers did not live in reach of farms.

Mr Taylor added: ‘If we want the Brits to do that work they need to be mobile.’

‘The solution is for the Government to recognise the fact that these people, they come and they go back home, so they don’t have any recourse to public funds.’

Nick Marston, Chairman of British Summer Fruits, said the soft fruit industry faces decreasing numbers of seasonal workers from the EU and the ‘impossibility of recruiting a significant proportion of our large workforce from UK residents’.

But he added: ‘Despite Brexit and restrictions on the free movement of workers, the industry has generally been able to recruit a large enough workforce for the current soft fruit season.

‘In short, we are confident that strawberries won’t be left in fields unpicked on any significant scale, although we can’t rule out pockets of issues on a few farms.’

He welcomed the Government’s decision to expand its Seasonal Agricultural Workers visa scheme – which allows people to come to the UK for up to six months to do farm work – from 10,000 visas in 2020 to 30,000 for 2021.

‘We will always back our farmers and growers, and ensure that producers across the UK have the support and workforce that they need.’

They also cited the department’s review into automation, which they said will ‘pave the way for a pioneering and efficient future’ for fruit and vegetable growers.