King Charles gestures for the table to be cleared

Clips of an irritated King Charles III quickly went viral today after the new monarch was caught grimacing and motioning toward royal aides during the ceremony that officially proclaimed him King. The new King was first caught grimacing and frantically motioning to a royal aide to move a pen and ink box from his desk as he tried to sign the proclamation documents. He was later caught motioning towards the same aide after the signing as he wanted the aide to remove the ink tray and pens from the table.

Viewers quickly picked up on the moment, with many describing the desk at the Accession Council desk as “too small” for the signing ceremony.

@GWalker9 tweeted: “Wonderful to be an eyewitness to history unfolding – including King Charles III’s characteristic irritation over the ink wells on the table.”

@viva_blondie defended the new monarch’s visible frustration, tweeting: “It’s been a long day for His Majesty. Give him a break.

“Most people who lose their mother are still behind closed doors at this point grieving in private.”

JUST IN: Sussexes told ‘leave us alone’ after blow to William and Charles 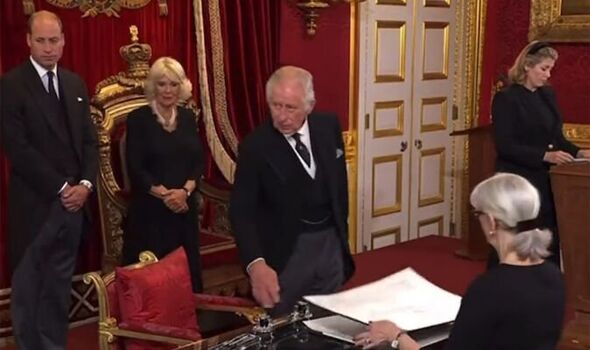 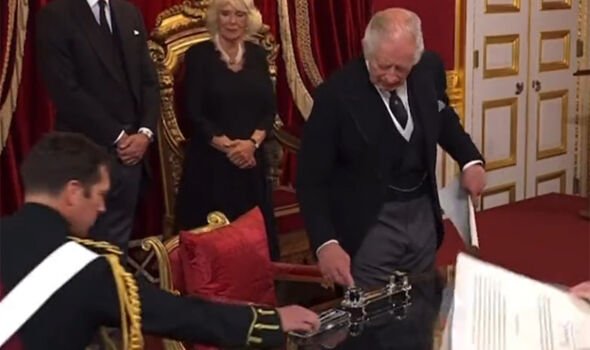 @FoxwellFilms was one of many distracted by the moment, remarking: “King Charles seemed a little angry with the ink arrangements.”

In the first clip, King Charles III can be seen running out of room on the desk before gesturing for an aide to help make some space.

He could be seen grimacing and pushing the ink tray before somebody was hand to remove it from the table. 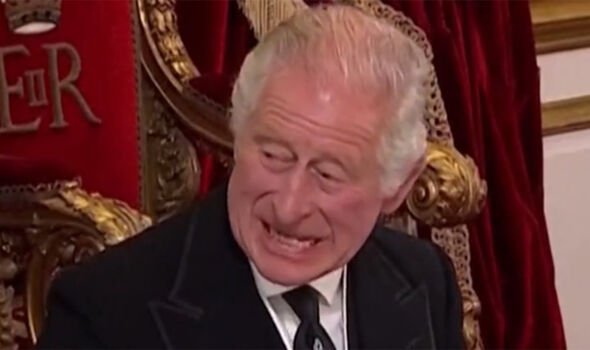 In the latter video, King Charles can be seen motioning again for the ink tray and ornates to be moved as he sat back down after the signatures.

The fountain pen set he used to sign the momentous document was a gift from his sons Princes Harry and William.

Sussexes told ‘leave us alone’ after blow to William and Charles [VIDEO]
Royal POLL: Should shops close and events be cancelled this weekend? [POLL]
Majestic Charles proved he was born to be king, says LEO MCKINSTRY [COMMENT] 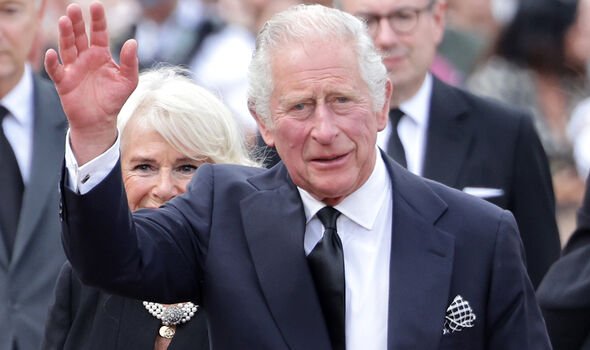 He continued: “Even as we grieve, we give thanks for this most faithful life.”

Charles added he would “strive to follow the inspiring example” he was set by his mother in taking on the “heavy responsibilities of sovereignty”.

The King became the monarch after the death of his mother, but a meeting on Saturday formally confirmed the new role.

During the ceremony, he also approved the day of the Queen’s funeral being a bank holiday.

UK's most Googled people and stories of 2018