Business Secretary Kwasi Kwarteng has said he is “not guaranteeing anything” over whether the fuel crisis will have an impact on Christmas.

Days of chaos have seen motorists forming long queues for petrol with fuel pumps running dry amid fears that issues arising from the crisis could extend through to the end of the year.

A shortage of tanker drivers has hit supplies across the country sparking panic buying – and now retailers have warned the government the crisis is threatening their stock lines with the festive season approaching.

In a tweet, Mr Kwarteng said the “government’s Reserve Tanker Fleet will be on the road this afternoon to boost” fuel deliveries across the country.

When asked if the fuel crisis would have an impact on Christmas, Mr Kwarteng said: “I’m not guaranteeing anything, all I’m saying is that I think the situation is stabilising.

“I think people realise that this will pass and we are very focused that we are getting enough drivers, we have stepped up military drivers and we are making sure we are getting petrol into the forecourts that can actually mean we have enough supply for demand.

“If we look at the deliveries of petrol, they were matched yesterday by the sales, so that means the situation is stabilising.”

He said the public could see soldiers driving some tanker vehicles in the coming days as part of measures to try to tackle the supply issues.

“Clearly, we have got the army on standby – we have made preventative measures. We have tried to alleviate the HGV driver shortages by lifting visa rules,” he said.

“Anyone versed in military defence issues knows that it takes a couple of days, sometimes a few days, to get troops on the ground.

“We have decided to do that. I think, in the next couple of days, people will see some soldiers driving the tanker fleet.” 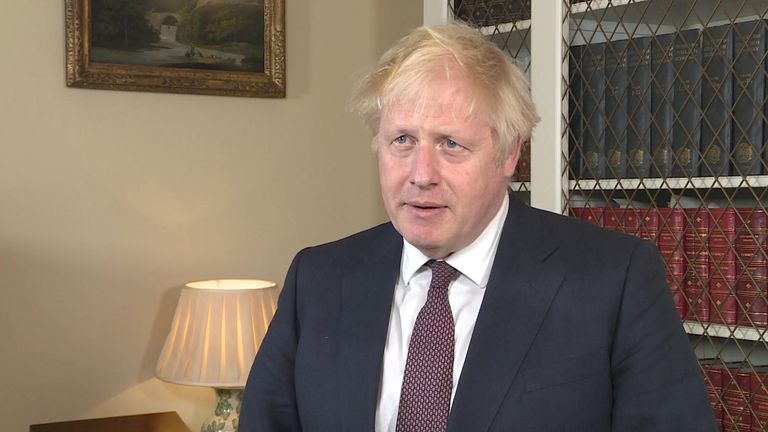 Retailer Next warned its services would likely experience “some degradation” as the festive season approached without appropriate action.

“For the sake of the wider UK economy, we hope that the government will take a more decisive approach to the looming skills crisis in warehouses, restaurants, hotels, care homes and many seasonal industries,” the fashion giant said.

The prime minister said on Tuesday the situation was “stabilising” and urged motorists to fill up their tanks as normal.

Boris Johnson added the government was putting in place preparations to ensure “all parts of our supply chain” – not just petrol – were able to “get through to Christmas and beyond”.