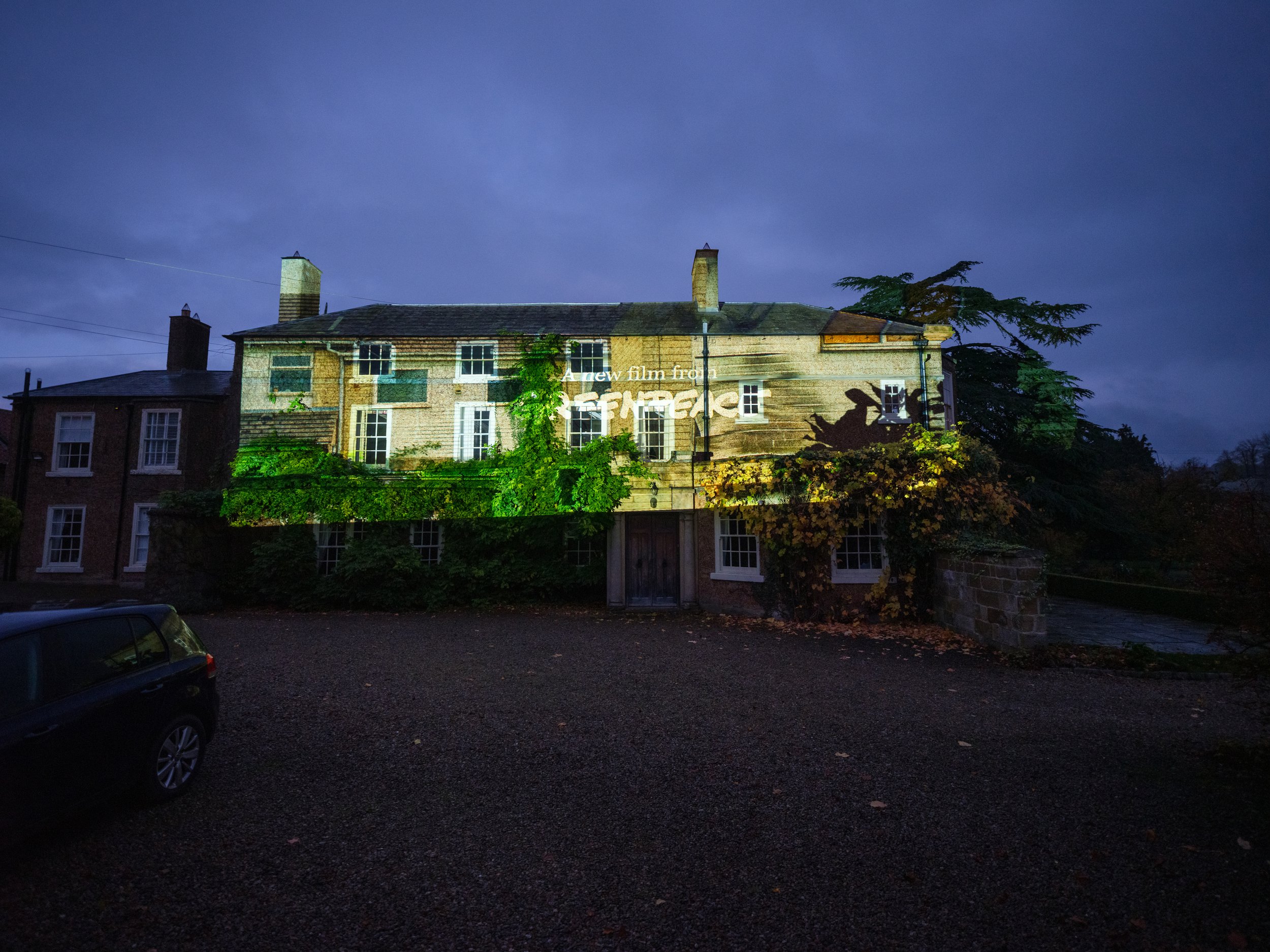 Clips of people opening up about crushing energy bills have been projected onto Rishi Sunak’s £1.5 million mansion hours before a bleak autumn statement is unveiled.

Those struggling speak about parents being unable to feed their children in ‘broken Britain’ in the footage.

It was beamed onto the prime minister’s Georgian manor house in his constituency in North Yorkshire by Greenpeace activists tonight.

The British leader, who is worth £730 million with his wife, was away at the G20 meeting in Bali today.

It’s thought his family were not inside at the time, with the nine-minute video reportedly played twice in a row.

It comes as soaring energy costs and food bills hammer families across the UK, with a quarter of the country already reported to be in fuel poverty.

This will rise to 11 million if the government doesn’t help, one prediction from The End Fuel Poverty Coalition states.

One woman warns: ‘They’re not going to be able to afford to feed and clothe their kids, and to be able to heat their homes. That is an absolutely impossible situation to put people in.’

Another says: ‘The phrase which keeps coming to mind, which was something used back in the 80s, is “Broken Britain”, and we are broken.’

It comes as Chancellor Jeremy Hunt is set to unveil a £54 billion package of tax hikes and spending cuts, after former PM Liz Truss’s disastrous mini-budget was axed.

He is expected to impose stealth taxes by freezing the rates at which workers begin paying higher rates, drawing more into higher brackets as inflation soars.

The windfall tax on oil and gas giants is expected to be increased and widened to electricity generators.

But the energy bill support package unveiled by Ms Truss is expected to be made less generous from April when the average bill is set to rise from £2,500 to £3,000.

Posting on Twitter, Greenpeace wrote: ‘If Rishi Sunak was serious about keeping people warm this winter, he’d announce at least £14 billion to support people struggling with bills and £6 billion for a national insulation and energy efficiency programme.’

Heather Kennedy, a community organiser from the New Economics Foundation who works in and around the Rother Valley and helped produce the film, told The Guardian: ‘The rise in energy prices is made much worse by our poorly insulated, leaky homes, which waste our money every time we turn on our heating.

‘But there is investment the government could make in this budget that would protect us from rising energy costs this winter and in the winters to come. Our prime minister, Rishi Sunak, should kick-start a national programme of home upgrades to insulate Britain’s cold, draughty homes this winter.’

Created in partnership with the New Economics Foundation thinktank, the Greenpeace cost of living film premieres online on November 22nd.