Home » Europe » Fuel supply crisis: Grant Shapps urges motorists to fill up only ‘when they need to’

The transport secretary has said “there’s plenty of fuel” in the country as he urged motorists to only fill up “when they need to”.

A shortage of fuel tanker drivers has forced some retailers to shut their pumps and ration sales. 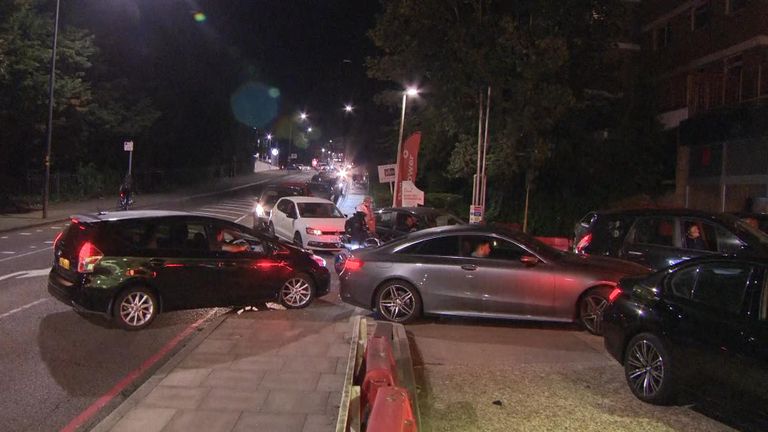 As well as appearing to blame the public for the crisis, arguing if people filled their cars as normal there would not be a problem, the cabinet minister also accused a road haulage group of causing the “manufactured situation”, claiming it was “desperate to have more European drivers undercutting British salaries”.

He made his comments as business leaders warned a visa scheme aimed at fixing a shortage of HGV drivers “will not be enough”.

The government is trying to ease supply chain pressures that have seen panic-buying at the petrol pumps and shops struggling to fill their shelves around the country.

The measures announced so far include:

• 5,000 fuel tanker and food lorry drivers being allowed into the UK from overseas for three months until 24 December

• 5,000 poultry workers being allowed into the UK on the same terms

But the UK has an estimated shortfall of 100,000 HGV drivers, according to the Road Haulage Association (RHA), which blamed a “cocktail of chaos” for the crisis.

It was this group Mr Shapps appeared to take aim when he accused a trade association for the haulage industry of “sparking” the supply “crisis” through “irresponsible briefings” to the public.

Although Mr Shapps did not name the body, the Mail on Sunday reported a government source stating the RHA was “entirely responsible for this panic and chaos”.

Denying the government had ignored warnings for months about a looming driver shortage, Mr Shapps said: “Let’s not pretend this is a UK-specific problem, it’s not. In Europe, for example in Poland, the shortage is 123,000 drivers, so there isn’t just one simple new point to axe off, there isn’t one simple solution to this, but we have, despite having had shortages, managed to ensure that petrol was still getting to petrol stations, food getting to the shops.

“I’m afraid there has been some pretty irresponsible briefing out by one of the road haulage associations, which has helped to spark a crisis, and that’s very, very unhelpful, it’s counterproductive.

“I know that they’re desperate to have more European drivers undercutting British salaries, I know that’s been their ask all along.

“We actually think that it’s important that this country can train people, that people can do a proper day’s work, that they’re paid properly for that work, and that the long-term solution cannot be undercutting British salaries and having a constant vicious cycle of not being able to train people here and employ them on decent salaries.”

Mr Shapps added: “We need to ensure that people are reassured now that this rather manufactured situation has been created, because there’s enough petrol in the country.” 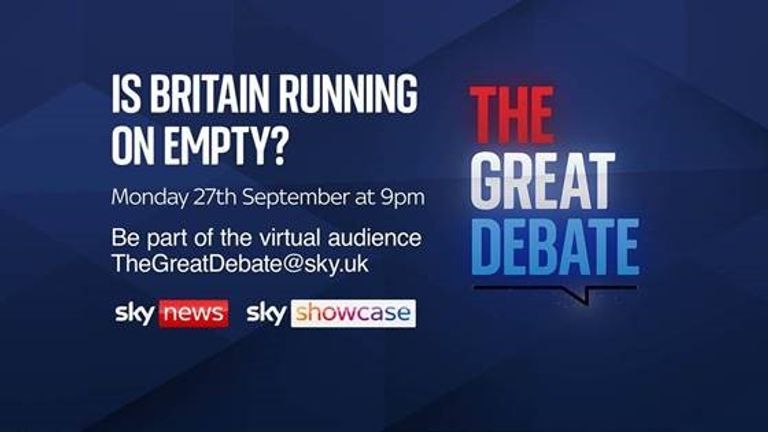 Pressed over who had caused it, he said: “There was a meeting which took place about 10 days ago, a private meeting in which one of the haulage associations decided to leak the details to media, and that has created, as we have seen, quite a large degree of concern as people naturally react to those things.

“The good news is there is plenty of fuel, the bad news is if everyone carries on buying it when they don’t need it then we will continue to have queues.

“We just appeal to people to be sensible, fill up when you normally would.

“We’ve got this big package in place today in order to help alleviate the pressure and we ask people to do their part.”

Meanwhile, Labour leader Sir Keir Starmer suggested visas could be needed for 100,000 lorry drivers, rather than the 5,000 announced by ministers, to tackle the shortage.

He told the BBC’s Andrew Marr Show: “We have to issue enough visas to cover the number of drivers that we need.”

Domestic violence victims in rural areas are being let down, report says