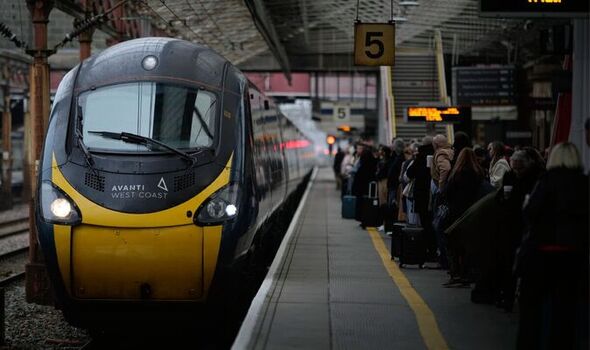 Christmas is a very busy time at airports, and the strikes are likely to lead to longer queues at passport control. Birmingham, Cardiff, Gatwick, Glasgow, Heathrow and Manchester airports, and the port of New Haven, will be affected.

10,000 ambulance workers – including paramedics, control room staff and support workers – will strike across most of England and Wales on 21 and 28 December. The walkout by the three main ambulance unions – Unison, GMB and Unite – will affect non-life threatening calls only

Nurses in England, Wales and Northern Ireland are set to strike on 15 December and 20 December. The Royal College of Nurses wants a rise of 5 per cent above the Retail Price Index (RPI) measure of inflation – currently 14 per cent.

Unite the Union will also strike – affecting East Midlands Railway – on 23 and 24 December.

Security staff on the Eurostar train service are set to strike for four days in the run-up to Christmas.

Postal workers held strikes on Friday and Sunday and will hold further walkouts on December 14, 15, 23 and 24. Deliveries are affected, with the last days for Christmas post now 12 December for second class and 16 December for first class.

Teachers in Scotland walked out on 24 November, with further strikes in December, January and February.

Driving examiners will hold rolling strikes from 13 December to 16 January.

WHO ELSE IS CONSIDERING INDUSTRIAL ACTION?

About 100,000 civil servants have voted to strike across different government departments.

Junior doctors in England, represented by the British Medical Association, are planning to hold a ballot in January, over a pay deal which will give them 2 per cent this year.

The Fire Brigade Union is balloting its members from December 5 to January 23 over industrial action.

‘She won’t mess that up!’ Brexiteer MP RIDICULES May’s cosy relationship with Brussels