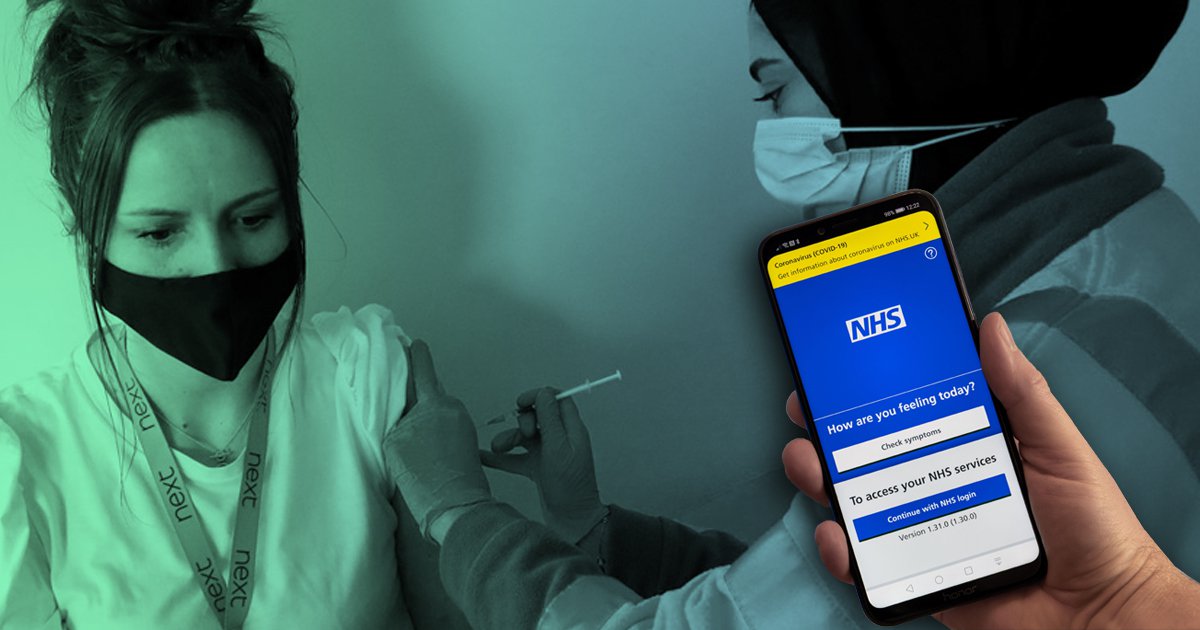 More than 22 million fully vaccinated Brits may still have to self-isolate for 10 days after coming in close contact with an infected person after June 21, reports say.

The plans could dash hopes for a return to normality next month as a single infection in an office could spark a mass quarantine of staff.

It could also put people off going to crowded places due to the risk of having to self-isolate.

A subsequent negative test would also not be enough to end the quarantine, the Telegraph reports.

Government sources told the paper that the contact tracing system should be here to stay, as there is a risk of catching and spreading Covid even after both jabs.

‘There is still a risk of getting the virus and spreading it on,’ a source said.

It comes after ministers advised against all but essential travel in eight areas of England where the Indian variant is spreading fastest.

Bolton, Leicester, Kirklees and Hounslow in west London have been the hardest hit, with locals told not to meet indoors.

People should avoid travelling into and out of the eight areas, with Bedford, Blackburn with Darwen, Burnley and North Tyneside also on the list.

Residents should also be tested twice a week, according to the Government advice.

The change to the guidance – which is not law – appears to have been made on Friday without an official announcement, prompting criticism from MPs.

Yasmin Qureshi, Labour MP for Bolton South East and shadow international development minister, said: ‘I was not informed of this and I understand nor was anyone else in Bolton.

‘I’m just gobsmacked. They’re making such an important announcement and they don’t even have the decency to tell us or tell our constituents.

‘This is typical of this Government’s incompetence.’

Layla Moran, chairwoman of the All Party Parliamentary Group on Coronavirus, said updating the guidance without a proper announcement ‘is a recipe for confusion and uncertainty’.

‘Local people and public health leaders in these areas need urgent clarity from the Government. Matt Hancock must come before Parliament and make a public statement to explain these new rules,’ she said.

Ms Brabin said she would raise the matter urgently with vaccines minister Nadhim Zahawi on Tuesday.

She tweeted: ‘If Govt are concerned we need clear guidance and support not advice that could cause anxiety and confusion.’

Meanwhile, the Government will be facing an urgent question from Labour’s shadow health secretary Jonathan Ashworth on Covid-19 on Tuesday.

A Government spokesman said: ‘Working with local authorities, we took swift and decisive action to slow the spread of the B1.617.2 (India) variant by introducing surge testing and bringing forward second doses of the vaccine for the most vulnerable.

‘We provided additional guidance for those living in affected areas when we became aware of the risk posed by the variant, to encourage people to take an extra cautious approach when meeting others or travelling.’

Children lashing out in class because they're desperately hungry