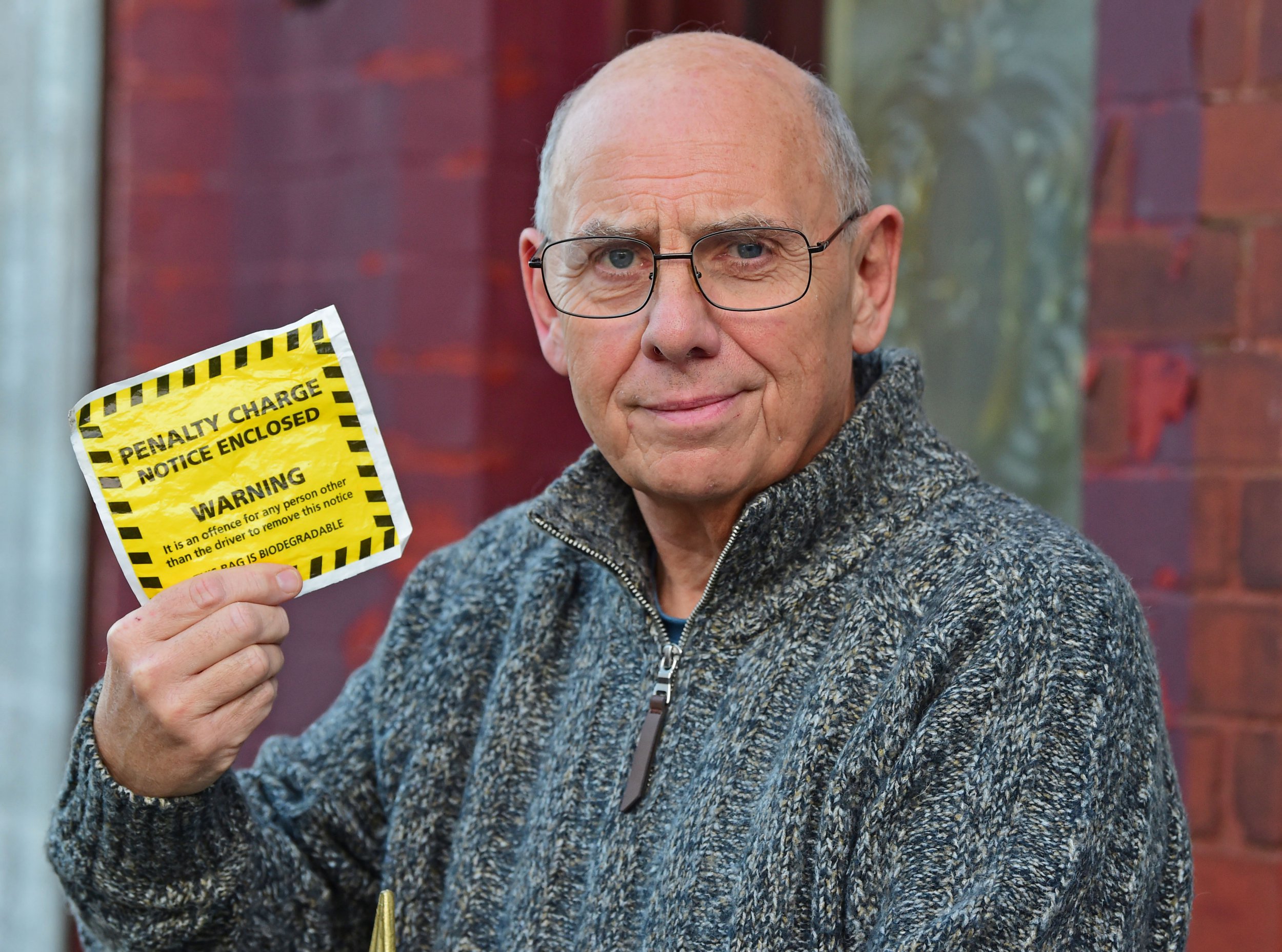 A driver had voiced his anger after unexpectedly being given his first-ever parking ticket – outside the house he has lived in since 1981.

David Wright, also known as Ian, has lived close to Everton’s Goodison Park stadium for more than 40 years and says he has never had a parking ticket in that time.

Swanston Avenue, where he lives, is close to the Premier League ground and there is a parking zone which sees local residents given permits so they don’t get fined.

Mr Wright accepts he may not have renewed his permit, but says he was still shocked to see his car hit with a ticket on the evening of January 3, the Liverpool Echo reports.

He said he has never had an issue in the area before and has questioned the timing of his fine as the council tries to make budget savings.

‘If it has been out of date all that time, why am I only being fined now?

‘All of a sudden the council are on my case and ticketing my car, parked outside my house at 7.30pm at night when it is pitch black. Are they short of funds?’

‘Is the council that badly off that they are having to extract money from pensioners like me in what is already a deprived area? Needless to say I have challenged this Fixed Penalty Notice in writing and with photographs.’

Liverpool Council confirmed the permit in question expired last September and as a result the fine was correctly issues.

The local authority said Mr Wright has until January 27 to pay at the discounted rate and is welcome to appeal the decision if he wishes.

The council added that resident parking permits are renewed annually and Mr Wright can apply at any time for this to be renewed.

Prince William’s intervention in Israel-Palestine row: ‘You’ve not been forgotten’

COVID-19: Tourist board in Cornwall urges people not to visit county unless they have pre-booked amid sharp rise in cases