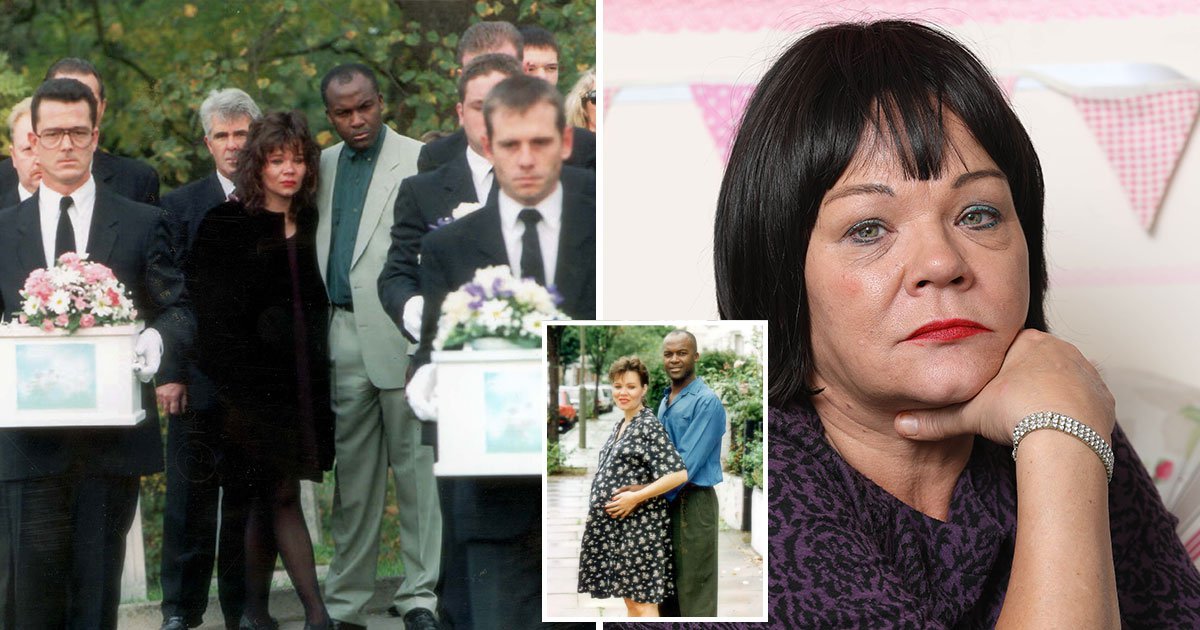 The funeral of a woman who gave birth to octuplets who all died will take place today after she lost her battle with cancer at the age of 56.

Mandy Allwood made headlines 26 years ago after announcing she was expecting eight babies.

But over the course of three days she gave birth to six sons and two daughters – none of them survived.

Speaking about her death, Mandy’s friend, Mark Beard, said: ‘She had been struggling with cancer for a while and had an operation before Christmas but told us recently that it had come back. I don’t know what sort of cancer it was.’

Mark, 58, who is the landlord of the Yard of Ale pub in Stratford-upon-Avon, Warkwickshire, said Mandy would visit a couple of times a week.

He told The Sun: ‘She blended in really well and was always up for a chat. She was a bit eccentric and nutty but that’s why we loved her.

‘She sometimes spoke about what happened to her, with the eight babies. People would often ask her about it.

‘When we first met she told us who she was and she said she had been in magazines in the past but that was it.’

Mandy is due to be cremated in a service this morning funded by her local council, with no mourners present.

Her close family did not wish to comment, but said they would not be attending.

Instead, around a dozen of Mandy’s friends will raise a glass in memory of her together tonight.

After their deaths Mandy said: ‘Over three days and nights I miscarried eight times.

‘I cradled each of them for two and a half hours as they died in my arms. It was horrible. Truly horrible.

‘When I felt the last one coming, I said, “Please, God, let at least one of them live.”‘

She went on to have three children but still never recovered from the trauma of losing her eight babies.

Mandy said she experienced phantom pregnancies, where she said she could still feel them kicking.

After the loss she split from her partner Paul Hudson and turned to alcohol.

She was arrested in November 2007 for driving while three times the limit, and she had her three children in the car.

She later lost custody of the children and became estranged from her family.

But Mandy still continued to visit the West Norwood Cemetery in south London, where their funeral was held in 1996, to lay flowers for her octuplets.

‘You will never forget your little boy or girl but you can’t change it,’ she added.

‘You will always have those memories and you will come through it.’

She also told of how Princess Diana had reached out to her five weeks after the deaths of the babies and the pair met twice.

‘When we first met she said to me, “Thank you for keeping me off the front pages for a change.”

‘We talked about her depression and my panic attacks and she told me she had been there, too.

‘We spoke about her family and she talked a lot about Charles and Camilla.’

Rescue centre release adorable one-eyed seal back into the sea