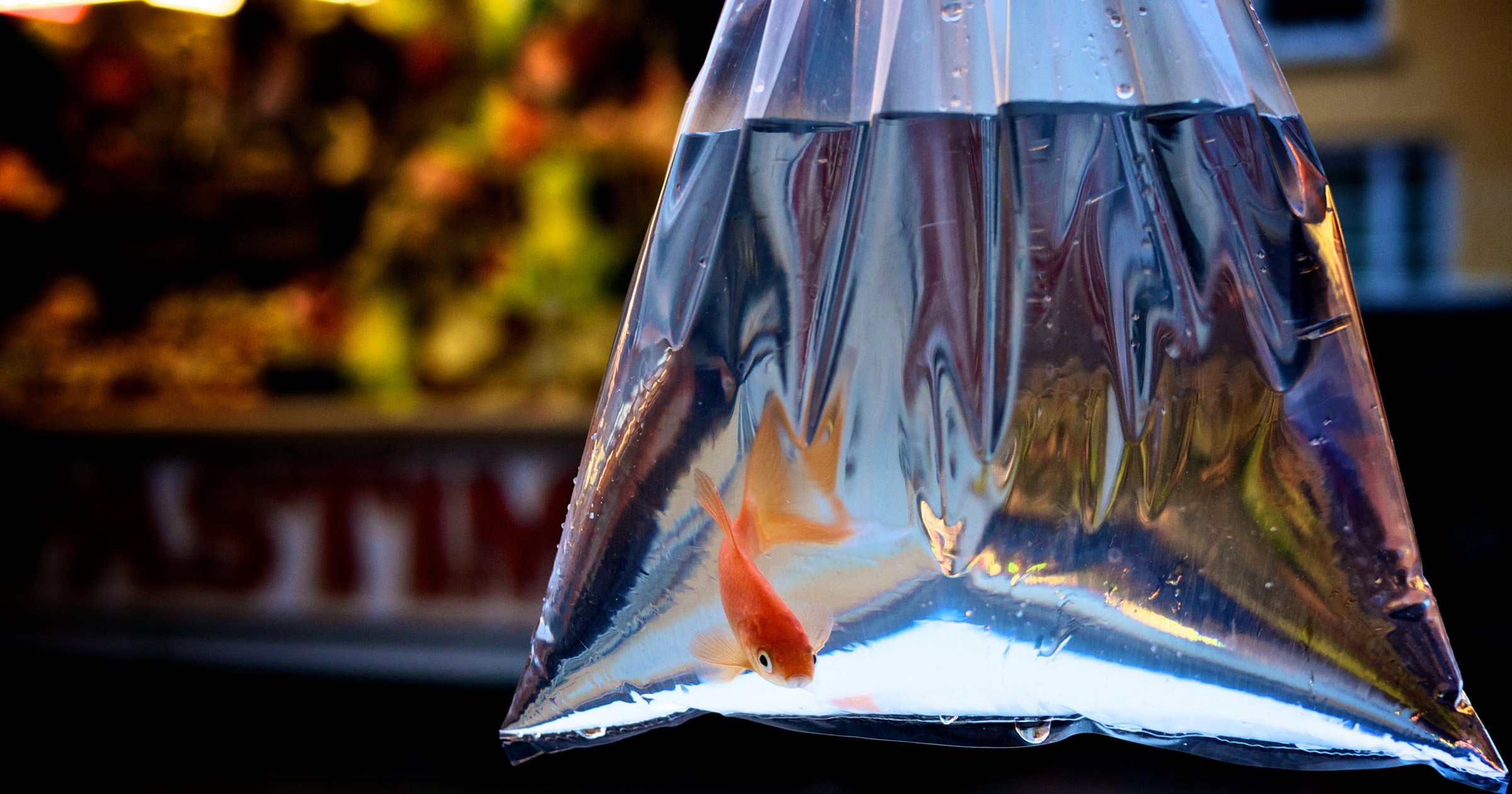 Funfairs and carnivals in Bristol have been stopped from handing out goldfish as prizes as it’s cruel to the species.

The move came about after an RSPCA campaign argued the use of live animals as trophies ‘disrespects and exploits species’.

Giving them out as prizes can also be extremely harmful for their welfare as many homes ‘are not adequately prepared to meet their welfare needs’.

Awarding winners with live animals is illegal in Scotland – but it is left to local councils to decide across the rest of the UK.

He told those gathered that many goldfish die from shock or poor treatment within hours or days in their new homes.

Mr Hucker said: ‘The mayor may not have been made aware of this national campaign, but I am sure he will agree with me that this commercial practice is totally unacceptable in our more enlightened age.

‘The use of live animals as trophies disrespects, and exploits, species as well as being extremely harmful for their welfare.

‘We are fortunate to live in far more enlightened times. It is certainly no “fun at the fair” for these captive creatures.’

Mr Rees later replied saying he ‘fully supports’ the ban – adding that he would ‘ask the events team to ensure the contract is updated to clearly exclude live animals as prizes’.

The RSPCA – which is running a Pets as Prizes campaign – says it regularly receives calls relating to animals being given away as prizes, particularly goldfish.