Second homeowners based in some of the UK’s wealthier cities like London fled to the southern county to escape the virus that has stolen 422 lives so far. Now, locals in St Ives, Cornwall, have written giant messages on the beach telling second homeowners to leave the county. The hostility was shared by country folk in Wales where a sign appeared in Bala, north Wales, which says ‘Go home rats’.

It adds “people should remain in their primary residence. Not taking these steps puts additional pressure on communities and services that are already at risk”.

It mirrors what happened in Italy when the government announced a complete lockdown and restriction on freedom of movement in Lombardy, which saw hundreds of Italians defying the measures and escaping to the south – which consequently saw the number of cases shoot up.

Prime minister Boris Johnson instructed people yesterday to stay at home, only leaving to exercise once per day and to shop for the absolute essentials. 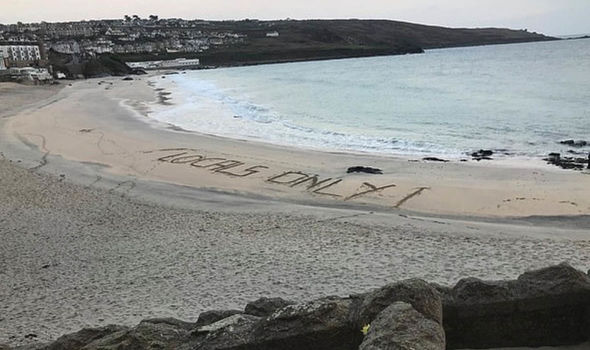 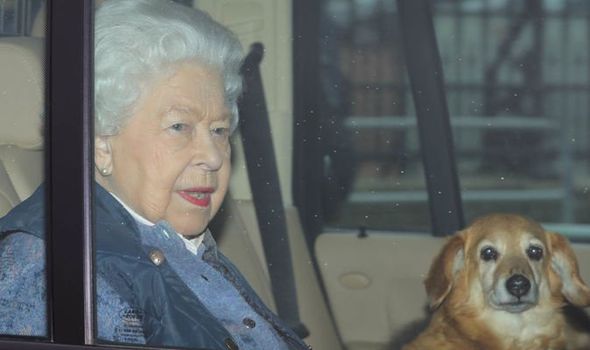 Meanwhile, restaurants, pubs, shops, cafes, music venues and galleries have all closed for the foreseeable.

But, while the coronavirus is having a heavy impact socially, economically and culturally, it’s a blessing in disguise for climate change, with wildlife thriving.

Air pollution in UK cities is falling as the country goes into lockdown – mirroring what has happened in other parts of the world, experts said.

Satellite images have already revealed dramatic reductions in concentrations of pollutant nitrogen dioxide in China and northern Italy, coinciding with lockdowns to tackle the coronavirus pandemic.

DON’T MISS:
Linda Lusardi placed on oxygen after being hospitalised with COVID-19
What is Hantavirus? At least one person dead as China fears new pathog
Kubrat Pulev happy to fight Anthony Joshua behind closed doors 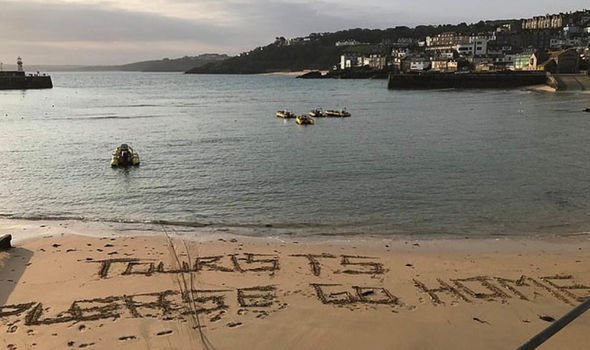 And as daily life grinds to a halt in the UK, with a sharp reduction in traffic that causes much of the air pollution in cities, air quality has started to improve here.

As COVID-19 has caused heavy lockdowns across large areas of the planet, carbon emissions have decreased.

Some airlines have virtually been brought to a halt due to the pandemic, and the lockdown has seen millions of less cars on the roads throughout the world.

Ultimately, climate change scientists believe this is letting Earth recover for a few weeks or months.

Glen Peters, Research Director at the Center for International Climate and Environment Research – Oslo, wrote in an article for The Conversation: “The International Energy Agency had already predicted oil use would drop in 2020, and this was before an oil price war emerged between Saudi Arabia and Russia. 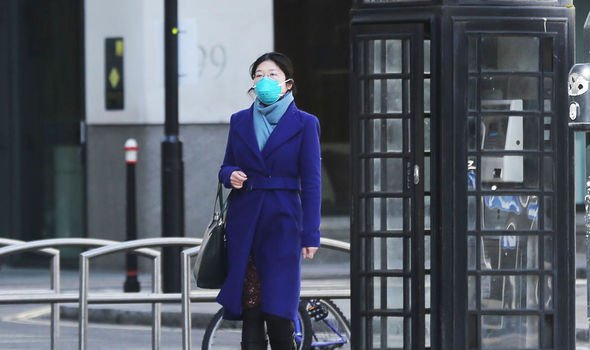 “The unprecedented coronavirus lockdown in China led to an estimated 25 percent reduction in energy use and emissions over a two-week period compared to previous years (mostly due to a drop in electricity use, industrial production and transport).

“This is enough to shave one percentage point growth off China’s emissions in 2020. Reductions are also being observed in Italy, and are likely to spread across Europe as lockdowns become more widespread.

“The emission-intensive airline industry, covering 2.6 percent of global carbon dioxide emissions (both national and international), is in freefall.

“It may take months, if not years, for people to return to air travel given that coronavirus may linger for several seasons.

“Given these economic upheavals, it is becoming increasingly likely that global carbon dioxide emissions will drop in 2020.”