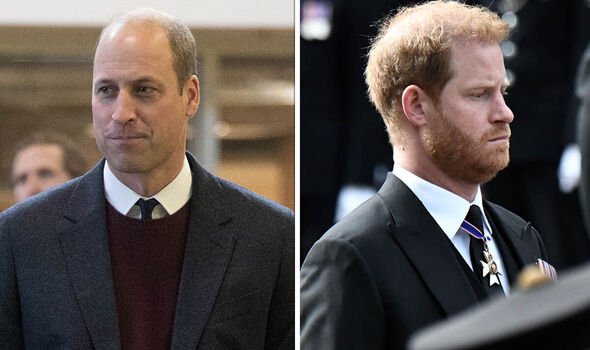 A royal correspondent has claimed that Prince William “is going to be furious” with brother Prince Harry following the revelatory claims in his book – and could prevent him from coming to King Charles’ coronation.

Speaking on Good Morning Britain, Chief Royal Correspondent for Newsweek Jack Royston told GMB hosts Ben Shephard and Kate Garraway stated that the issue of whether Harry will be attending the King’s upcoming coronation will likely be a “joint decision” – meaning the Prince of Wales could prevent him from coming.

Mr Royston said it would be up to King Charles and Queen Camilla to decide whether Harry, 38, and wife Meghan, 41, will be invited, adding that both William and Kate could well have a say in the choice.

In the book, which is due to be published on January 10 but was published yesterday in Spain, enabling Express.co.uk to get a copy, Harry describes William as his “arch-nemesis” and alleges that his brother physically assaulted him.

In an interview for ITV with Tom Bradby, set to air on Sunday, January 8, Harry said he wasn’t sure if he would be going.

Mr Royston said of the book: “This is definitely the most intimate and most private account we have ever had of any Royal Family member in history. There is stuff in this book that deserves attention.”

Host Kate then said of the bombshells: “It makes you wonder if they will look back and think actually, there was a reason why not speaking out has been in place for so long.”

Regarding the coronation, Jack added: “It’s obviously not completely up to him whether he attends the coronation, he needs an invite. He can’t turn up as a kind of bystander, a hanger-on and just stand in the mall with everyone else, so he’s got to have an invite.

“Obviously William is going to be furious about everything that Harry has put in this book and I actually have some sympathy for Harry in relation to that relationship. But William will be furious and I cannot see William wanting Harry at the coronation, after everything that has been said.”

Host Ben asked: “Does William have the power to say to his dad I don’t want Harry there?”

To which Mr Royston responded: “I think it is a decision that will be made jointly. Charles is obviously the King and the Prince of Wales does not trump the King.

“But William is Charles’ son, Charles and Camilla are both mentioned as well. I think this will be discussed by the three of them together and probably Kate as well. But William’s voice does count in that conversation. He doesn’t trump the King but his voice counts.”

He also told the interviewer that he saw a “red mist” come over his brother during the alleged attack – although said he hopes for a reconciliation with his brother and father.

Harry said “staying silent won’t help” after hitting back at his family for “briefing stories to the press”.

The Duke denied “invading their privacy” with his tell-all book.

The biography criticises his father for now allowing the Duchess of Sussex to be present at Balmoral when the Queen died, which Harry branded as “disrespectful”.