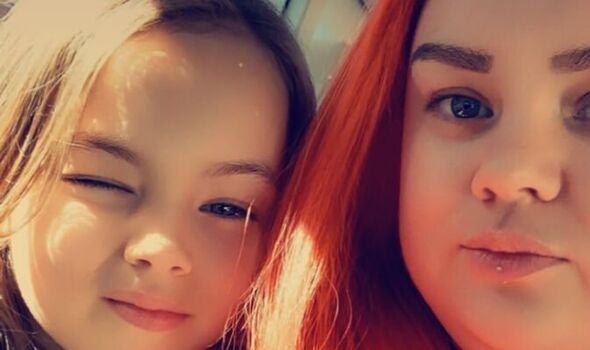 Lisa Doyle said Bobbileigh Scott resorted to watching TV in her bedroom on what should have been the first day of the new school term. Lisa said she made repeated attempts to speak to her council’s school admissions office but claims nobody responded or gave her answers about when her daughter might be found a place for the entire summer.

Lisa moved from Stalybridge, Greater Manchester, to Levenshulme, Manchester, in May and had hoped for a smooth transition for Bobbileigh, who has Attention-deficit hyperactivity disorder (ADHD).

But speaking to Manchester Evening News, the mum blasted the communication and says the disruption has unsettled her child.

Lisa said yesterday: “We are now in September and she is meant to be starting year six and she hasn’t got a school place. They haven’t even sent out any work for her to do. She is just stuck in her bedroom watching TV.

“She struggles in school so has mixed feelings. One minute she is happy she is not at school but then she hasn’t been able to make any friends and there is nothing here for her.

“She can go to any mainstream school but she can’t start her medication for ADHD until she has a place. It’s impossible to speak to anyone from school admissions and I don’t know what else to do.”

Manchester City Council said there was a “slight delay in processing” the application.

But Bobbileigh was eventually offered a place at a preferred school yesterday, after her day at home.

A spokesman for the authority said: “We received the family’s application for a school place on 22 June but a slight delay in processing time meant we couldn’t finalise the offer of a place before schools closed for summer.

“The return of schools this week means however that we’ve now been able to do this and we’ve today offered Bobbileigh a place at a primary school preferenced by the family on their application form.”

Ryan Giggs to stand trial in January 2022 over assault allegations