There is fury that Britain plans to continue to refuse to up-rate payments, despite a Canadian invitation to negotiate a deal campaigners hoped would end the “scandal” of frozen pensions. Anne Puckridge, a 96 year-old veteran of all three branches of the armed forces, said the UK Government’s decision left her “ashamed to be British”. The former intelligence officer moved to Canada to be near family at the age of 76 and receives just £72.50 a week – far less than the basic state pension of £134.25 per week.

She said: “I am shocked and deeply disappointed that the UK Government has refused the request from the Canadian Government that they enter into an agreement which would guarantee me, and countless other frozen pensioners, many of us World War II veterans, the pension to which we are entitled.”

A report by the all-party group on frozen British pensions last year claimed that the policy of not increasing payments for citizens living in countries where there is no legal requirement to do so “affects over half a million UK pensioners”. Its survey of more than 2,500 pensioners found 49 percent were paid £65 per week or less.

“This is a betrayal of the very values that the Government claims to hold and a betrayal of all frozen pensions and we will continue to fight for an end to this cruel and inhumane policy, which must be ended. It is a brutal policy over which the UK Government has no moral conscience, and is content to continue to deny 500,000 of its pensioners the quality of life in retirement that they fully earned.”

Hopes of breakthrough rose last year when the Canadian Government made representations to negotiate a reciprocal agreement which would cover pensions up-rating. 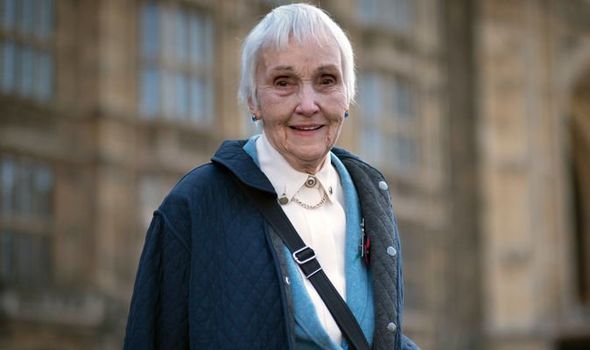 The UK Government has now responded, saying it will continue to consider the matter carefully – but it has since made clear that “as things stand” it plans to stick with the present policy.

Sir Roger Gale, the Conservative MP for North Thanet and the chairman of the all-party group on frozen British pensions, wants urgent clarification of the Government’s position.

He said: “I’m going to seek clarification from ministers because I find it hard to believe the Government is not willing to enter into proper discussions, given the offer that has been made by the Canadians. But if they aren’t willing to enter into constructive discussions with Canada, then that tells us a great deal about the Government’s position.”

A spokesman for the department for work and pensions told the Sunday Express: “We understand that people move abroad for many reasons and that this can impact on their finances. There is information on GOV.UK about what the effect of going abroad will be on entitlement to the UK state pension.

“The Government’s policy on the up-rating of the UK state pension for recipients living overseas is a longstanding one of more than 70 years and we continue to up-rate state pensions overseas where there is a legal requirement to do so.”

Paul Manly, the Canadian MP for the British Columbia constituency of Nanaimo—Ladysmith, said the UK Government was guilty of “elder abuse” by not paying people their full pensions, despite them making their contributions during their working lives.

He said: “I would like to see the UK Government deal with their pensioners fairly… It amounts to elder abuse, I think, because these pensioners worked hard, they did their duty… I think it’s appalling that they are not getting their due.”

Mr Manly said it undermined the British tradition of “fair play”, adding: “We’re not a colony any more so I’d appreciate not being treated like one.” 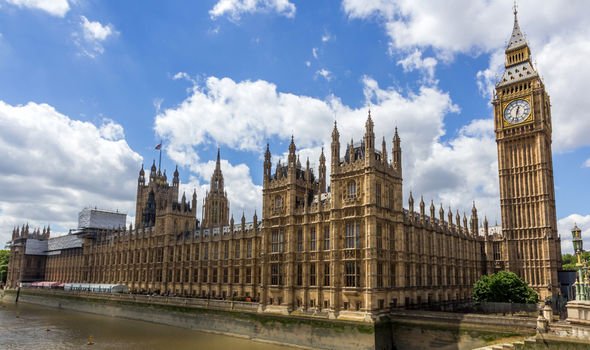 The End Frozen Pensions campaign expressed dismay, stating: “That the Government have rejected the Canadian Government’s request out of hand is a staggering betrayal of the 150,000 UK pensioners living in Canada and for all 500,000 frozen pensioners. This callous rejection confirms that not all pensioners are viewed equally by the UK Government and that they are happy to wash their hands of those who served this country, including during World War II, simply based on where they chose to retire.

“For years, the Government have used the tried and tired excuse of needing a reciprocal agreement for pensions, only to turn their backs on the opportunity to negotiate one with one of our closest and most important allies.

“By their actions, the Government have confirmed that there are two types of UK pensioners, a situation that is callous, disgraceful and morally wrong and they must reconsider this and end the scandal of frozen pensions once and for all.”

Matt Rodda, Labour’s shadow pensions minister, said: “It is wrong that pensioners are being denied the retirement they have earned, particularly where people have moved abroad to be with their families. This is clearly a very distressing situation for those involved and the Government must not let it drag on any further.

“Ministers must come clean about what their plans are to support British pensioners abroad.”

Woman stabbed to death at London hotel named by police