Images released by the Belgian palace show Princess Elizabeth with camouflage face paint, wielding a rifle during exercises. The 20-year-old dropped her regalia for uniform and a helmet as she joined fellow students on a trip into forestry.

Footage released at the same time shows the trainees being taken to the woodlands on military personnel vehicles, before being led to a clearing to plan out tactical manoeuvres using branches and string.

The Duchess of Brabant is then seen stalking through the forest along with the rest of the accompanying trainees, showing off her military skills.

The Belgian Royal Palace stated that the summer camp was part of Princess Elizabeth’s military training.

It added: “Like all students in her year, the Princess took charge of a section at certain times. 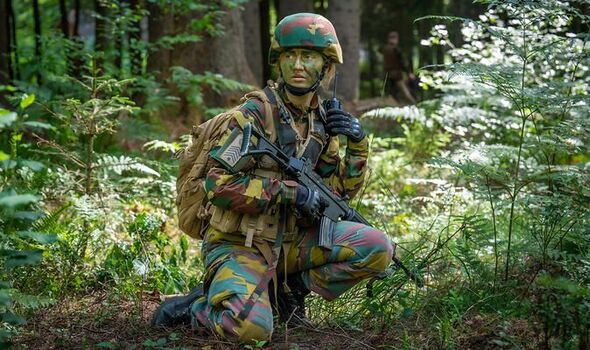 “They also learned to respond flexibly to changes and to remain motivated and alert in difficult circumstances.”

The exercises are also designed to test how participants are able to handle stress and fatigue, and show leadership.

The future monarch graduated from the academy in 2021, after spending a year studying Social and Military Sciences. 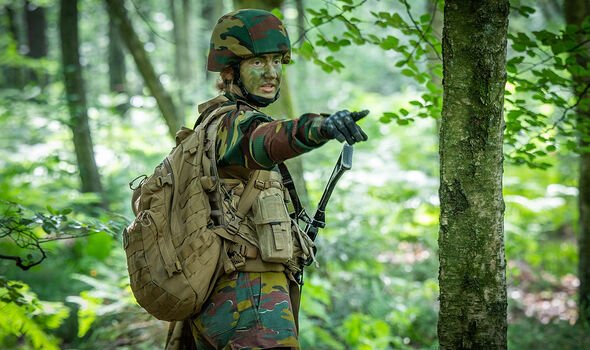 She is now studying for a history and politics degree at Lincoln College, Oxford, but remains active with the military academy.

Princess Elizabeth follows in her father’s footsteps: from 1978 to 1981, King Philippe – the current Belgian monarch – was educated at the Royal Military Academy.

During his training there, he was appointed as a second lieutenant and took the officer’s oath, before also studying at Oxford.

The heir to the Belgian throne is one of many royals to follow the time-honoured tradition of military training – something nearly all British monarchs have undertaken. 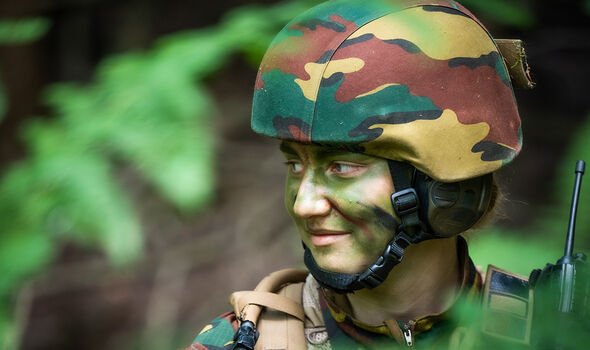 Britain’s Queen Elizabeth herself was an active member of the British Army during the latter part of World War II.

In February 1945, she was made as an honorary second subaltern in the Auxiliary Territorial Service.

She trained as a driver and mechanic and was given the rank of honorary junior commander five months later.

Like Britain’s Queen, Princess Elizabeth’s path to being crowned was not always certain, and she is only heir apparent through constitutional changes. 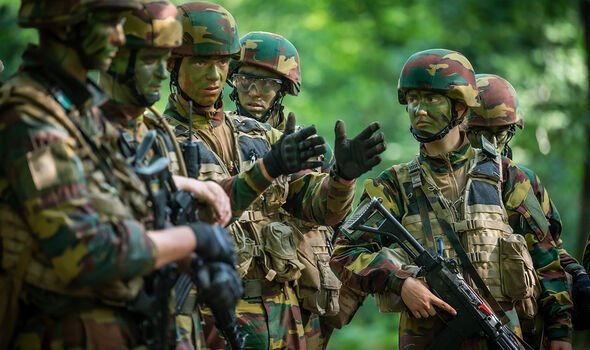 Her grandfather, King Albert, was crowned after his elder brother, King Baudouin, who died without an heir.

In 1991, ten years before her birth, Belgium changed its constitutional law so that an older daughter would not be usurped by a younger brother – meaning she will become Queen instead of her younger brother Gabriel.

According to the palace, Princess Elizabeth likes to spend time with her siblings, including younger brother Emmanuel and little sister Eleonore.

She is described as being sporty – loving the outdoors – and takes part in skiing, tennis and sailing in her free time.

The future Queen already spends a great deal of her time volunteering in support of various causes, and during the coronavirus pandemic held conversations over the phone with elderly people isolated in care homes.