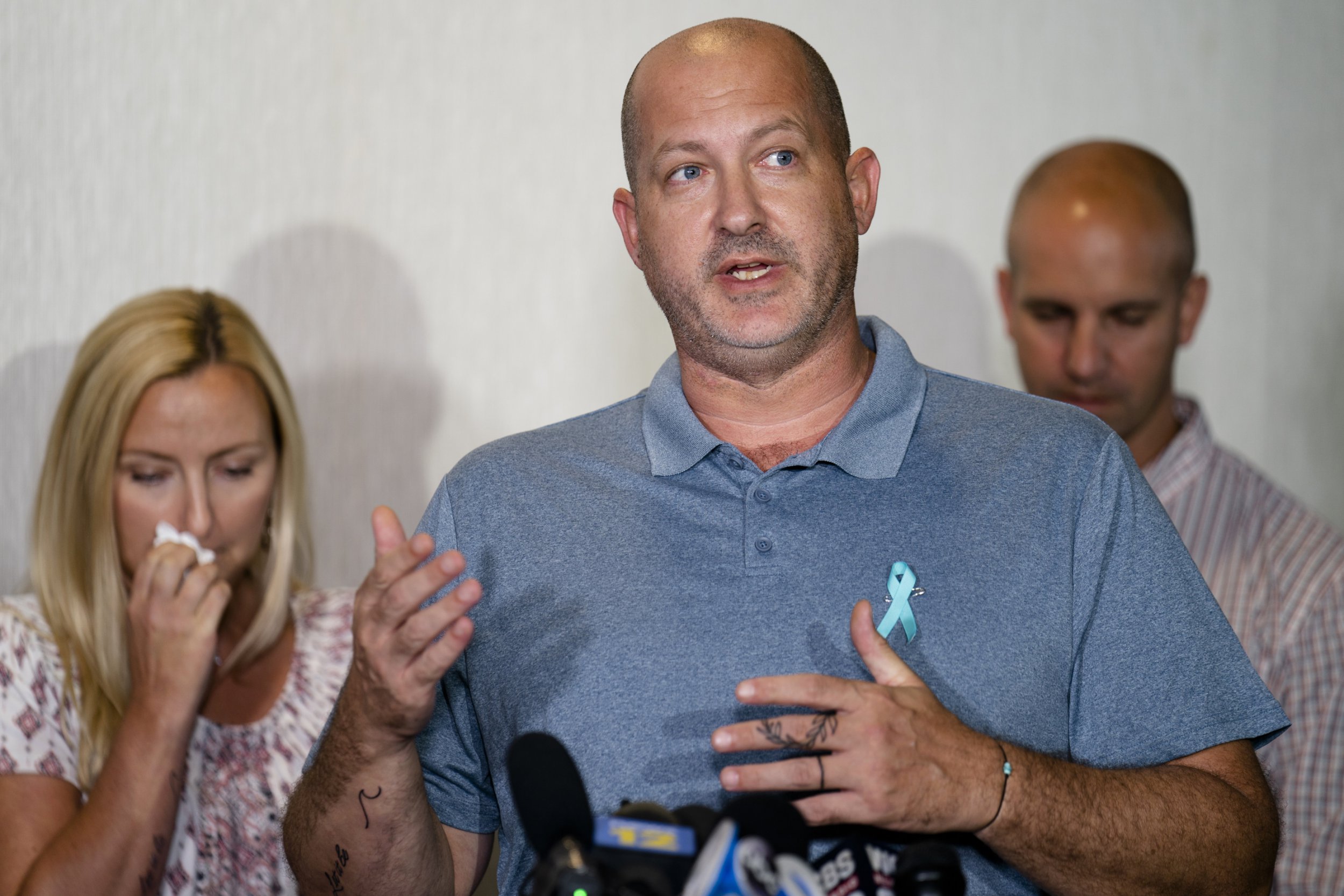 The parents of Gabby Petito were awarded $3million in a wrongful death suit against the estate of her killer, Brian Laundrie.

The judge ordered Laundrie’s estate to pay out $3million for her death. Before the settlement, Schmidt and Gabby’s father Joseph Petito were prepared to go to trial in December.

‘The Petito family lost their daughter, and they were also denied the opportunity to confront her killer,’ plaintiff’s attorney Patrick Reilly stated. ‘No amount of money is sufficient to compensate the Petito family for the loss.’

Reilly also stated that the family does not believe Laundrie had $3million, calling the sum ‘arbitrary.’

‘Joseph Petito and Nichole Schmidt wish to turn their personal tragedy into a positive. It is their hope that Gabby’s foundation will bring these important issues into the forefront of the public eye,’ Reilly said.

All of the funds they do receive will go to the Gabby Petito Foundation, which is dedicated to locating missing persons and assisting victims of domestic violence.

Petito’s parents are suing Laundrie’s parents, Christopher and Roberta Laundrie, for allegedly concealing knowledge about the case from investigators.

The suit alleges that Brian Laundrie confessed to his parents that he had killed Petito, and they ‘acted with malice or great indifference’ by concealing this from police.

The lawsuit also claims that Laundrie’s parents were ‘making arrangements for him to leave the country,’ but does not present any evidence to back up the claim.

Laundrie’s parents have denied any wrongdoing. ‘The Laundries had no obligation to speak to law enforcement or any third party including the Petito family,’ attorney Steven Bertolino stated.

Laundrie returned to his parents’ home on September 1, 2021, from a cross-country road trip without Petito, his fiancée.

His body was eventually recovered in a Florida swamp on September 19. An autopsy determined that he shot himself after fleeing days earlier.

Charges for wasting water put back for yet another year