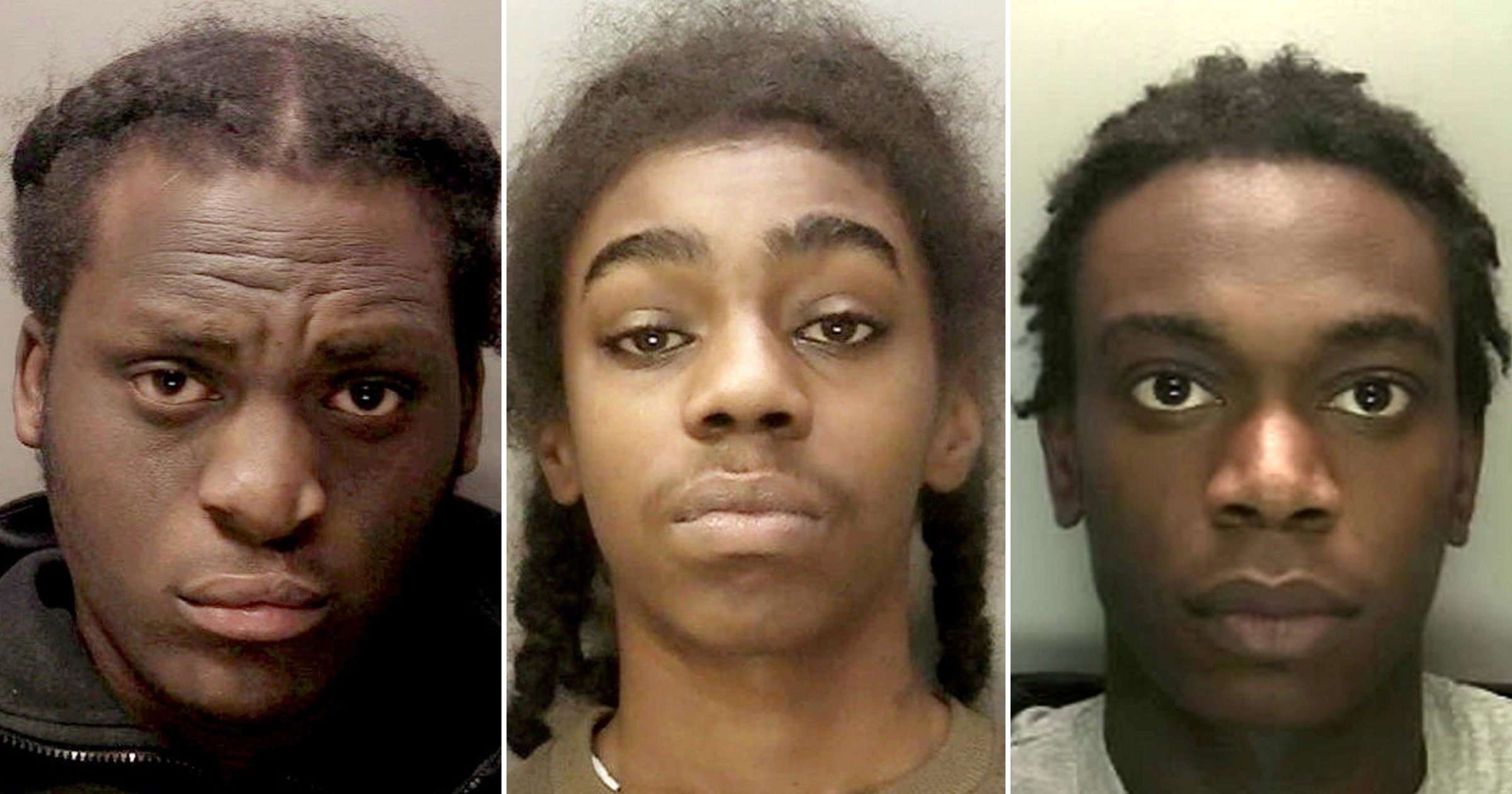 A gang caught on CCTV running away after shooting a 13-year-old boy have been jailed for life.

Zidann Edwards and Diago Anderson, both 20, and 17-year-old Tafique Thomas gunned down the schoolboy with a homemade gun after he ‘strayed onto their turf’ in Birmingham.

The victim and his friends were on their way to get food when he was attacked in an underpass at Hockley Circus on November 18 last year.

The court heard the boy was left paraplegic as a result of one of the pellets passing through his spinal cord.

All three defendants were convicted of attempted murder at Birmingham Crown Court in August and were jailed for life on Friday.

The court heard the teen was shot because he crossed into the territory of a notorious gang called Armed Response.

Following the chilling attack, Edwards even made a drill rap music video expressing his regret that he had failed to kill the young boy.

The victim managed to call 999 despite his injuries to tell the ambulance service he had been shot.

Firearms officers provided life-saving first aid before paramedics arrived and the youngster was rushed to hospital.

CCTV revealed a stolen Nissan screeching up alongside the teenage victim before Edwards, Anderson and Thomas got out of the car.

The boy and his friends were then chased into the underpass before the lad was blasted in the back with a homemade gun, known as a slam gun.

Footage released by police showed the trio running from the scene and driving off.

The car was later recovered and forensically linked to the suspects.

Officers arrested them and recovered more evidence, including the clothing they wore on the day of the shooting along with several phones.

Police also found a handgun and a slam gun from an address linked to Thomas and further examination helped prove this was the weapon used in the attack.

Thomas, who can now be identified after reporting restrictions were lifted, was also found guilty of possession of a firearm with intent to endanger life and possession of a prohibited weapon.

Following the case, the mum of the paralysed teen said: ‘These cowards didn’t even ask my son a simple question, they just ran him down and shot my 13-year-old in his back, like he was nothing.

‘But my son is strong, strong like a lion and no weapon formed against him will ever prosper.’

Lockdown could increase stress levels due to lack of coping mechanisms, expert reveals

Here is when Winter 2022 officially starts