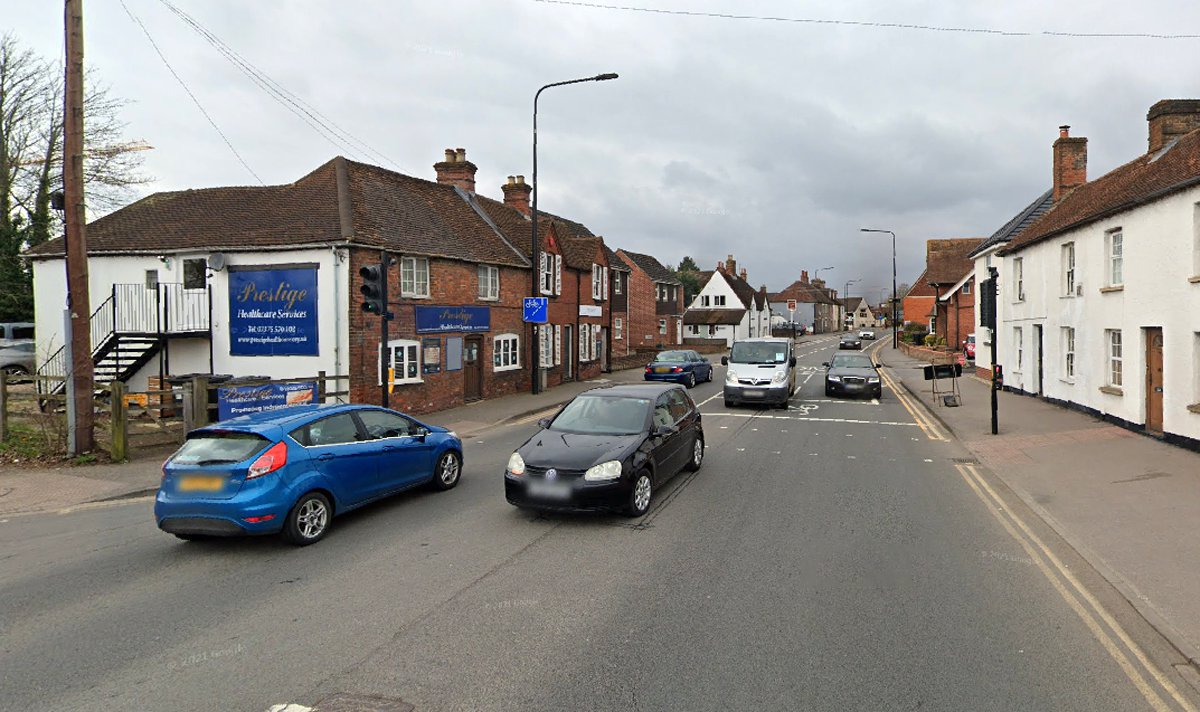 A gang of four men attempted to abduct two teenage girls by trying to lure them into their BMW.

The girls were walking in Chapel Street, a residential road, in the historic market town of Thatcham, Berkshire, last week.

On the evening of July 13 they were approached by the men who stopped their car and told them to get in.

The pair refused and fled the scene before informing the police about what had happened.

Officers have launched an investigation and are appealing for anyone who may have seen anything suspicious to get in touch.

Patrols in the area have been stepped up to reassure residents after the attempted abduction sent shockwaves through the town.

A police spokesman said: ‘On Tuesday 13 July at around 10pm a report was made to Thames Valley Police of a car approaching two girls on Chapel Street, Thatcham.

‘The investigation into this incident is still ongoing but officers are aware of this vehicle and carrying out reassurance patrols in the area.’

Parents have been urged to reinforce the ‘stranger danger rules’ with their children which include urging them to never get into a stranger’s car and to yell, kick, scream, lie or run away if they feel they are in danger.

Blood from coronavirus survivors to be trialled as potential new treatment