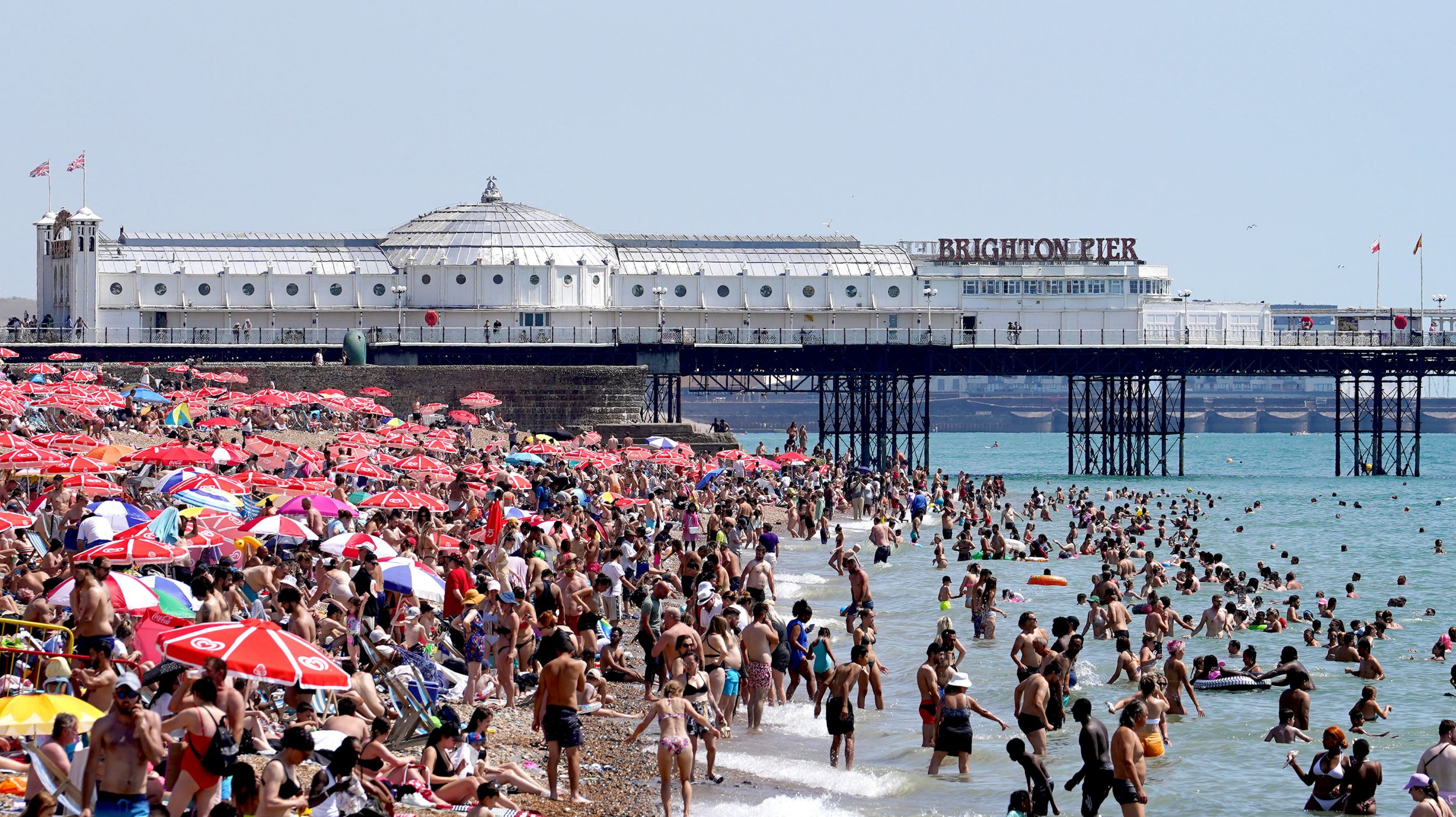 Multiple women have reported being sexually assaulted by a group of men on Brighton beach in the space of a few hours.

The attacks, which included girls being followed and touched in the water, were reported to police at around 6pm on Tuesday – the hottest day ever recorded in the UK.

When officers arrived at the beach they were told multiple incidents involving the same group had been reported to lifeguards.

The assaults are understood to have all happened on the stretch of beach between Brighton Pier and a lifeguard hut to the east between 1pm to 5.30pm.

A 32-year-old man from Hayes, London, has been arrested and released on bail following the reports.

Now, police appealing for witnesses to come forward and help the investigation.

Investigator Mark Taylor said: ‘These are concerning reports and we are urging anyone who was a victim to sexual, inappropriate or offensive behaviour on Brighton beach that day to come forward so we can establish the full circumstances of what happened.

‘The area was very busy at that time and so we believe a number of people will have witnessed this behaviour.

‘If you have any information at all, no matter how small, please get in touch with us.

‘We take reports of sexual assaults incredibly seriously and encourage people to report any incidents to us at the soonest possible opportunity, so we can identify any offenders but also support and safeguard any victims.’

How many people were dying while the Government ‘broke its own lockdown rules’?