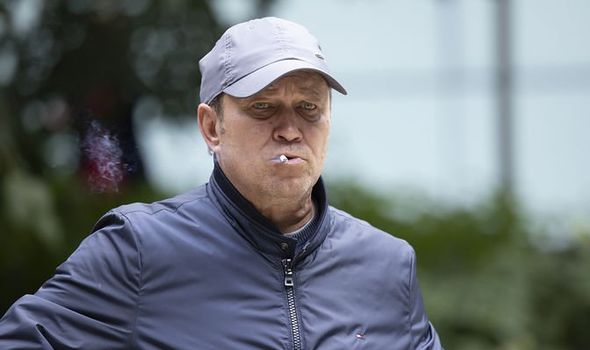 They would be quietly stolen in the early hours of the morning with owners not realising they had been taken until hours later.

A total of 25 cars were allegedly sold on with cloned plates or dismantled for scrap between 12 May and 18 July, 2017.

Prosecutor Dickon Reid said: “This case concerns a group of six Lithuanian men whom the prosecution say were involved firstly in vehicle theft and secondly what is known as ringing on a large scale.

“It was at the garages that the stolen high-value motor vehicles were broken up for parts or were given new identities to be sold on.”

Jurors heard Marcinosis owned one of the garages in Dagenham, east London, and Gureckis owned the other which was next door.

Vaitkus and Indilas allegedly worked at the garages helping strip them for scrap or preparing them for onward sale.

Mr Reid said: “Mr Lapinkas was highly involved in the theft of the vehicles. More often than not they were stolen without a key although on occasion the thieves broke into residential addresses and stole the car key itself.”

It was said Lapinkas, along with others who have not been identified, stole 12 cars. Some of these were stolen by taking a blank fob and connecting it to the car’s central computer to program it as a new key, it was said.

The prosecutor added: “It’s a process that takes little time.

“One piece of footage we will play from a home CCTV security system shows an expensive vehicle being stolen and it shows how it is that access is gained to this car and it really is a matter of minutes before this key is programmed and the vehicle is stolen.”

Jurors watched footage from a home security camera of a man approaching an Audi S4 on a driveway in Highbury, north London.

The prosecutor said the man used a device that linked into the keyless fob in the owner’s home, allowing the vehicle to be opened.

Mr Reid said the man can be seen checking the coast is clear before re-entering the car and programming a new key, which takes around ten minutes.

He then exits the car and another man appears to drive the car away, the court heard.

Lapinkas can allegedly be seen to drive up in his own car before his and the stolen car leave in convoy to Dagenham.

The court heard Seputis was Lapinkas’ neighbour and swapped his 2006 Land Rover Discovery for a 2013 model, which had been stolen the day before.

It was said the original plates were put on the newer model and the Vehicle Identification Number chiselled off and replaced.

The men were finally arrested in July 2017 after a police sting that saw covert cameras monitor the activity at the garages, it was said.