Drone users can be jailed for up to five years and fined a maximum of £2,500 if they fly the remote-controlled devices above 400 feet and within one kilometre of airport boundaries, under new laws which came into effect in July.

Deputy Chief Constable Serena Kennedy, the National Police Chiefs’ Council lead for criminal misuse of drones, said: “Before anyone uses a drone it is vital that they make themselves aware of their responsibilities and the rules to make sure these devices are operated in a safe and responsible way. “Do not take this lightly, if you break any of these and act irresponsibly you could face criminal charges.

“Police officers will use all available powers to investigate reports of drones being misused and seek the appropriate penalty,” she added.

Drone sightings at Gatwick caused around 1,000 flights to be cancelled or diverted across three days last week, disrupting the Christmas travel plans of an estimated 140,000 people.

Home office minister, Ben Wallace, announced on Christmas Day that detection systems can now be deployed throughout the UK to combat the threat drones pose.

Mr Wallace echoed the warning from police, saying: “Those people who chose to use drones either recklessly or for criminal purposes can expect the most severe sentence and jail time when caught.”

Reported drones near aircraft increased by a third to 120 in the year to 4 December, according to figures from the Civil Aviation Authority (CAA).

In 2014, there were just six reported incidents.

Anyone who owns a drone weighing at least 250 grams will need to register with the CAA and take an online safety test from 30 November next year. 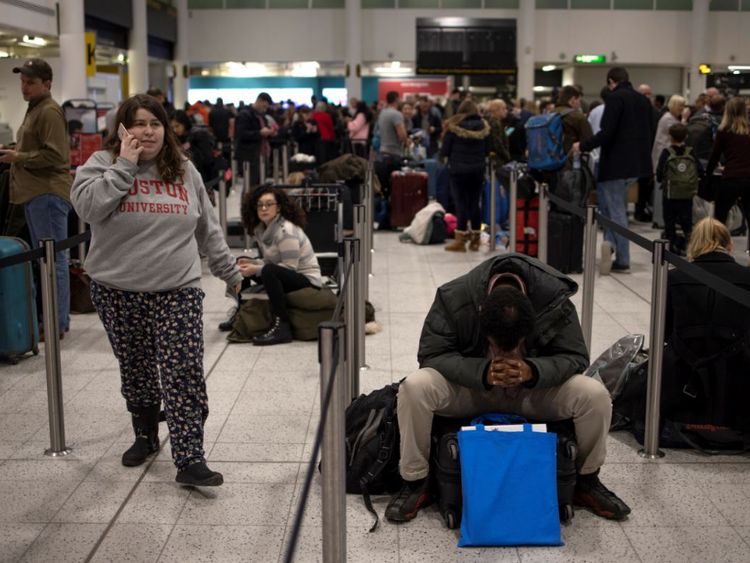 The Drone Code, the CAA’s new code of conduct, states that the gadgets must not be flown above 400 feet or within 150 feet of people or property.

Drones must also be kept at least 500 feet away from crowds and built-up areas, and must not fly over those locations at any height.

Ministers consulted on a series of other measures to crackdown on drone misuse over the summer, including giving police the power to issue on-the-spot fines of up to £300 and the ability to seize drones being used irresponsibly.

Does no deal Brexit mean violence in Northern Ireland? Boris given shocking warning