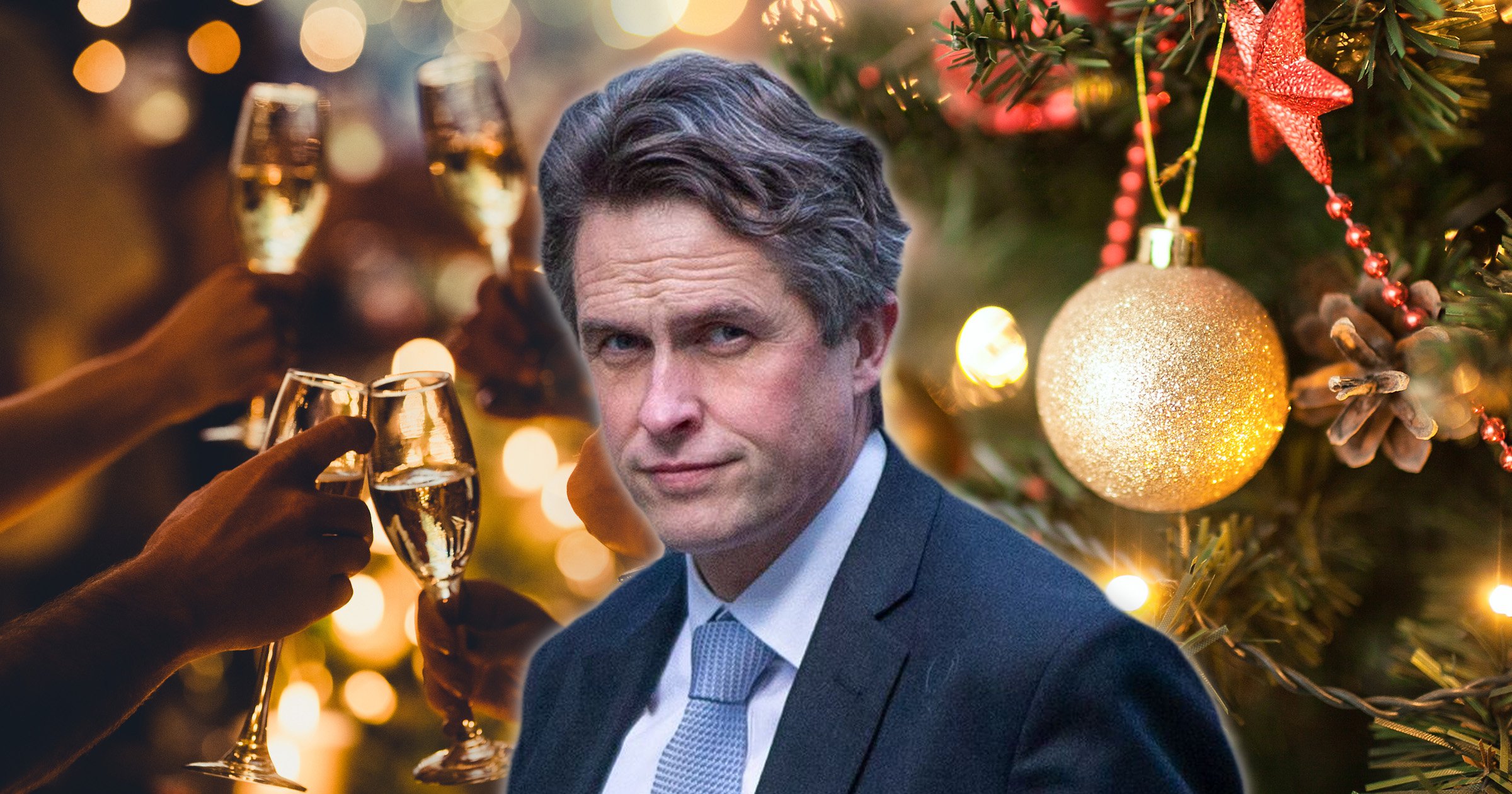 Former Education Secretary Gavin Williamson threw a party for officials and ministers in the department’s café last December in breach of coronavirus restrictions, it has been reported.

While millions in London were banned from mixing indoors under tier two rules, Mr Williamson’s staff got together on December 10 for ‘drinks and canapés’, according to the Daily Mirror.

One source told the newspaper: ‘There were lots of people gathered in the cafe area, mingling and drinking wine. It was just so reckless.’

A week earlier, Mr Williamson advised that people should take the ‘responsible approach’ by following social distancing and self-isolation rules.

The Department for Education (DfE) admitted it held a social gathering of staff last December in contravention to coronavirus social distancing rules, adding in a statement that ‘it would have been better not to have gathered in this way at that particular time’.

A spokeswoman for the department said: ‘On December 10, 2020, a gathering of colleagues who were already present at the office – and who had worked together throughout the pandemic, as they couldn’t work from home – took place in the DfE office building in London at a time when the city was subject to tier two restrictions.

‘The gathering was used to thank those staff for their efforts during the pandemic.

‘Drinks and snacks were brought by those attending and no outside guests or supporting staff were invited or present.

‘While this was work-related, looking back we accept it would have been better not to have gathered in this way at that particular time.’

The Metropolitan Police confirmed officers are reviewing the leaked video in relation to ‘alleged breaches’ of coronavirus regulations.

In response to ITV’s report, a Downing Street spokesman said: ‘There was no Christmas party. Covid rules have been followed at all times.’

Ministers are yet to explain how the alleged bash complied with the rules in place at the time, despite coming under pressure since an initial report in the Daily Mirror.

The newspaper said two events took place in No 10 in the run-up to the festive season last year, including Mr Johnson giving a speech at a leaving do during November’s lockdown.

The other was said to be a staff party in December where party games were played, food and drinks were served, and revelries went on past midnight.

At the time, the Tier 3 rules explicitly banned work Christmas lunches and parties where it is ‘a primarily social activity and is not otherwise permitted’.

Labour leader Sir Keir Starmer said the leaked video showed that ‘the Government broke the rules, they partied and now they are laughing about it’.

He told ITV News: ‘Unfortunately we have a Prime Minister who is socially distanced from the truth.

‘I think he has not been straight about this at all. It is increasingly obvious that there was a party – today’s evidence only adds to that.

‘Instead of accepting that and being honest about it, the Prime Minister is pretending there weren’t breaches of any of the rules.’

Meghan Markle birthday: The huge hint Duchess will do THIS on her birthday