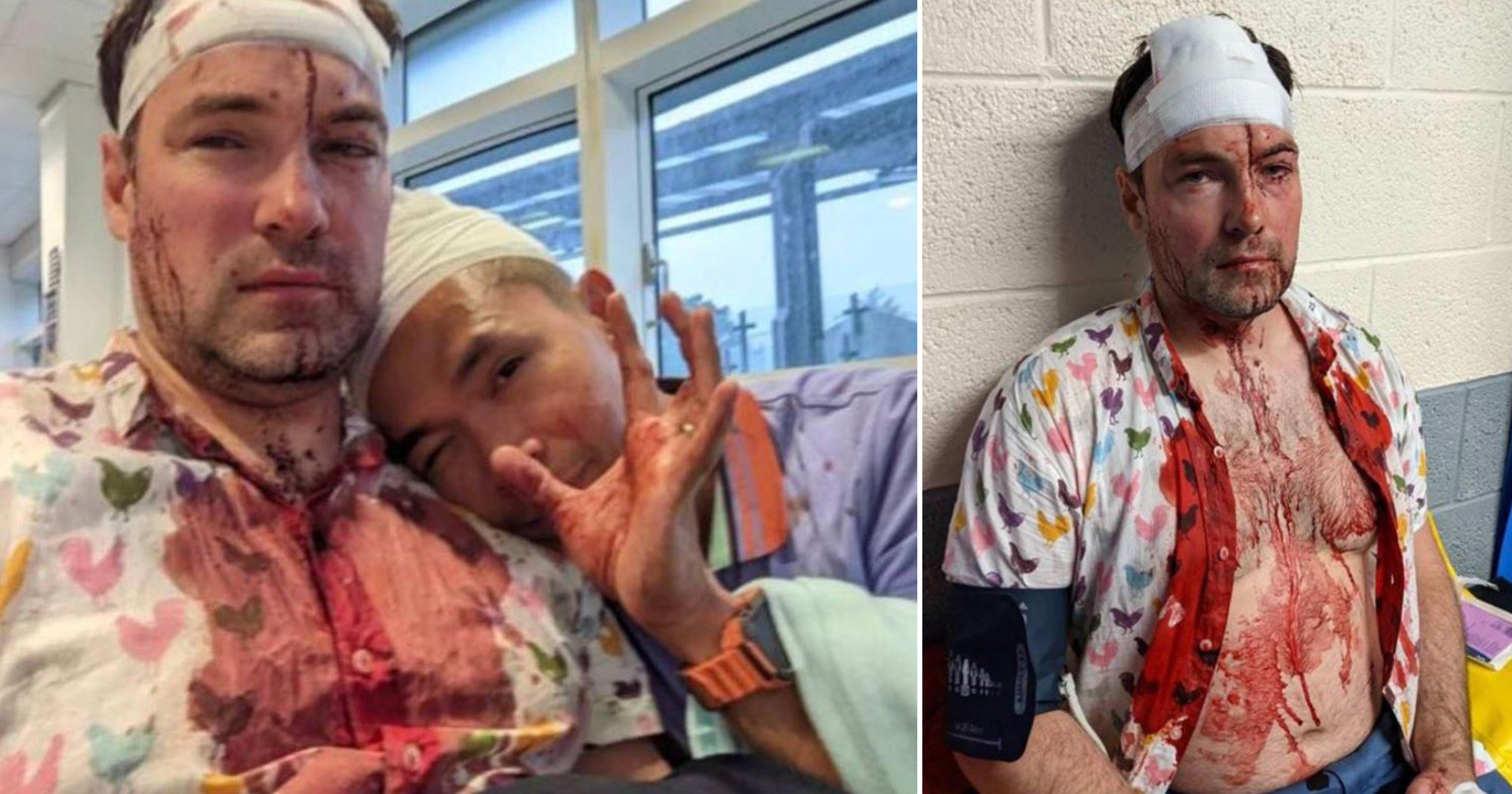 Two men were left covered in blood after being hit with bottles during an ‘absolutely appalling’ homophobic attack in Birmingham.

Rob and Patrick, both in their 30s, had not long left the Missing Bar in the city’s Gay Village when they were targeted shortly after 4am on Sunday.

Four men in a black SUV began hurling homophobic slurs at the couple before one of them snatched Patrick’s phone as he tried to film the abuse.

One of their female friends was dragged along Bromsgrove Street by the vehicle when she tried to get it back. The men then got out of the SUV at a red light and started hitting them with bottles.

Patrick was knocked out during the attack, with Rob telling the BBC the Gay Village ‘should be a safe area to be who you want’, adding that it was ‘shocking that this would happen in 2021’.

He said he had spotted the men in the car with balloons and jokingly asked them if it was their birthday, adding: ‘They did not like that and went into all sort of foul language, including homophobic slurs directed at us.’

West Midlands Police said both men suffered cuts to their head and arms, while their friend, in her 20s, hurt her foot after being dragged by the car.

Horrific photos taken after the attack show them with bandages wrapped around their heads and blood on their faces and shirts.

Detectives are collecting CCTV footage to try and identify the attackers, who were described as being of Middle Eastern or Asian appearance.

Inspector Steve Lloyd said: ‘This was an absolutely appalling attack and robbery on people just trying to enjoy a night out in the city centre.

‘They’ve suffered homophobic abuse before being physically injured, and we are working incredibly hard to find those responsible.

‘We’ll be working closely with businesses in the area, and the Southside BID, to reassure them that we are taking this appalling hate crime very seriously.’

Brexit Was Sold as Taking Back U.K. Control. Post-Brexit Is Out of Control.

Coronavirus news: UK must ‘ramp up’ use ‘army of surveillance’ like China, warns WHO