Mr Neil’s new venture is set to be launched on June 13, and promises to be a channel that will offer a different insight into the news that other traditional outlets are not currently doing. The channel has brought together a whole host of big names from the world of news, and will feature among its segments ‘Wokewatch’ and ‘Mediawatch’. The 72-year-old is often forthright in his opinions, and as the royal fallout of the Duke and Duchess of Sussex’s new interviews stunned the world, he was particularly damning in his assessment of their remarks.

Over the past couple of months the couple have been on the media offensive, starting with their landmark Oprah Winfrey interview.

This broadcast saw the husband and wife take aim at the royals, making a series of allegations regarding race and mental health at those inside the Firm.

Since then, Harry in particular has lashed out and attacked the Royal Family, including when he heavily criticised his upbringing and the parenting style of his father Prince Charles.

These revelations came during his recent appearance on Dax Shepard’s podcast Armchair Expert, and his new series alongside Oprah for Apple TV+ docuseries The Me You Can’t See. 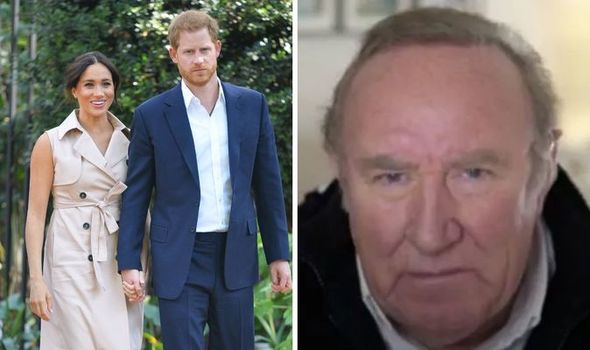 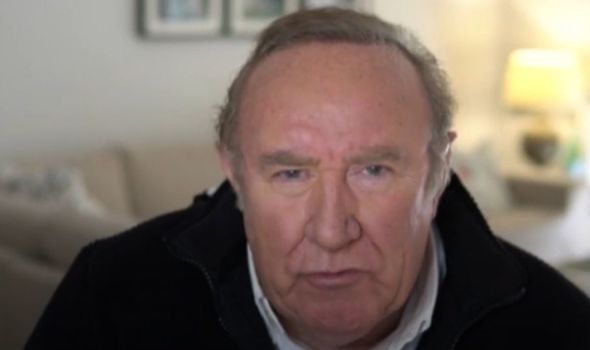 But the remarks he has made, such as not riding a bike when he was younger, have been debunked by old images and comments in interviews to demonstrate how some of the claims made may actually be incorrect.

And after the first of their interviews aired in March, with Oprah, Mr Neil warned that the couple had to get their stories in order, or face the scrutiny of having their remarks analysed.

Following its release, the Queen reportedly offered the Sussexes an olive branch, which demonstrated to Mr Neil that the Firm “doesn’t want to get into a slanging match” with Harry and Meghan.

He said: “She’s instructed her staff not to get into a slanging match with them. I’m sure they’ll do what they’re told. 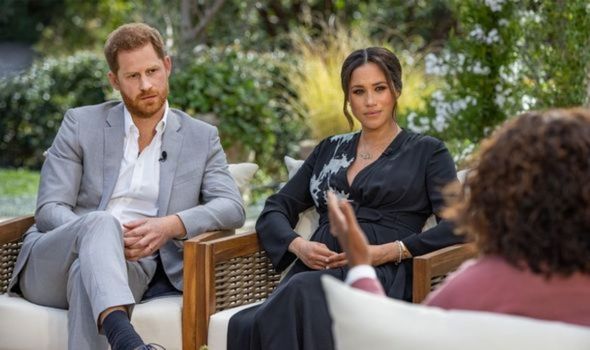 “She wants to reconcile with them behind closed doors – whether she can do that or not is up to Harry and Meghan and whether they’ll be satisfied with that or whether they’ll want another pound of flesh, whether they want to drag it through the public airwaves and prints.

“If they do want to go down that road, it’s their choice, then they’ll have to be a lot more specific than they have been to Oprah Winfrey about what actually happened.”

He remarked that they “had to get their stories straight” and that there were some “inconsistencies” in what the couple had claimed so far. 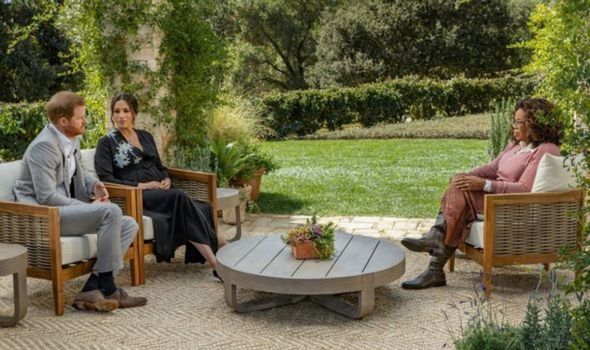 One of the biggest claims made towards the Firm was that Harry and Meghan were not given any support for their mental health while active royals.

Harry said the “shame” he felt had prevented him from telling other members of the family about Meghan’s worsening mental wellbeing, which contradicted his claim that the Firm ignored his requests.

Yet a spokesperson for the couple told BuzzFeed news earlier this month that Harry didn’t go to his family for support “due to his family’s lack of support and action” regarding other requests, such as pleas for a protection from the media. 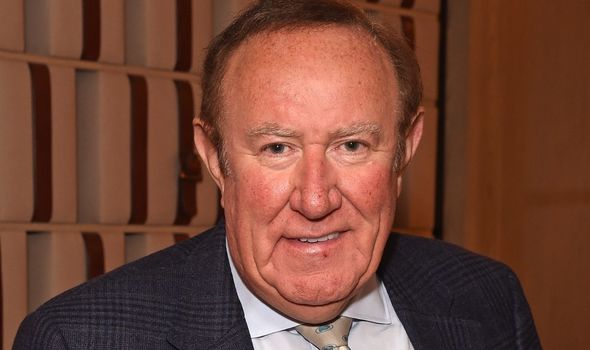 The claim on mental health was also questioned as Harry has previously spoken about how supportive his brother Prince William had been as he began struggling when rejoining the Firm after 10 years in the Armed Services.

Harry’s advocacy for mental health work did start before his relationship with Meghan.

Mr Neil’s channel is expected to become the UK’s answer to the right-wing broadcaster Fox News.