Conservative publican Adam Brooks claimed that around 50-69 percent of the pubs in Britain have shut within a year as the country continues to deal with the cost of living crisis. He urged the Government to take some immediate steps to help the small business survive.

Mr Brooks said: “You needed to speak to the people on the ground. I have seen 50-60 percent of the pubs closing within a year.

“It’s the luck of the draw, when does it end? Some people are locked in to 2024, they can be alright. Some of us are not.

“A lot of people probably are going to expire in the winter or early next year.
“We need a VAT card quick. We need things to happen now.

“Stop the business rights for a while. Take the VAT off the energy bills, the green levies, give us an emergency VAT right. Do something now.” 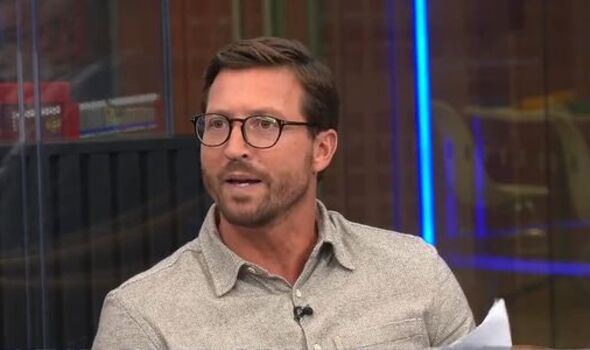 Recently, pub, restaurant and hotel chiefs warned that the industry could face mass closure this winter without “urgent” support from the Government.

In a joint letter to Boris Johnson, Chancellor Nadhim Zahawi and Business Secretary Kwasi Kwarteng, seen by The Telegraph, the UK’s leading hospitality groups said the situation was “no less of a threat” than the drought hitting Britain.

UK Hospitality called for “urgent action” to help with bills, saying the Government should not “allow the stasis of party politics to stifle the urgent delivery of action on energy”.

Journalist Amanda Platell agreed with Mr Brooks and said: “We are not just losing the odds of the businesses here and there.

“We are losing parts of the culture of Britain. The shops that have been there for 50 years can’t compete with the few big chains.”

According to The Telegraph, a recent survey showed one in four hospitality bosses are considering closing due to the steeper bills.

The sector provides 10 percent of the UK’s jobs and is responsible for five percent of GDP.

In May, the UK Government announced support worth £15 billion targeted at the most vulnerable people.

DON’T MISS:
Meghan Markle ‘unlikely’ to lose her title of ‘Princess’
Russian nationals in Latvia to be stripped of residence permits
Ukrainian special forces behind attack in Crimea

In June the Welsh Government announced an extra £4million to help 120,000 people on prepayment meters who are in fuel poverty.

London bloodbath: Man, 48, stabbed to death in Haringey -one arrest on suspicion of murder