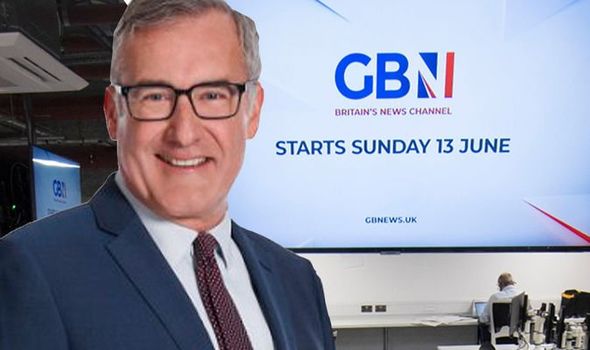 The increasingly pernicious nature of the woke culture attacking traditional British values, like freedom of speech, led him to abandon his previous role at Sky. This wasn’t something Mr Brazier, an experienced award-winning journalist, did lightly.

He lost his wife Jo to breast cancer in 2018 and he is now raising their six children alone and the family friendly hours of his previous role were welcome.

However, he found he couldn’t carry on ignoring the distortion of the news agenda of broadcasters like the BBC, and yes, Sky, amongst others so he left.

“I just became increasingly angry and concerned at the more and more ‘woke’ corporations in our public life, particularly those centred around news,” he said.

“There is no scepticism in some parts of our British institutions and no diversity of opinions. Only the liberal voice is heard.

“Sometimes the only people making a stand against the nonsense forced on us are small private businesses and people derided as ‘white van man’.

“There needs to be more diversity of opinion. As an example, just look at the BBC’s latest announcement that they’re looking for people with different accents.

“What’s the point of different accents if these journalists, researchers, producers and managers don’t also have different opinions?”

One of the new “group-think” topics Mr Brazier plans on addressing, is the Americanisation of British culture, such as the Black Lives Matter movement.

“I don’t like this importation wholesale of US values and political opinions. We’re not the 51st state,” he said.

“The culture war topics over there are coming over here thick and fast but we’re not America and we need a stronger strand of scepticism about these imports.

“I’m not being anti-American, I’m pro-American, but to culturally impose those values on the UK is dangerous.”

Although he did not know it at the time of his exclusive interview with the Daily Express, the student behind the controversial vote to remove the Queen’s portrait from the Oxford University’s Magdalen College Middle Common Room is American.

“That behaviour is probably what we all expect from a bunch of daft students,” Mr Brazier said.

“At least it was a democratic vote, there was free expression and we expect young people to rebel.

“They’re probably going to replace Her Majesty with a picture of the revolutionary Che Guevara or the Chinese communist Mao Tse Tung.

“What they did was far less egregious than what happened at King’s College London apologising for ‘harm’ caused after an email was sent out with a photo of Prince Philip on it.

“That was done, not by a bunch of daft students, but by people you’d describe as the grown ups in the room.

“There’s a colossal ingratitude towards our British heritage, and this runs through organisations like the Church of England and the National Trust, and many of our major public institutions.

“I want GB News to speak with the voice of the ordinary person in Britain.

“Sometimes it seems other broadcasters have replaced their sceptical detachment with unashamed activism, always liberally biased.

“Newspapers like the Daily Express do a great job. The newspaper is a fantastic way of triaging information easily and appealingly.

“The Express is a great example of double-page spreads and page leads of factual information and plays a significant role in comparison to the Wild West of online news.”

Some media squeeze out stories which don’t suit their news agenda, according to Mr Brazier, who spoke to the Daily Express just minutes after a dress rehearsal for Sunday’s launch.

“They obsess about stories which only a small percentage of like-minded people are interested in, not the broad population,” he said.

“These language guides for staff, for example, I have a bee in my bonnet about them.

“How do they know? Have they asked the staff? Not the bureaucrats and the managers, but the cleaners and the security guards.

“There’s a huge democratic deficit there which needs addressing.”

Mr Brazier, 53, says widowhood has put a ‘fire in my belly’.

His unashamed belief in God and his Roman Catholic faith has sustained him since Jo’s death.

“Widowhood has given me less tolerance towards the dilettante,” he said.

“It’s given me a different perspective on life and a fire in my belly to say what I think.

“I think there’s a genuine heartfelt excitement out there about what we may be able to achieve.

“I think the wisdom of crowds is consistently under-rated by most media, and there’s a religious illiteracy from an aggressively secular media.

“We want to re-address the balance. I know GB News is a tiddler in a sea of Leviathans, but I want people to judge us in six months not six days.”

Royal Family’s ‘desire to return to normal’ after disastrous 2020