Home » Europe » General election: Why Bolsover is an electoral battleground

In his 78th year, Bill Kimberley no doubt speaks for many in Bolsover.

Forty years a coal miner and a lifelong Labour man, he has had enough of not just Labour, but all politicians.

Mr Kimberley is furious that the Brexit they voted for overwhelmingly in this area of northeast Derbyshire has not happened. 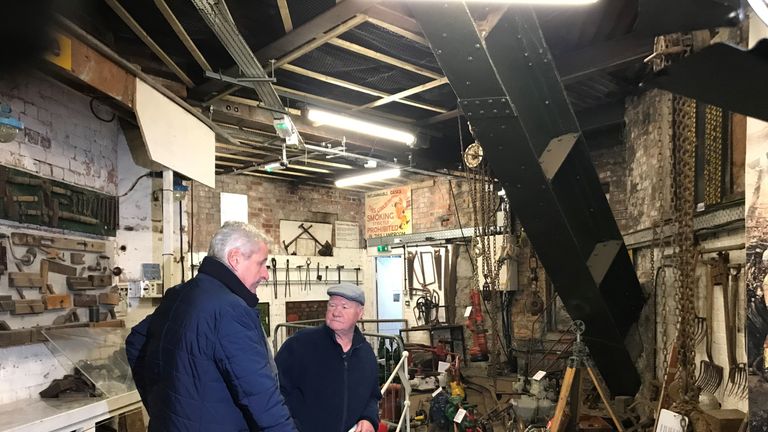 “I don’t like the election because they didn’t do what we told them, what we asked them. We asked them to come out of Europe, but have they?”

He added: “I’m not bothered about voting, they just don’t take any notice.”

It sums up the frustration driving a fascinating election here. Many who feel the same as Mr Kimberley may well decide to vote for the Brexit Party.

In this staunch Labour seat held by Dennis Skinner for time immemorial, there is quite some fight going on. 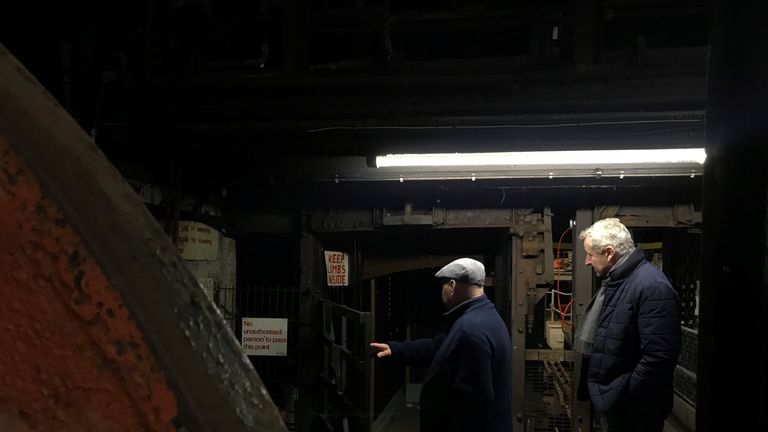 The Conservatives believe that Bolsover is a winnable seat, but Labour MP Dennis Skinner, a former miner, has represented the seat since 1970.

The Derbyshire town is now a key Brexit battleground between the Conservatives and Labour. In 2017, almost double the number of people voted Conservative here than in 2015.

Bolsover is one of the least educated, less ethnically diverse and most leave-voting constituencies in the UK.

It voted 70.4% to leave the EU and is the 45th least-educated constituency in the UK, with graduates making up 16.3% of the adult population.

Around 1.9% of people are from ethnic minorities and it is older than average, with 42.1% of adults aged under 45.

Bolsover is also slightly more deprived than average, ranking 250 out of 650 in the Sky Deprivation Index.

It has been slightly worse affected by the financial crisis than most constituencies, with earnings down 7.3 points since 2010. Approximately 75,000 people are eligible to vote here.

Sky News election analysts Professor Michael Thrasher and Professor Will Jennings have selected six demographic measures to profile constituencies at this election. These measures have been chosen for their strong relationship with party support and give a good indication of the potential appeal of parties in each seat. Brexit: This shows the % which voted leave.

Age: Labour and the Lib Dems vote share tends to be higher in younger areas, with the Conservatives making gains in seats where the electorate is older.

Education: Since 2005, the Conservatives have done worse in graduate areas, and Labour has made progress.

Ethnic minorities: Labour tends to do better in seats with a higher proportion of ethnic minority communities. The Conservatives tend to do worse.

Earnings: This shows the percentage change in average earnings between 2010 and 2018, adjusted for inflation. In 2017, the Conservative vote showed slight increases in constituencies where earnings had increased. Labour tended to improve where earnings have declined.

Deprivation: Our Sky Deprivation index ranks the social and economic health of particular areas, using data on employment, qualifications, poor health and occupancy. The higher the number the more deprived the constituency, with Labour and the SNP outperforming these areas. The Conservative and the Lib Dems vote share is higher in places that are less deprived.

The Brexit Election on Sky News – the fastest results and in-depth analysis on mobile, TV and radio.

For Italy’s Masked Rap Diva, an Era of Face Coverings Poses a Dilemma