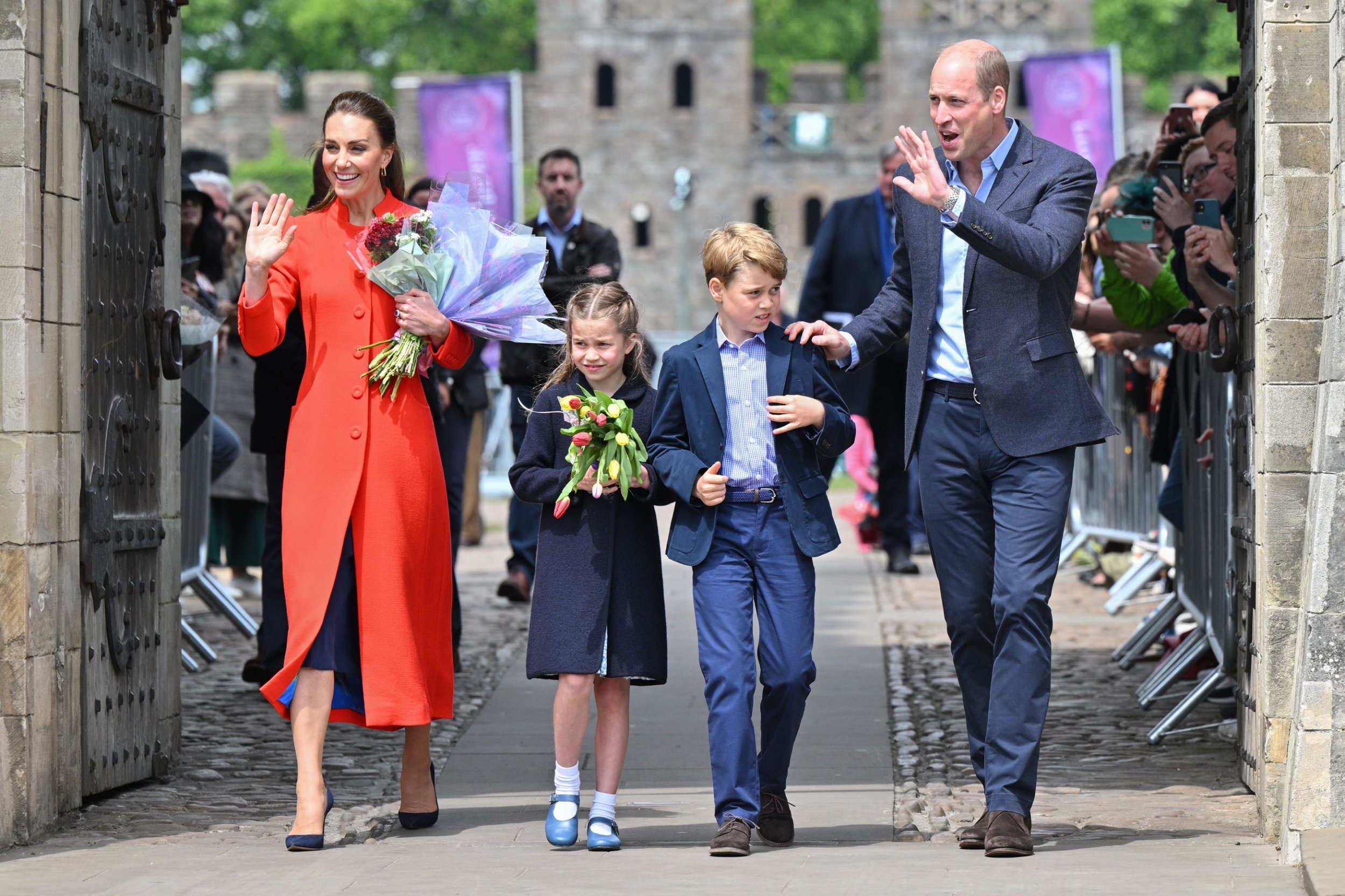 William and Kate’s eldest two children joined them on an official engagement in Cardiff today where they met entertainers ahead of a Jubilee concert.

Prince George and Princess Charlotte watched rehearsals at Cardiff Castle and got to look around.

There was no sign of Prince Louis, however, who stole the show at Thursday’s Trooping the Colour ceremony when he pulled funny faces on the Buckingham Palace balcony.

The family arrived ahead of the Platinum Jubilee Celebration Concert taking place in the Welsh castle grounds this afternoon.

It will be part of the third day of celebrations of the Queen’s Platinum Jubilee, marking 70 years on the throne.

There will be another concert in London called Platinum Party at the Palace this evening, where 22,000 will watch live in front of Buckingham Palace and millions more will tune in on TV.

William and Kate and their children were set to meet stars including Welsh singer Bonnie Tyler, who was made an MBE in the Queen’s Birthday Honours for her services to music last week.

The royals will also meet weatherman Owain Wyn Evans who is known for his role on the nightly news programme North West Tonight and The One Show.

The Cambridges and their children will then be introduced to a number of West End performers, Rubicon Dance Company and the Wales Youth Choir for Good.

Today is also Harry and Meghan’s daughter Lilibet’s first birthday, which she will be spending in the UK for her first visit.

It seems that the Cambridges will be missing any party going on this afternoon, although any plans have been kept hush hush.

Prince William will need to dash back from Cardiff in time for the Buckingham Palace concert, as he will be giving a tribute to his grandmother the Queen.

His father Prince Charles, the heir to the throne, will also give a tribute to his mother.

Sheep farmer to wear bodycam after ‘invasion’ from trespassers