Home » Europe » Geronimo the alpaca executed after being sentenced to death 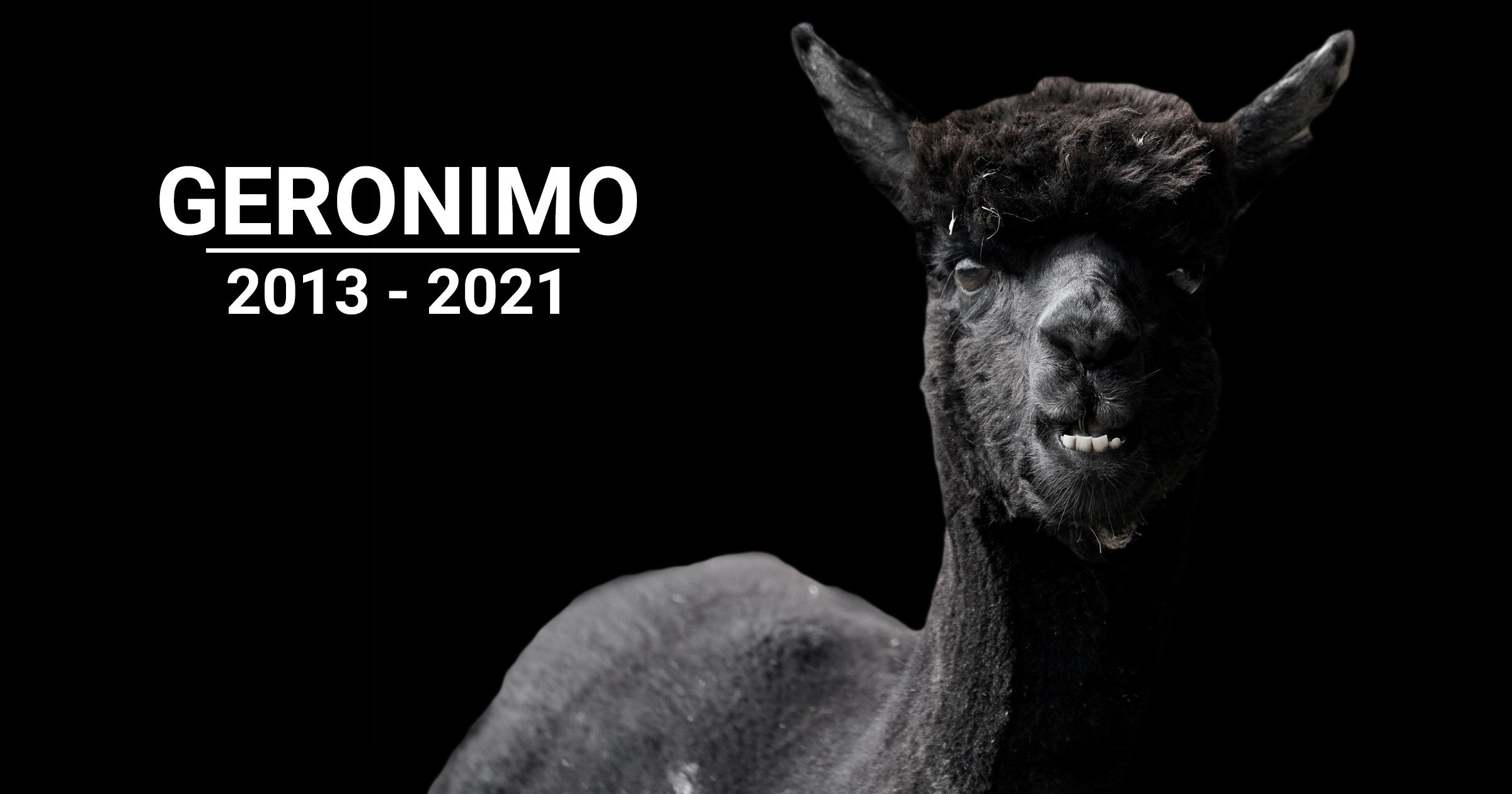 Geronimo the alpaca has been killed after being condemned to death by the Government.

Animal rights activists fought until the very end to save the doomed animal, clashing with police as officers tied a rope around his neck and led him away on Tuesday morning.

Other alpacas watched from a nearby field as he was loaded into a trailer and driven away.

His untimely death came after he tested positive for bovine tuberculosis twice – but more than 140,000 supporters have signed a petition insisting they are false positives.

The Department for Environment, Food and Rural Affairs refused to have him tested a third time.

Owner Helen Macdonald – who previously vowed to ‘stand in the way of any gunman’ – has been left devastated by his slaughter.

She fought for years to save her beloved pet, but lost her final appeal to save Geronimo at the High Court in London in early August.

In a previous interview, she insisted Geronimo would be ‘dead by now’ if he genuinely had the disease.

The alpaca farmer said: ‘All I am asking is for Geronimo to be given a valid test. If it comes back positive then I would not stand in their way.

‘In fact, if he was given a valid test which proved he actually had the disease then I would kill him myself.

‘Geronimo has never tested positive for bTB. He had anti-bodies after taking the vaccine tuberculin which is exactly what you would expect to happen.’

50 suspected migrants, including five children, picked up off Kent coast