Liz Truss has been appointed Foreign Secretary as Boris Johnson dramatically reshaped his top team to hand Michael Gove key roles while Dominic Raab was demoted and Gavin Williamson sacked. It was claimed Ms Truss is the first woman to hold the Secretary of State role but Labour MP Margaret Beckett held the title from 2006 to 2007 in Tony Blair’s government. But BBC newsreader Chris Aldridge said: “Liz Truss became the first female Foreign Secretary after Dominic Raab was demoted to Justice Secretary.”

Garvin Irvine said: “Why is Radio 4 Today still reporting that Liz Truss is the first female foreign secretary? Have you forgotten about Margaret Beckett?”

Tony Croft added: “Surely the BBC know that Margaret Beckett was Foreign Secretary between 2006 and 2007.

“Therefore Liz Truss is not the first female Foreign Secretary as they keep reporting.”

Alun Edwards wrote: “Liz Truss is not the first female Foreign Secretary. Margaret Beckett was. Come on Radio 4 Today get it right!”

Two of the great offices of state are now held by women after Ms Truss was promoted during Wednesday’s reshuffle and Priti Patel kept her role of Home Secretary despite speculation she would be sacked.

Mr Williamson’s ousting after extensive criticism over his handling of the coronavirus crisis in schools paved the way for Nadhim Zahawi to be promoted to Education Secretary from his role as vaccines minister.

Boris has come out 'guns blazing' with reshuffle says expert

Not only did Mr Gove succeed Mr Jenrick as Housing Secretary but the Prime Minister entrusted him with a further key position in the post-coronavirus agenda by handing him responsibility for “levelling up” while maintaining his role trying to ward off Scottish independence.

Oliver Dowden moves from culture secretary to replace Ms Milling as co-chairman of the Tory Party, as well as holding the title Minister without Portfolio.

Nadine Dorries, a best-selling author and former star of I’m a Celebrity… Get Me Out of Here, becomes Culture Secretary in what critics perceived as a move by Mr Johnson to ramp up the so-called “culture war”.

Anne-Marie Trevelyan was promoted to replace Ms Truss as International Trade Secretary and Steve Barclay succeeded Mr Gove as Chancellor of the Duchy of Lancaster and minister for the Cabinet Office.

In a tweet following the reshuffle, the Prime Minister said: “The Cabinet I have appointed today will work tirelessly to unite and level up the whole country.”

Mr Raab’s demotion comes after he was heavily criticised for being on holiday as the Taliban swept across Afghanistan.

The title Deputy Prime Minister formalises a role he performed as first secretary of state when he stood in for Mr Johnson while the Prime Minister was in hospital with coronavirus.

Tipperary 'love rival' trial: Diviner had claimed to know where to find body 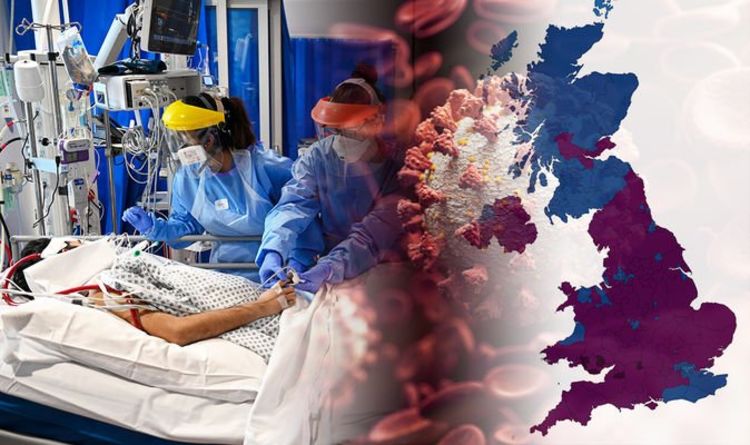 Covid cases MAPPED as infections SOAR – how does your area compare?