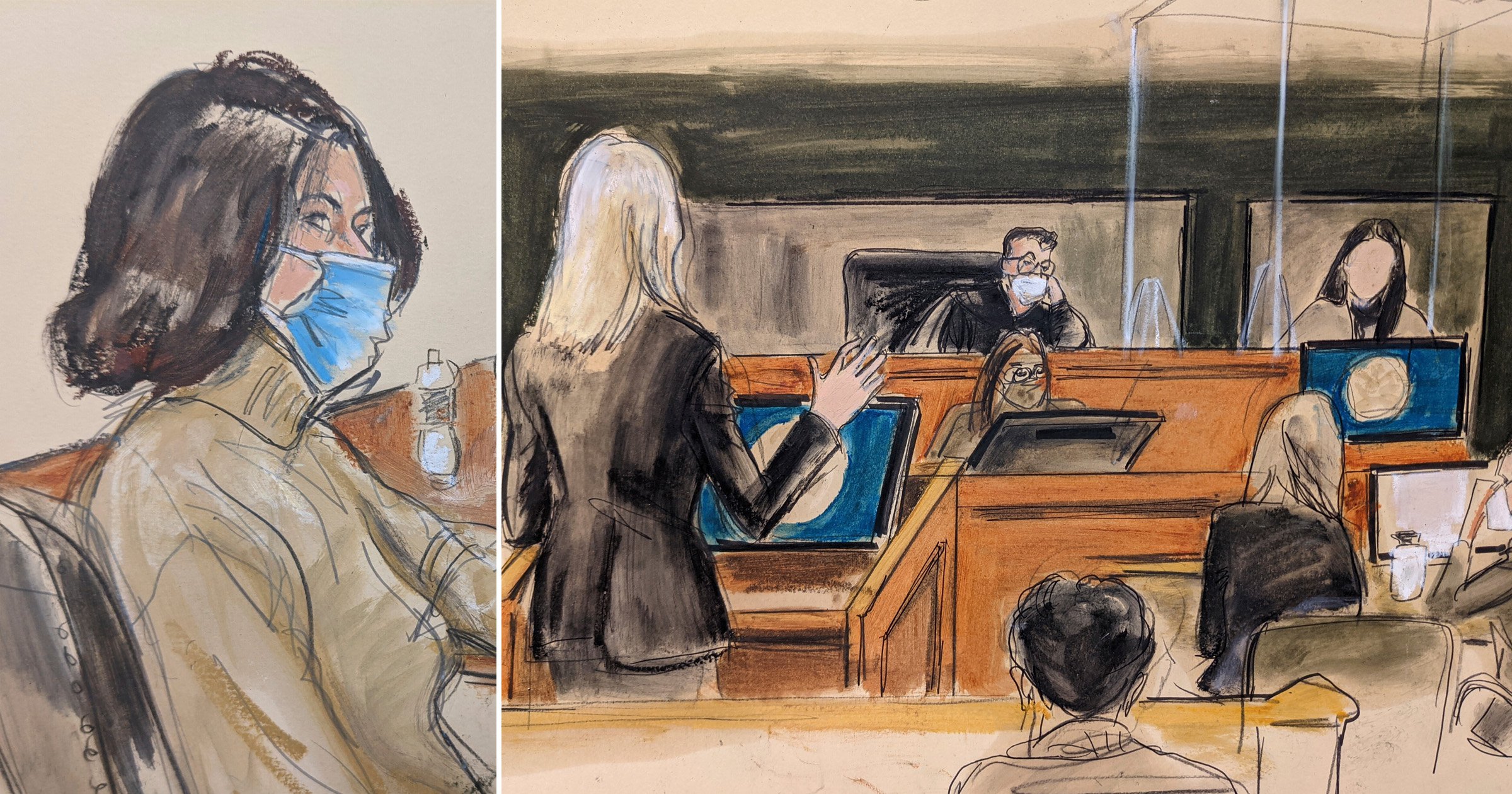 The first accuser in Ghislaine Maxwell’s child sex trafficking trial has said that Jeffrey Epstein introduced her to Donald Trump and Prince Andrew when she was 14 years old.

During cross-examination on Wednesday, the woman using the pseudonym Jane said she met the two powerful men when she was a teen, but stopped short of accusing either of misconduct, The Guardian reported.

Jane is testifying that Maxwell pulled her into Epstein’s predatory circle at age 14. She said at times Maxwell was present when Epstein sexually abused her, and sometimes even participated in the abuse.

Jane claimed the late Epstein introduced her to the former president at Mar-a-Lago, Trump’s home in Palm Beach, Florida, at that young age.

‘He took you in a dark green car and you met Donald Trump, there correct?’ Menninger asked.

Menninger also asked her if she remembered Prince Andrew being on a flight with her, to which Jane replied: ‘Yes.’

Menninger continued to question Jane, seeking to portray her as unreliable and opportunistic. She repeatedly asked questions attempting to undermine her recollection of events.

Maxwell’s defense is expected to call psychologist Elizabeth Loftus as a witness to discuss how people can form ‘false memories’.

She began her testimony recalling when she met Maxwell in 1994 while attending music camp to become a singer. Jane said had been sitting on a bench with a few friends and was approached by Maxwell, who was walking with a Yorkie.

After some interaction, Epstein joined and eventually asked for her phone number. She soon began receiving invitations to Epstein’s home.

Epstein, a financier and pedophile, killed himself at a New York City jail in August 2019 while awaiting his own sex-trafficking trial.

Maxwell, 59, is on trial for six counts related to her alleged involvement in Epstein’s sexual abuse of teenage girls. She has pleaded not guilty to all counts.

Prosecutor Alison Moe asked Jane about her sexual contact with Epstein when her testimony began Tuesday, asking if the abuse happened ‘more than once when you were 14-years-old?’

To that, Jane said, ‘more than once.’

Moe then asked: ‘Was there ever anyone else in the room?’

‘Who was most frequently in the room when you had sexual contact with Jeffrey Epstein when you were 14 years old?’

D-Day commemoration: Victims of secret slaughter are honoured 75 years on