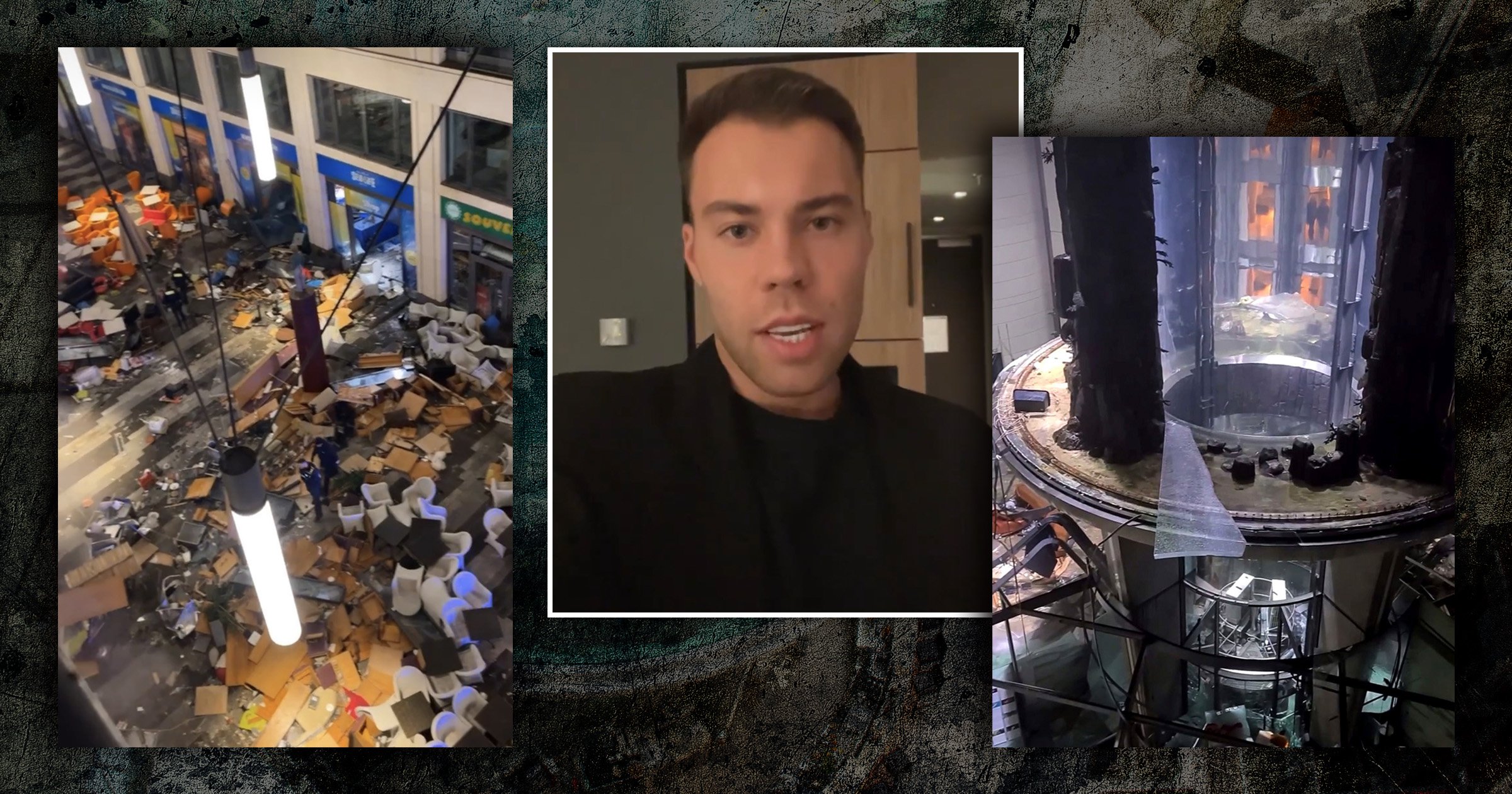 Guests have told how they thought a plane had crashed when an aquarium in Berlin exploded leaking millions of litres of water into the street.

He said it was the ‘scariest moment of my life’ as he woke up to what sounded like a huge explosion.

He told Metro.co.uk: ‘At first I thought it was an aeroplane flying very low towards the building as when I woke up initially I could hear a quiet rumble and then there was this huge explosion and I just imagined a plane had hit us.

‘I was absolutely petrified, especially as I was on vacation by myself.’

As the hotel lobby began filling with water, the blogger from Lisbon, knew he had to get out immediately.

He added: ‘I couldn’t believe this was happening. I had only just flown to Berlin for the first time, and had chosen to stay at the hotel because I absolutely love the Radisson collection.

‘It’s such a great hotel brand and of course I had been excited to see the fish tank.’

Although he points out the staff did not alert him straight away to what was going on, he saw it from his own eyes as he ran out his room.

He said: ‘I felt as though my room was shaking and I just had to get out of the building.

‘I looked outside of my room and saw that the aquarium had been destroyed.

‘All I could see was glass absolutely everywhere.

‘I didn’t see any fish, all I could see looking down was a lobby full of smashed glass, people looking on in shock and emergency vehicles outside. It was a total disaster.’

Having spent the previous evening admiring the aquarium when he arrived at the hotel, Aleksei described it as ‘one of the most beautiful things I have seen.

‘I am absolutely heartbroken that this has happened. Seeing something so beautiful one night and now suddenly seeing it destroyed, I am still in absolute disbelief. I can’t understand how this can happen.’

Along with around 350 other guests at the hotel, Aleksai, is now looking for different accommodation.

His mum heard about hat happened and contacted him in shock.

He said: ‘I was frightened and my mum worries about me. I’m not surprised as there was so much water leaking everywhere, broken furniture lying all over the place and shards of glass sticking out.

‘I am just so relieved nobody has been seriously hurt. I mean, there is a lift that rides through the tank. That could have had people in it which would have been horrific.’

The aquarium, which was last modernized in 2020, is a major tourist attraction in Berlin.

The 10-minute elevator ride through the tank was one of the highlights of the attraction.

It is believed that freezing temperatures had led to the leak, but police have said the cause of the incident was still being investigated.